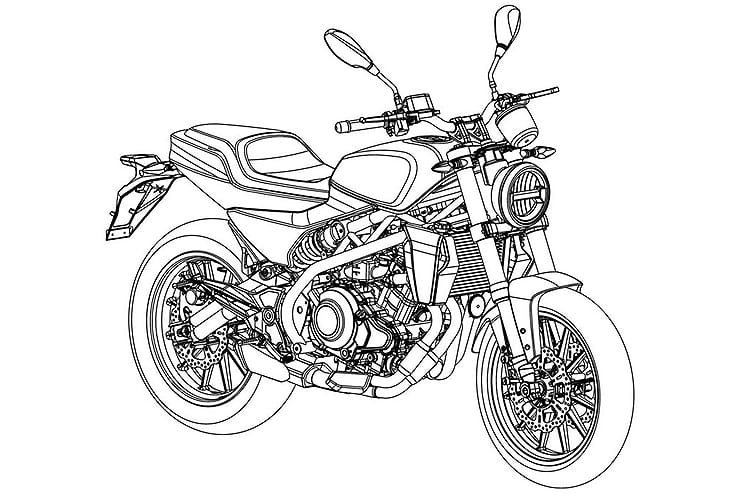 Harley-Davidson’s upcoming venture into the world of small-capacity bikes has been openly part of the firm’s future plans since it was officially announced in June 2019 but the final machine hasn’t appeared yet – despite the perfect launch opportunity at last week’s CIMA show in China.

Why CIMA? Because the new bike, called the 338R, is to be built for Harley-Davidson by Qianjiang, parent firm of Benelli and QJMotor, and aims to give the American brand a foothold in the Asian market. CIMA would have been the perfect opportunity to unveil the machine, which Chinese Harley-Davidson dealers are already starting to promote to potential customers. 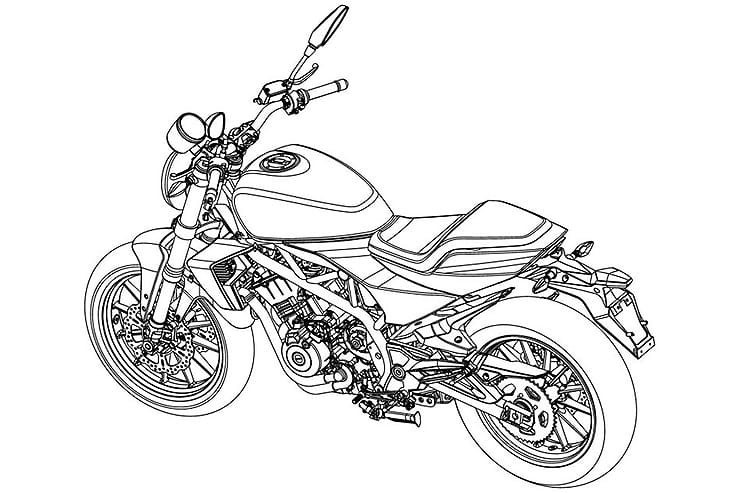 A finished-looking 338R was spotted in China last month, adding to speculation that the bike would be launched imminently, and now Harley-Davidson’s official drawings showing the final styling have been published via Chinese intellectual property authorities.

The implication is that either the bike is on the verge of being officially launched, or that it was intended to have been unveiled by now but has been delayed. The latter possibility arises because Harley-Davidson has recently reorganised is future plans, refocussing on the traditional American cruiser market and cutting back on international expansion ideas that were the focus of the firm under ousted CEO Matt Levatich.

Just this week it’s emerged that Harley-Davidson plans to withdraw from the Indian market.  The plan was revealed in financial filings with the US Security and Exchange Commission revealing that around 70 jobs will go at the firm’s Indian operation as a result. Does the move – and the fact that the HD338 wasn’t shown at CIMA – suggest there’s been a rethink on the project? We’ll have to wait and see. 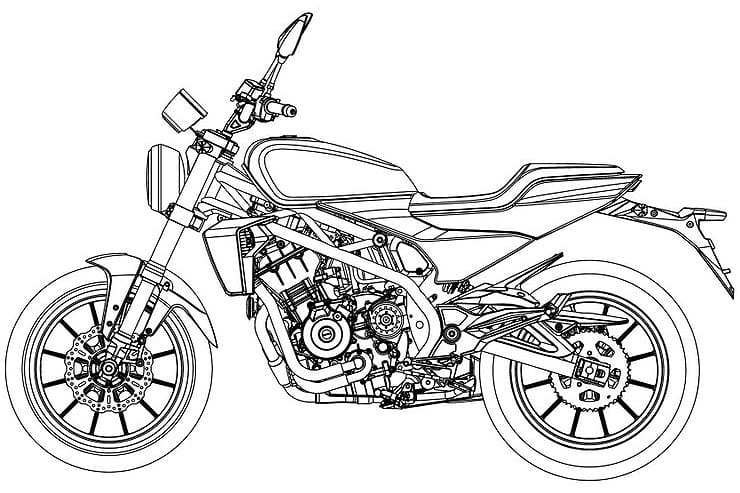 As indicated by the sketches revealed last year, Harley’s 338R is basically a rebodied version of Qianjiang/Benelli’s 302S parallel twin, sharing the same frame, suspension, brakes, wheels and engine architecture. The 338cc capacity can be reached by combining the short 45.2mm stroke of the 300cc Benelli twin with the 69mm bore of the larger, 500cc version of the engine that’s used in the likes of the Leoncino 500 and Benelli 500C.

Confusingly, Qianjiang unveiled another bike based on the same engine/chassis combo at CIMA last weekend. Called the the QJMotor SRT 350, it features a reworked motor with a 353cc capacity, and in early design images that machine was shown with Harley-Davidson logos on the engine cases. Harley also referred to its project as the ‘HD350’ when it was signed-off for production late last year, but the final Harley’s ‘338R’ name seems to suggest the original 338cc capacity remains. 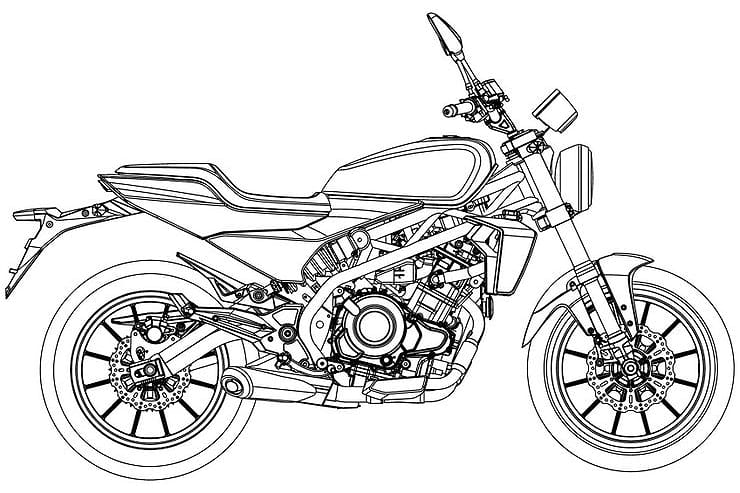 Design-wise, the 338R is quite successful, creating a flat-track-style machine that’s much more distinctive than the Benelli 302S. Whether that’s enough to make it worthy of the Harley brand will be down to the judgement of the individual, but seen simply as a small-capacity twin that grabs the neo-retro zeitgeist, it looks quite promising.

Not that we’ll get a chance to find out if it lives up to that promise. Even if the project continues as originally planned by Levatich rather than falling under the axe of new CEO Jochen Zeitz, it’s not planned to reach European or US markets.