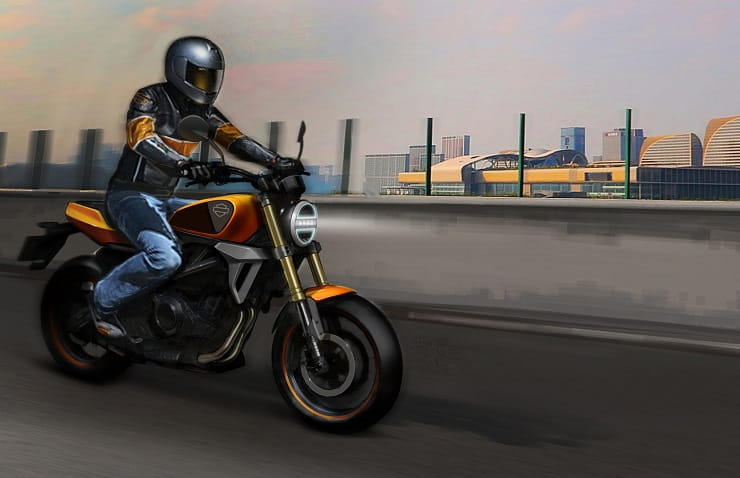 The name Harley-Davidson might be synonymous with rumbling V-twins but the firm has a long history of making small-capacity bikes as well. So the news that the firm is joining forces with Chinese firm Qianjiang to make a Benelli-based 338cc parallel twin might not be quite as strange as it first seems.

Qianjiang is a bike-building giant in China. Since 2016 it’s been owned by automotive behemoth Geely, which sells cars under its own name but also owns more familiar western brands Volvo and Lotus as well as the upcoming car firm Lynk&Co. Qianjiang itself sells bikes under brands including Keeway, Generic, KSR-Moto and, of course, Benelli.

The newly-announced Harley-Davidson, which has been revealed in the firm’s own renders, appears to be a derivative of the existing Benelli 302S naked bike. It shares the same chassis and appears to use the same forks and brakes as the Italian-branded, Chinese-made machine, as well as using an identical-looking engine.

The motor itself must be getting changes, since Harley has announced an unusually-specific 338cc capacity for the parallel twin. It’s likely that number is being achieved by using a mix-and-match process, since Qianjiang currently makes the same engine in 300cc and 500cc capacities. The smaller motor powers the Benelli 302S, while the larger one is used in the 502C and TRK502.

By using the crankshaft from the Benelli 302S, with a stroke of 45.2mm, and the pistons and cylinders of the 500cc engine – which uses a 69mm bore – you arrive at exactly the 338cc capacity that Harley is claiming.

Borrowing parts means the bike’s development can be accelerated, and Harley says it will be on sale by the end of next year. Probably not here, though. The intention is very clearly to open up the Chinese market to the Harley-Davidson brand, and the firm has also previously announced intentions to use a similarly-sized machine to unlock the massive Indian market.

“Harley-Davidson has always been about inspiring riders around the world. Our More Roads plan is all about bringing our brand of freedom to more people, in more places, in more ways,” said Matt Levatich, Harley-Davidson’s president and CEO, “We’re excited about this opportunity to build more Harley riders in China, one of the world’s largest motorcycle markets, by creating new pathways to our brand.”