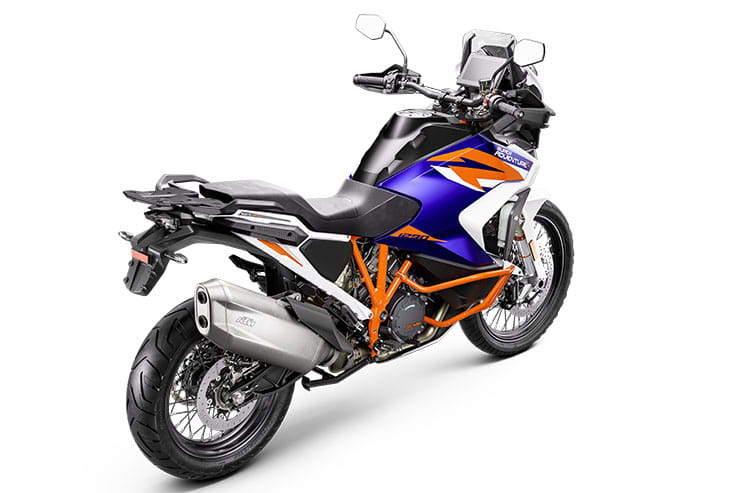 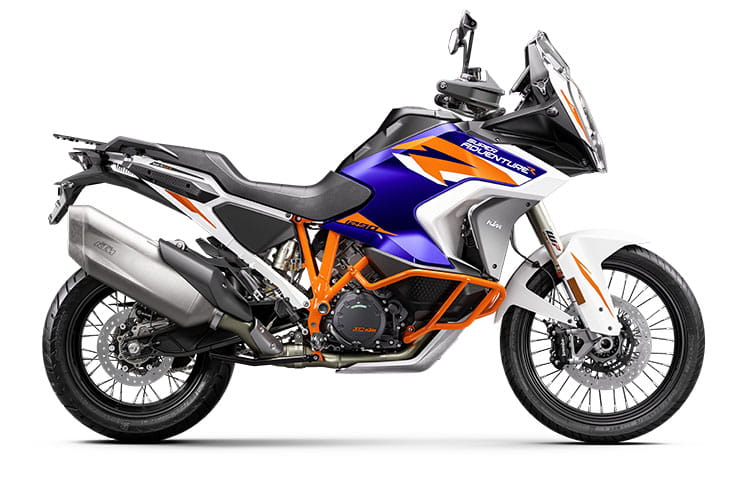 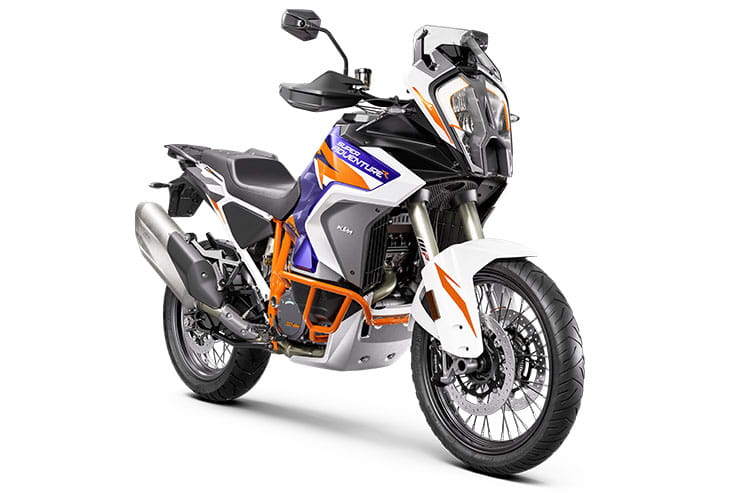 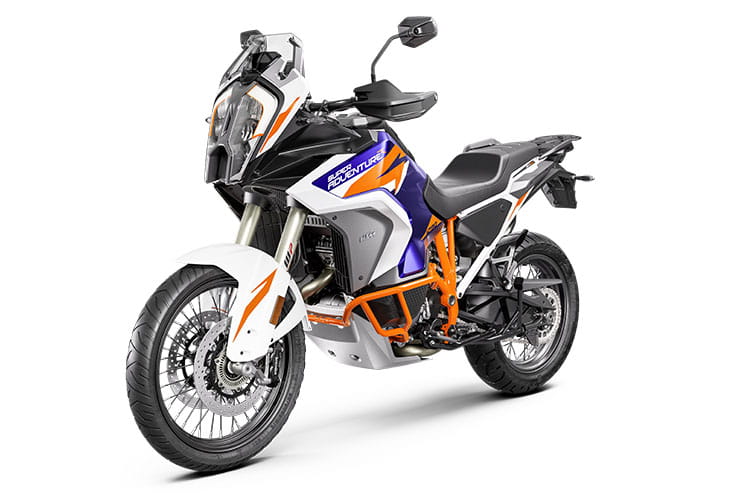 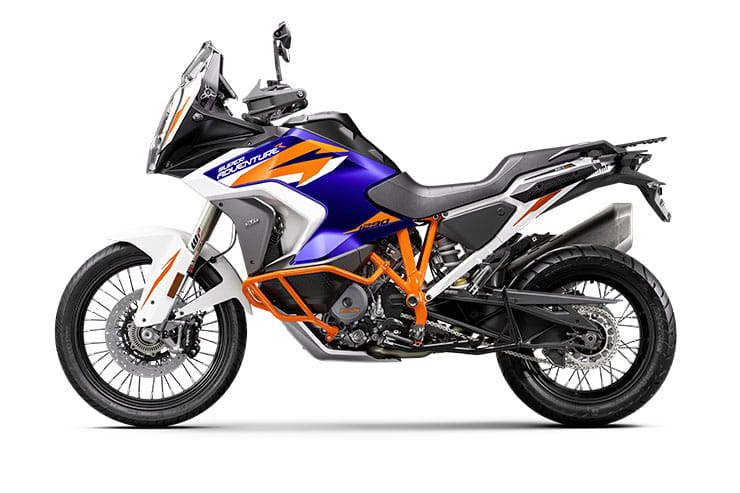 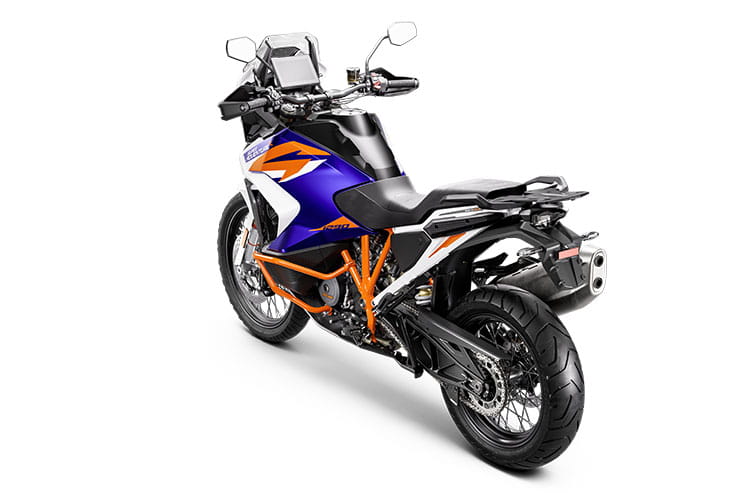 Ever since the unveiling of the new-for-2021 KTM 1290 Super Adventure S in January it’s only been a matter of time until a more off-road-oriented ‘R’ model joined the range. Now here it is, complete with a higher price and dedicated components to give real ability away from the beaten track.

It's fair to say that for the typical tarmac-bound rider looking for an exciting, 160hp alternative to the ubiquitous BMW R1250GS, the alloy-wheeled ‘S’ version, with its creature comforts that include semi-active suspension and standard-fit adaptive cruise control, is probably the wiser choice. But for buyers who really want to take a superbike-powerful machine off road, the 1290 Super Adventure R has the specs to do it. 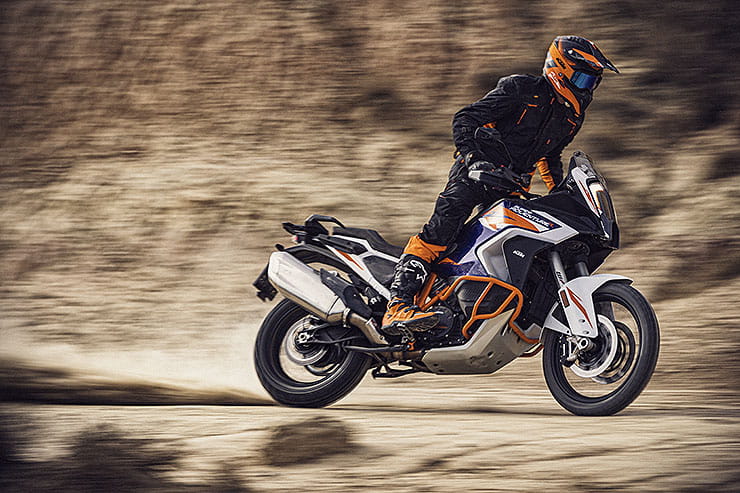 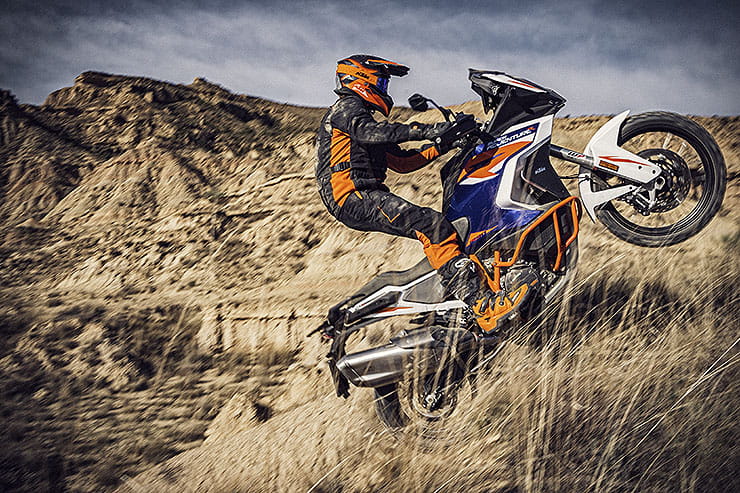 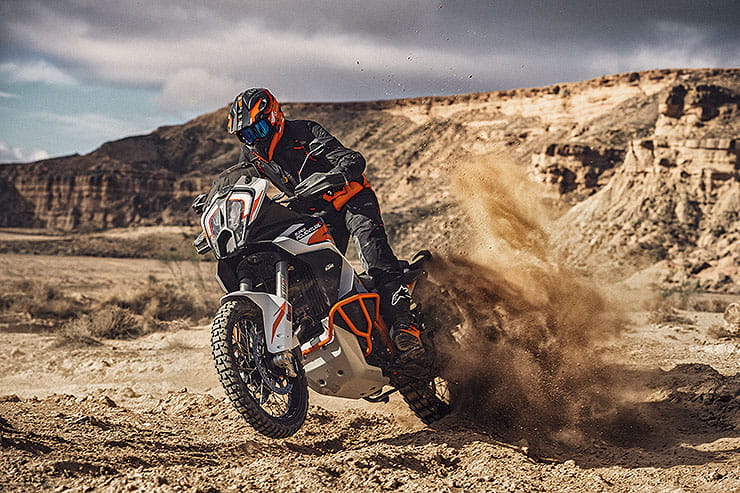 The basics of the bike are shared with the new 1290 Super Adventure S, including a new frame that shifts the steering head back by 15mm and repositions the engine to focus more of the bike’s weight towards the front. The three-part, 23-litre fuel tank, with the main mass of petrol slung into side-mounted sections to keep the weight low, is also borrowed from the S, as is the renewed styling, but the R gets its own dedicated suspension parts to maximise its adventure ability.

Where the S uses WP’s semi-active APEX SAT forks and shock, altering damping as you ride, the R version dispenses with that complexity in favour of WP XPLOR kit front and rear. The forks are 48mm upside-downers, with split damping (compression in one fork, rebound in the other) that can be adjusted manually via easy-reach dials on the top of each leg.

The suspension travel increases from the S’s already long 200mm to a full 220 at both ends, with the extra 20mm reflected in a seat height of 880mm. That’s significantly taller than the S, which is adjustable from 849mm to 869mm, but still 10mm lower than the previous-generation 1290 Super Adventure R.

Wire wheels, 21in at the front and 18in at the rear, replace the 19in and 17in alloys of the S. They’re from Alpina, with forged aluminium rims and sealed spokes to allow the use of tubeless tyres. 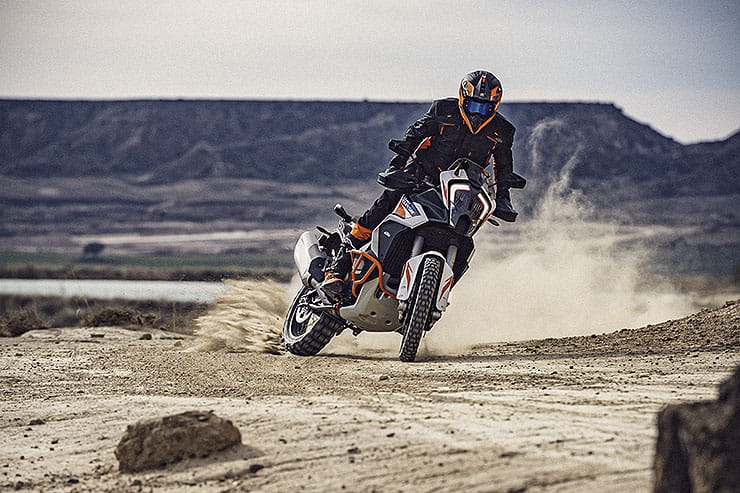 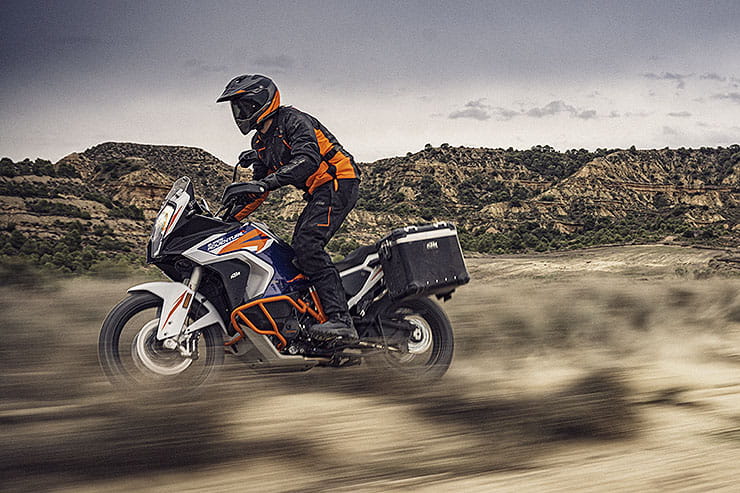 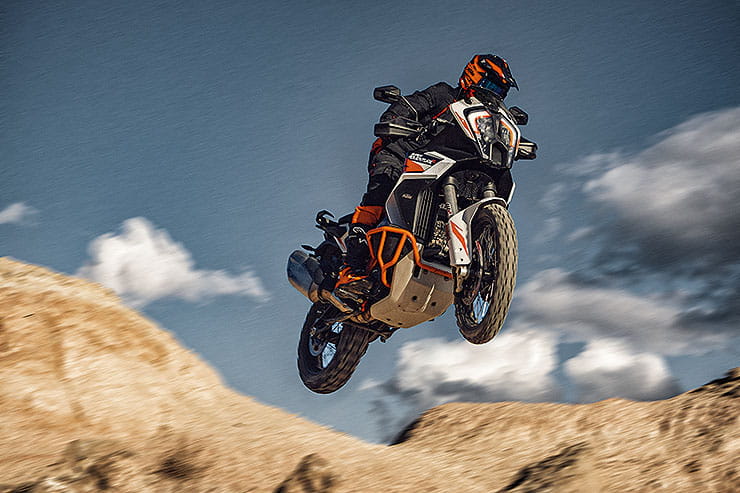 The suspension electronics might be cut back but the Super Adventure R still has plenty of computer brain power, with a six-axis IMU feeding info to traction control, stability control, motor slip regulation and off-road ABS systems. As on the ‘S’ version, there are ‘street’, ‘sport’, ‘rain’ and ‘off-road’ riding modes as well as an optional ‘rally’ mode that allows you to choose between nine levels of wheelspin along with more aggressive throttle response.

A big, 7in TFT dashboard provides control over the settings, and (as with most of 2021’s new bikes) offers smartphone connectivity for navigation, calls and music control. New bar controls are designed to make it easy to flip through the layers of menus and modes, while keyless ignition keeps the Super Adventure R on a par with its rivals in terms of convenience.

The engine is identical to the S’s, with 160hp at 9000rpm and 102lbft at 6500rpm, putting the Super Adventure pair near the top of the tree when it comes to fast adventure bikes, with 10hp more than the Harley-Davidson Pan America that was revealed just 24 hours before the Super Adventure R, but 10hp less than Ducati’s 170hp Multistrada V4.

As with the S, the R’s engine is reworked for 2021, meeting Euro 5 emissions rules and losing weight from the crank cases. It also gets new piston, revisions to the transmission and a new exhaust. 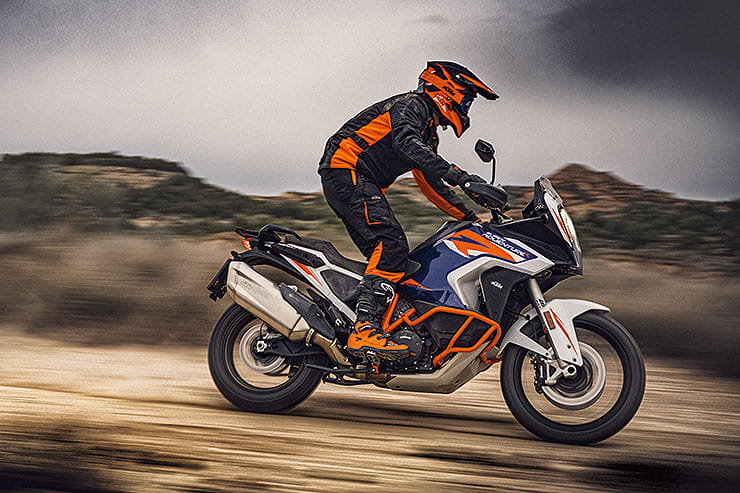 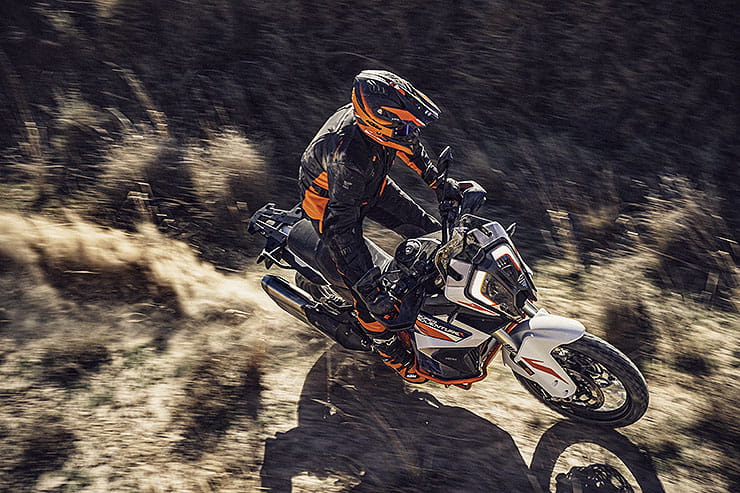 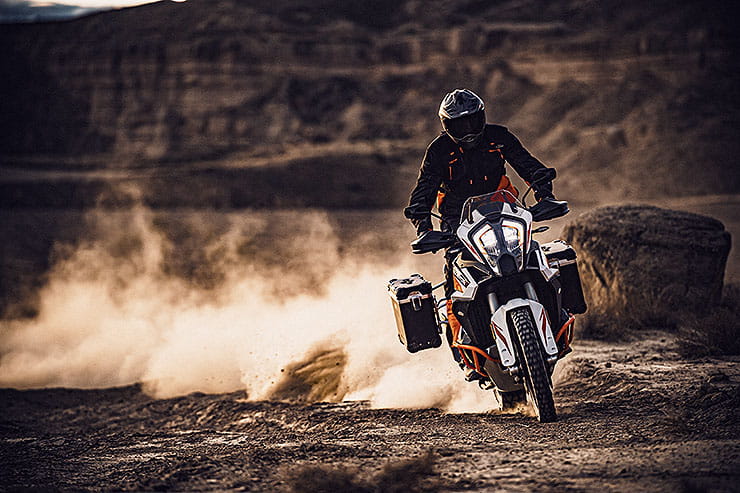 While the styling is largely the same as the Super Adventure S, the R gets sportier graphics and you might notice that the arch-shaped hole under the LED headlight, which also has cornering light functions, is empty. That’s because the radar-assisted cruise control that’s standard equipment on the S version (making it the only bike to have such kit as standard rather than an option), is missing on the R, which has normal cruise control but no adaptive system.

The radar isn’t even on the options list, although there are still plenty of add-ons that can be specified, including KTM’s Quickshifter+ up-and-down shifter, which has been improved for the 2021 bike, as well as an Akrapovic exhaust, Touratech luggage and alternative footpegs.

Even without add-ons, you can tailor the Super Adventure R thanks to bars that can be fitted in two positions, adjustable levers and foot controls and a manually moveable screen. 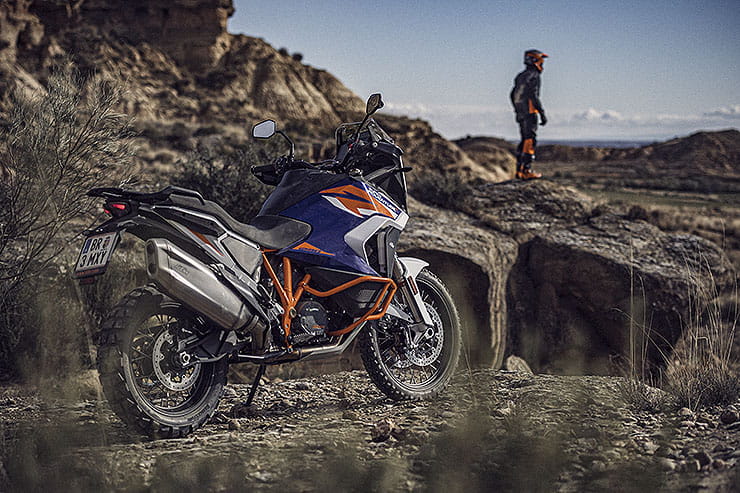 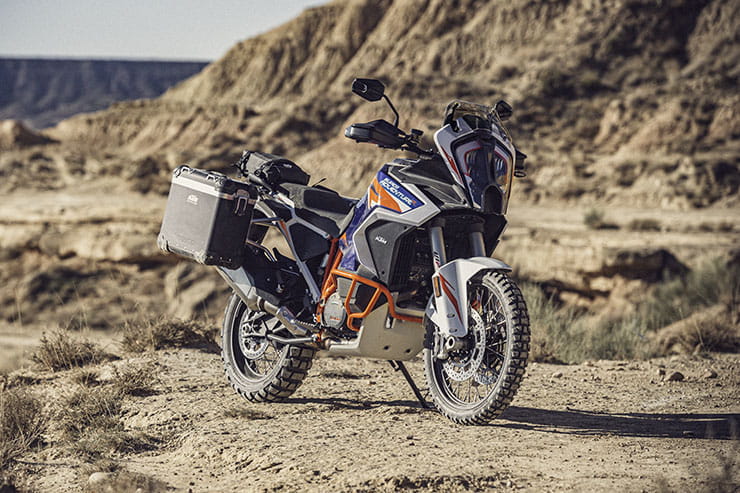 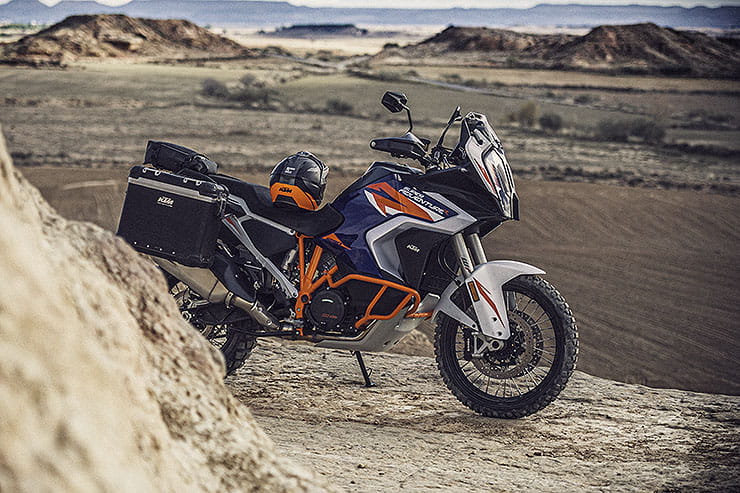 You might be forgiven for thinking that the 1290 Super Adventure R, since it lacks the S’s semi-active suspension and radar-assisted adaptive cruise control, would be cheaper than its sibling. In fact it’s more expensive, coming in at £15,999 – a full £1000 more than the S – presumably reflecting the cost of the higher-spec suspension and wheels as well as parts like the crash bars that are fitted as standard on the R but not the S. 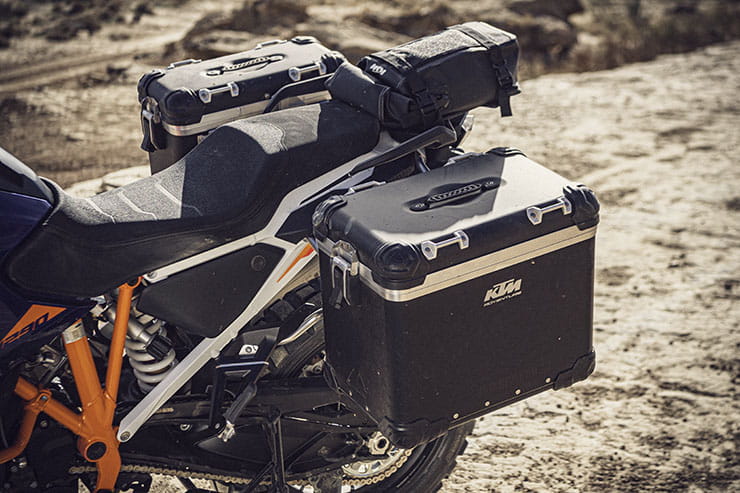 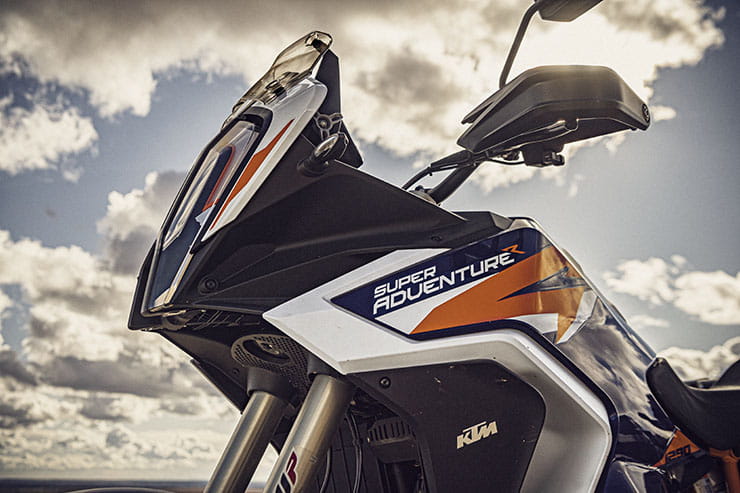 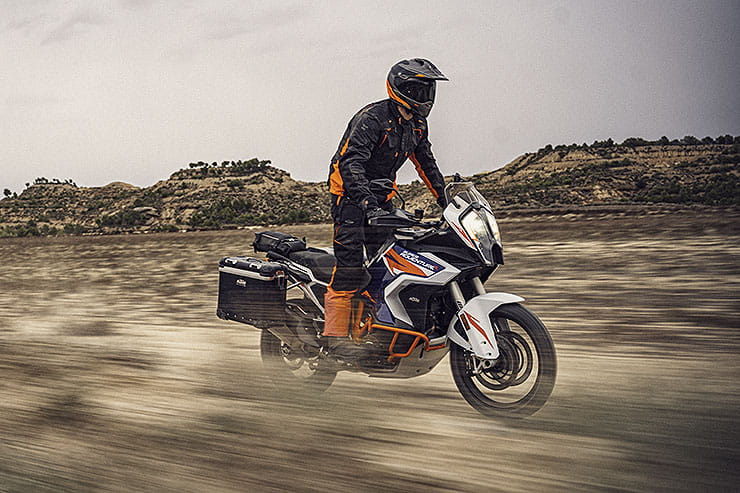 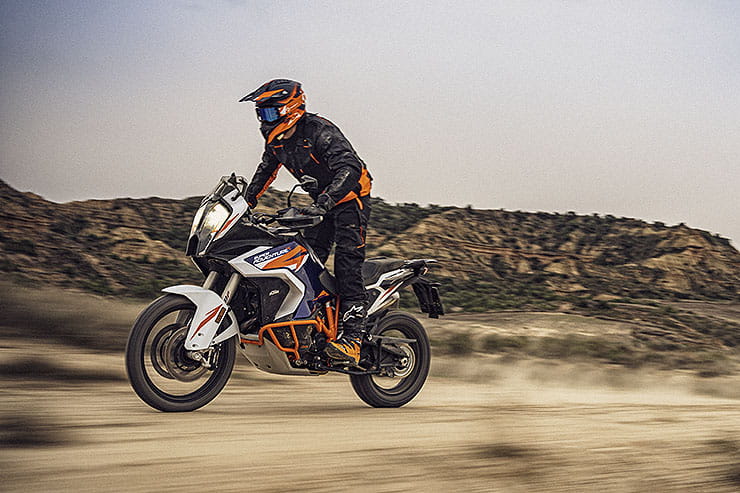