Is this BMW’s next electric scooter? 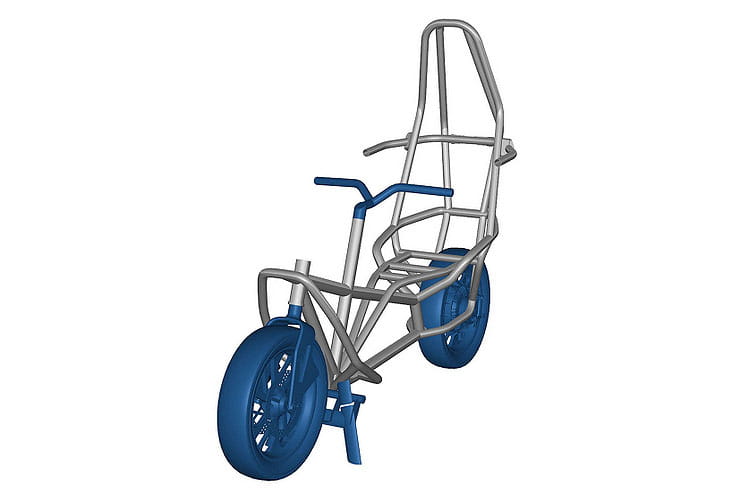 BMW has already revealed the near-production version of its upcoming CE 04 electric scooter now the company filed intellectual property paperwork for another model that appears to be aimed at vastly improving safety.

The firm revealed the CE 04 last November as a productionised version of 2017’s ‘Concept Link’, but even before that announcement we’d revealed that the firm was developing the bike as well as another model that’s expected to go under the name CE 02. Could these new designs relate to that machine? It’s quite possible, particularly since paperwork accompanying the IP registration shows they were drawn up in 2018, shortly after the Concept Link was unveiled. 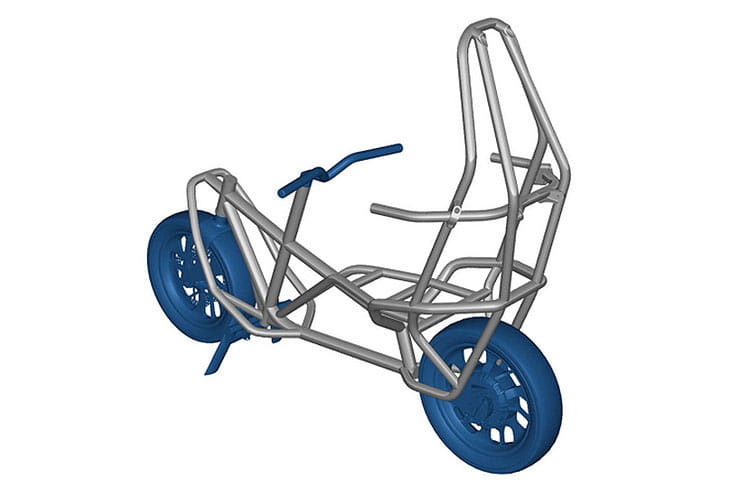 Although stripped of all bodywork and most of the mechanical parts, it appears that the new design is intended to be an electric model using a hub-mounted motor. However, it’s the setup’s focus on safety rather than its powertrain that breaks the mould.

BMW has a long history of trying to make two-wheelers that offer car-like protection for their riders, most notably with the C1 scooter made between 2000 and 2002. Despite its short life, the C1 has had a lasting effect on the company’s thinking. It was revived as an electric concept bike – the C1-E – in 2009, and more recently, in 2019, the company patented designs for a roofed version of the C Evolution electric sooter, sharing many of the same ideas. 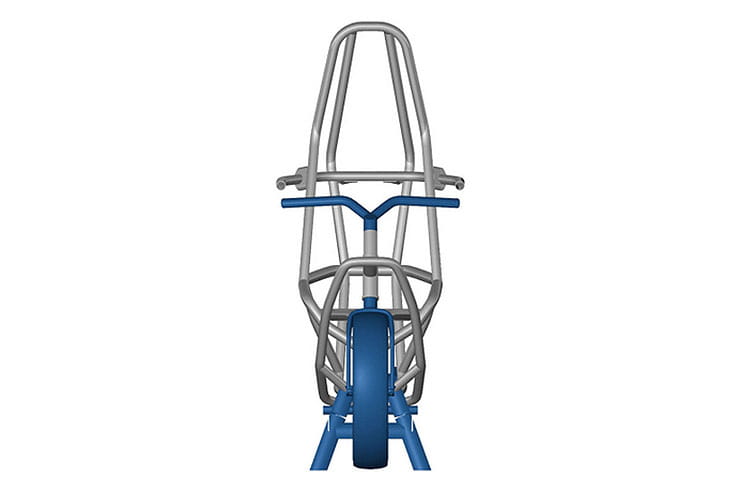 This new design isn’t just a redux of the original C1, though, as it steps away from the idea of having a roof. Instead, there’s a roll cage around the rider’s back.

More significantly, it also completely repositions the rider, putting him or her much further back than you’d expect. As a result, in the event of a front-on crash, you’re further away from the point of impact.

To achieve the move, the steering has been rethought, with conventional bars mounted on a steering stem that’s at least a foot behind its normal position.  A linkage, not shown in the images, transmits movements of the bars to the front wheel.

As a downside of the design, it appears that the bike will be a strict single seater, although given that’s the way most scooters are used for the majority of the time it’s probably not a deal breaker for many buyers. 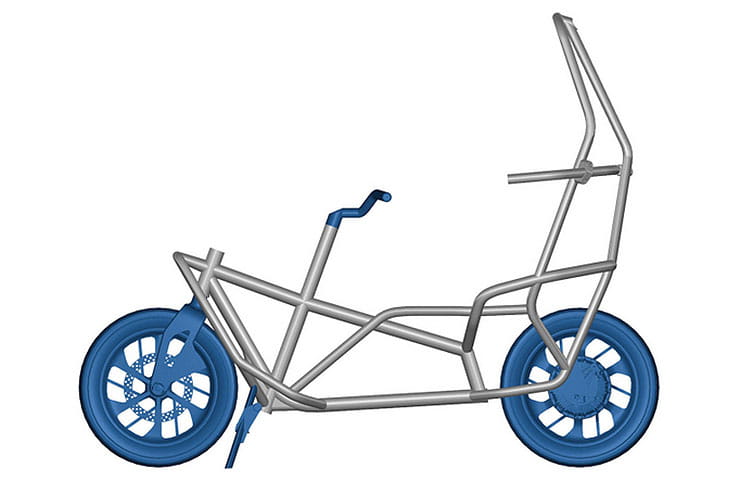 Normally, we’d expect to see a design like this emerging via a patent intended to protect its technical innovations, but that’s not the case this time. Instead, these images have appeared as registered designs. We’d normally see the styling of bikes protected this way to prevent copycats, rather than mechanical parts, but BMW has clearly decided that the frame is such an integral part of this machine’s appearance that its IP needs to be protected.

Unlike a normal patent, designs can also have their publication deferred to keep them secret – allowing companies to protect the appearance of new products before launching them. In this instance, BMW deferred the publication of the designs for more than two years. The original documents were filed with EU authorities in August 2018.

The implication is that at the time of filing the paperwork, BMW thought it would have publicly revealed the bike by the time the deferment period expired. 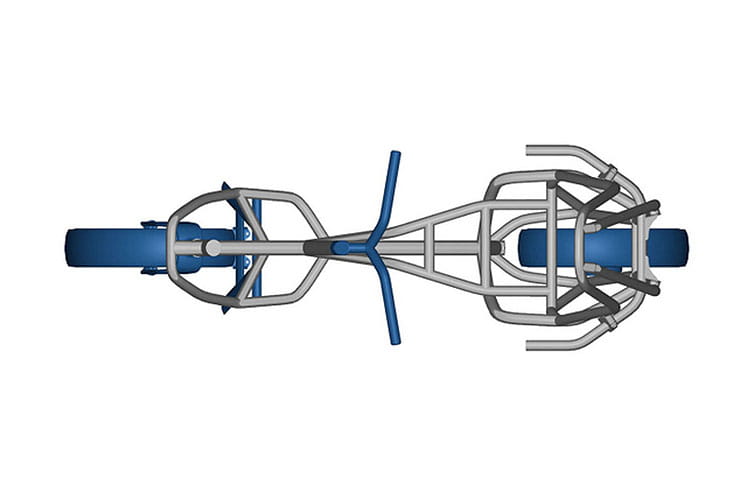