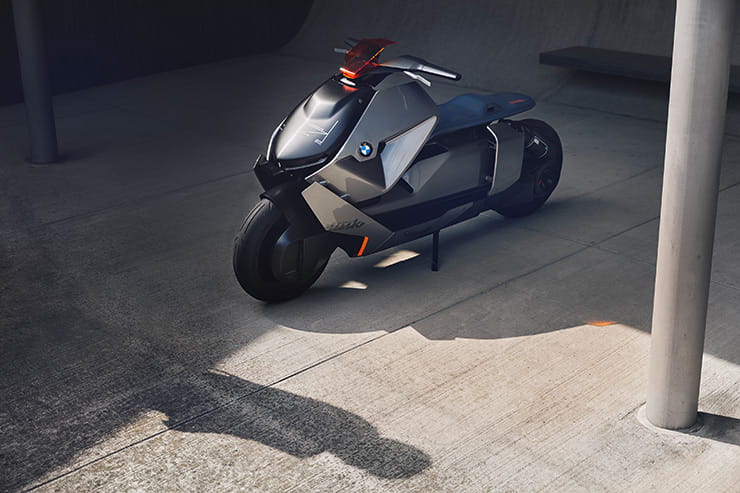 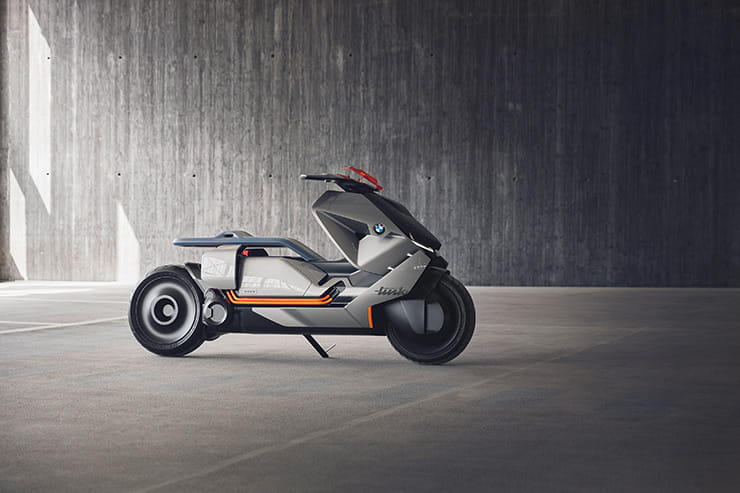 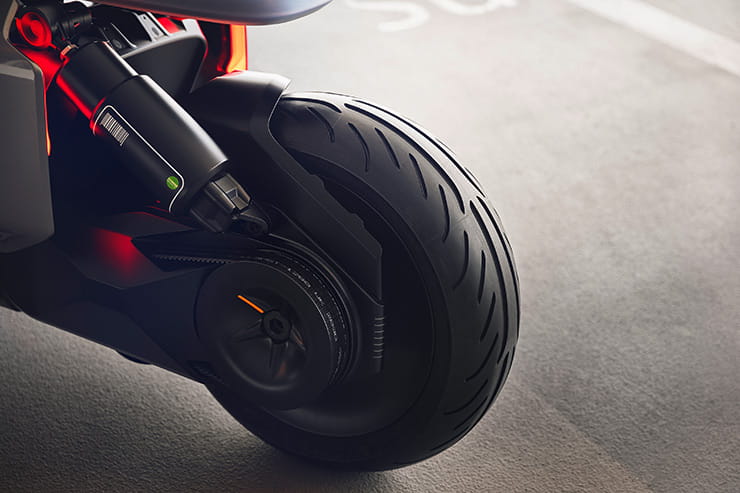 BMW’s tradition for revealing concept bikes at the Concorso d'Eleganza Villa d'Este goes unbroken this year with the unveiling of this, the Concept Link.

It’s a far cry from the firm’s previous Villa d’Este concepts, though. Where earlier show bikes have tended to be retro or high-performance models, usually previewing real production machines, the Concept Link is an electric scooter designed for the city commute.

BMW’s Villa d’Este concept bike history started with 2013’s Concept 90, the Roland Sands-designed machine that transmuted into the R NineT that’s since become a BMW best-seller. The following year saw the Concept Roadster, a lightly-disguised version of the 2015 R1200R. And in 2015 BMW revealed the Concept 101, which became the 2017 K1600B production bike. Last year’s show bike was the pre-war-based R5 Hommage, which hasn’t (yet) led to any production model.

The 2017 event sees today’s reveal of the Concept Link, and while it’s slathered in a heavy veneer of concept bike trinkets it may well be hiding the underpinnings of a future production model.

So, what is it? We’ll, it’s a battery-powered scooter that’s a size down from the existing C Evolution production model, and aimed more at inner-city use. The main components are a low-profile battery pack that lives in the floorboard, allied to an electric motor that drives the rear wheel by a toothed belt. And if you look past the ‘concept’ elements of the styling – the heavily cowled front wheel, orange head-up display and exposed external wiring – there’s a shape that’s in tune with the existing range of BMW scooters.

However, BMW is keen to emphasise the surface dressing of technology rather than the mechanical bits underneath. Aiming to engage with the constantly web-connected, millennial mind set, the bike’s intended to tie-in with its owner’s digital life. Things like a nav system that consults your calendar and picks routes based on upcoming appointments, for instance, and a touchscreen dashboard mean that its interface is more like a smartphone than a scooter.

Edgar Heinrich, head of design at BMW Motorrad, said: “The BMW Motorrad Concept Link stands for a new understanding of urban mobility. It links the digital and analogue world and places the focus on the rider and his mobility needs. In the way it links functionality and digitalisation it performs both as a means of transport as well as a communication device. 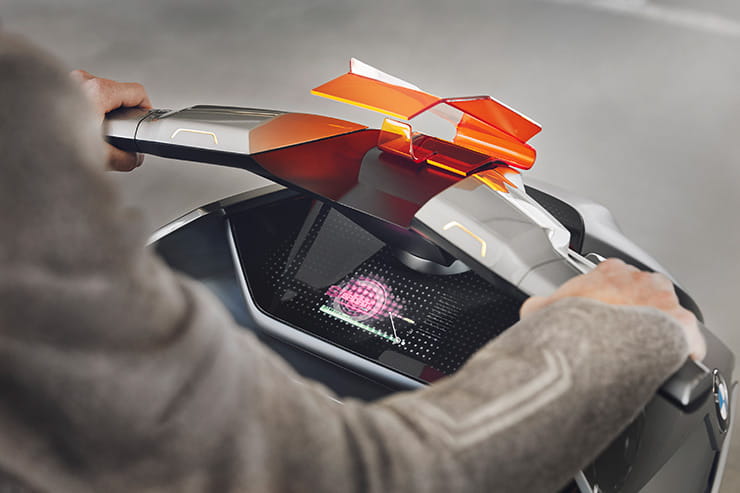 For me the BMW Motorrad Concept Link, with its timeless and reduced style, is more than a concept – it is rather a symbol for a new era.”

Alexander Buckan, head of vehicle design at BMW Motorrad, makes a bit more sense. He said: “The BMW Motorrad Concept Link is not based on today’s concepts, but rather meets the basic functionality needs, the technical architecture and the digital reality of today’s users. The technical realities of electric drive – such as the flat energy packs in the underfloor and the compact drive on the rear wheel – allowed us to create a highly distinctive design which shapes a new segment. The resulting expressive power of the vehicle is absolutely new for BMW Motorrad and breaks with all conventional viewing patterns.”

Other concept elements include under-seat storage accessed through a sliding side panel opened via an arm gesture recognised by the matching BMW jacket (which, perhaps suitably, looks like something a Bond villain would wear.)

Behind all this glitz and gloss lies a bike that makes some sense, though. For inner-city use, the short range of electric bikes is no problem and their lack of emissions is positive boon. BMW is known to be developing smaller scooters, including petrol-powered ones to sit below the C650, so an entry-level electric step-though would fit in nicely.

If previous Villa d’Este show bikes are anything to go by, you can expect something vaguely like this in a BMW dealer some time in about 2019.

Other Triumph News and Reviews