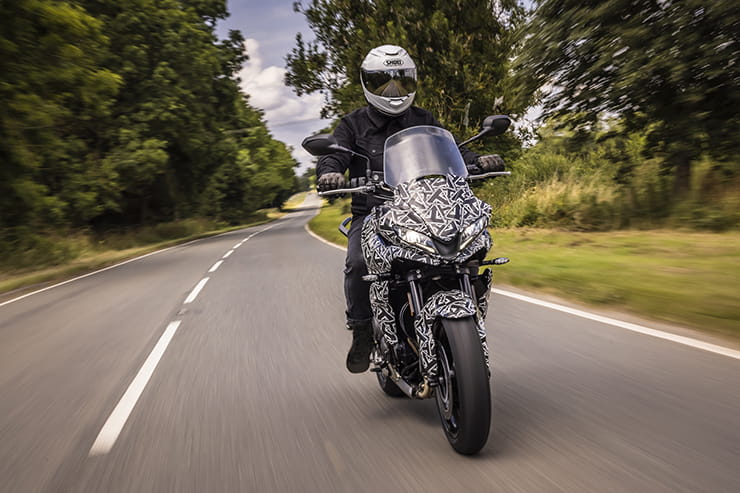 At its dealer meeting last year Triumph teased a trio of upcoming ‘660’ models with drawings showing adventure and adventure-sports models as well as the Trident roadster. Now the first of those additional bikes has broken cover in the flesh with these official teaser images of the new Tiger Sport 660.

Clearly mirroring the styling of the ‘adventure sport’ drawings shown to dealers last year, the new Tiger Sport 660 is a pure road-going model, very much along the lines of the old Tiger 1050 and its successor, the Tiger Sport 1050 in terms of stance and style. But as the name suggests it packs the Trident’s 660cc, 12-valve triple as an A2-licence legal offering. 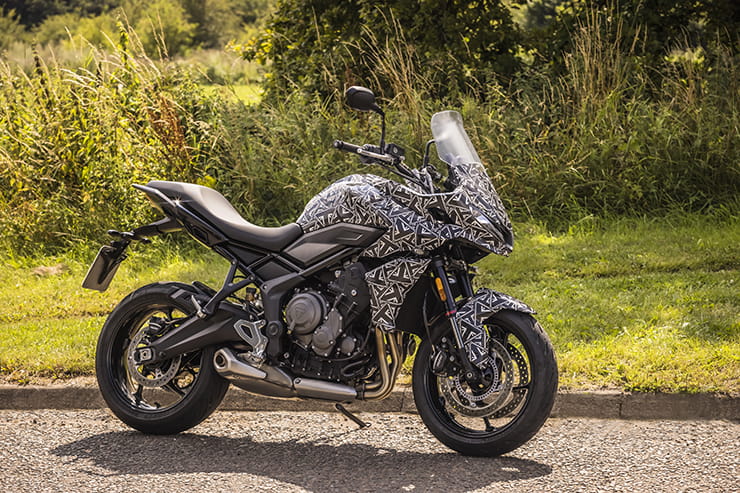 Presuming the engine spec hasn’t been altered too much, that means the Tiger Sport 660 will make around 80hp and 64Nm of torque, and like the Trident it dispenses with the alloy chassis that appears on pricier Triumph triples in favour of a tubular steel frame to cut cost.

The frame itself appears largely similar to that of the Trident, although there’s a different trim panel over the swingarm pivot section and these teaser images don’t reveal whether the geometry has been significantly altered.

While some parts, including the exhaust system, the Showa 41mm right-way-up forks and the Nissin two-piston, sliding caliper brakes, appear to be straight from the Trident, the Tiger Sport 660 has a new swingarm that’s likely to result in a change to rear ride height and wheelbase. Its riding position is also very different, with repositioned footpegs – lower and further forward than the Trident’s – and high bars mounted on lofty cast-alloy risers. 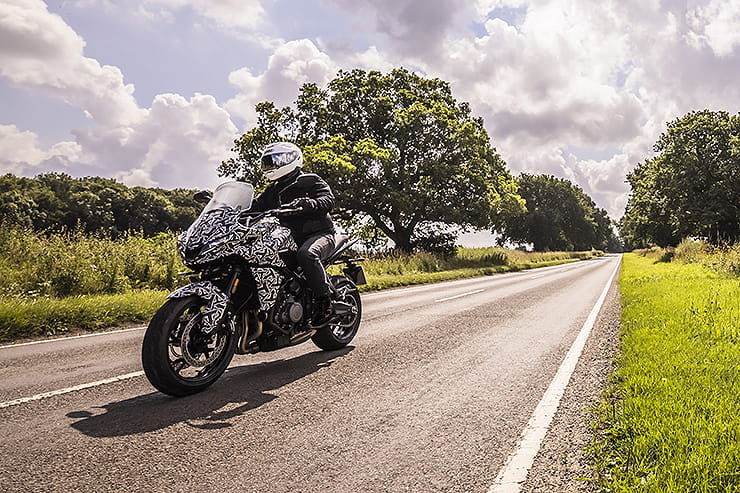 Despite the original Tiger Sport 660’s drawing being named ‘adventure sport’, the bike is more aligned with machines like BMW’s F900XR or Yamaha’s Tracer 7 and Tracer 9 models, with 17in alloy wheels at each end and absolutely no off-road intentions. The wheels themselves are again from the Trident, with a 120/70R17 front and 180/55R17 rear tyre, and the roadster is also likely to lend the new model its electronics, with two riding modes, a slip-and-assist clutch, switchable traction control and TFT instruments. A quickshifter is likely to be optional rather than standard.

Even in the disguised paintwork of Triumph’s teaser images, the bodywork’s design is fairly clear, with a brace of slanted headlights flanking a central air intake, and one shot even shows the bike with detachable hard panniers fitted.

With the Trident’s price starting at £7395, the Tiger Sport 660 is likely to be around the £8500 mark – putting it head-to-head with the Yamaha Tracer 7, and slotting into the Triumph range about £1000 below the larger Tiger Sport 850. 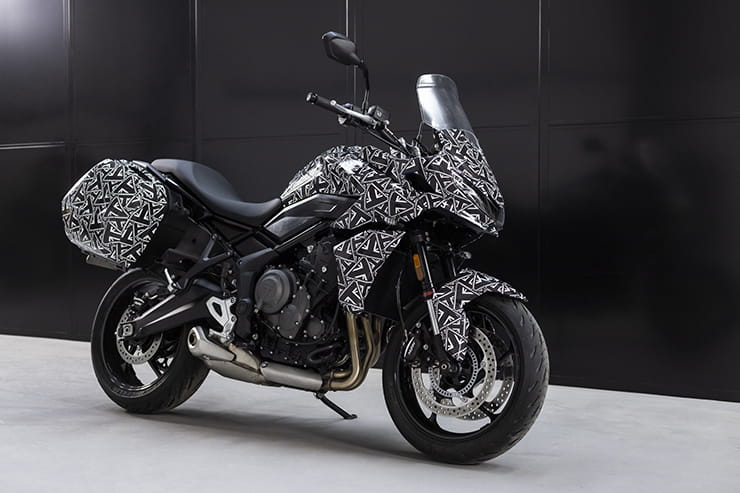 The emergence of the Tiger Sport 660 also suggests that the next model in the ‘660’ range probably won’t be too far behind it. Triumph’s 2020 dealer meeting drawings (below) showed an off-road-oriented Tiger version of the bike, with wire wheels and a much larger front wheel, along with styling that resembles the larger Tiger 900 models, including a front mudguard ‘beak’, and motocross-style side panels with faux number boards. 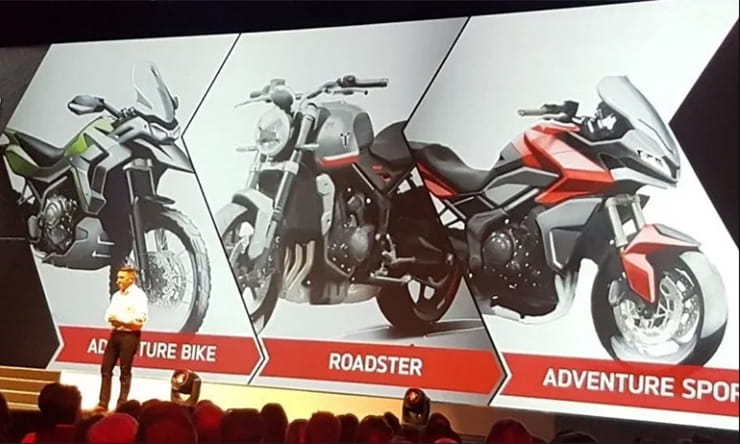