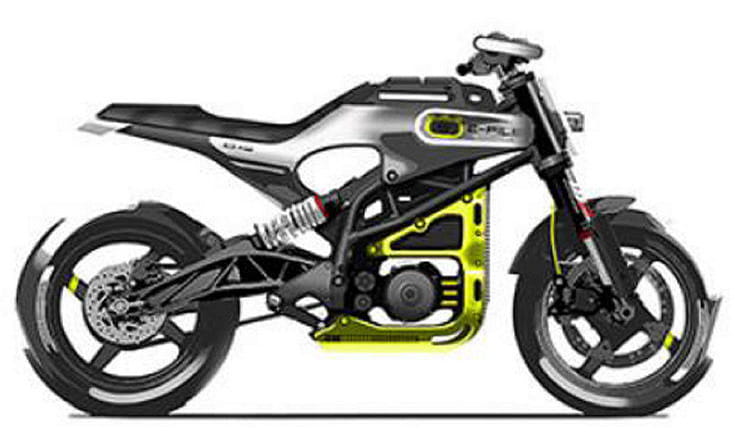 The latest investor presentation from Pierer Mobility – the company that owns KTM, Husqvarna and Gas-Gas – has revealed that Husky will launch an electric ‘E-Pilen’ model in March 2022.

Revealed in a low-res sketch, the bike is claimed to be coming in 4kW and 10kW forms, equating to 5.4hp and 13.4hp respectively to slot into the moped and learner-legal scooter classes.

It’s sure to be part of the joint development project that’s currently underway with Indian firm Bajaj, a key partner of KTM and Husqvarna. Launched last year, the project intends to create an electric platform for bikes and scooters from 3kW to 10kW, using a 48V electric system, to be used by both brands. According to Pierer Mobility’s latest annual report, “Series production will begin by 2022 at Bajaj’s production site in Pune, India.”

A Husqvarna e-scooter based on the same platform is also part of the plan, with sketches revealed in earlier investor presentions.

It’s not clear if it’s related, but KTM was spotted testing an electric prototype based on the Duke 690 back in 2017. 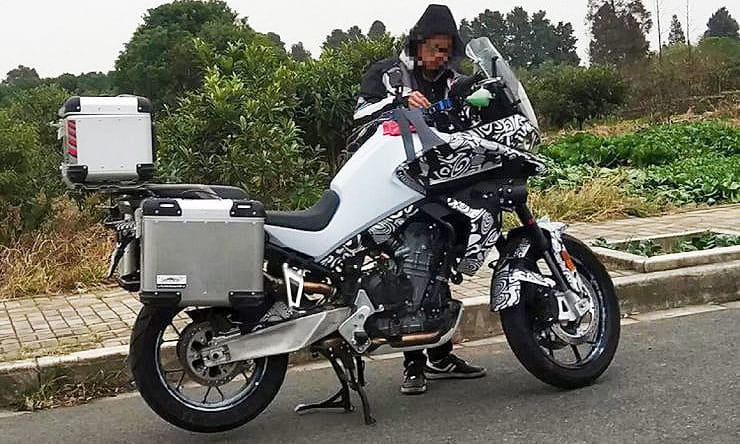 The new presentation also reveals that the CFMoto MT800, an adventure bike that’s under development in China and uses KTM’s 799cc Duke 790 parallel twin engine, will be in production in the first quarter of 2021.

CFMoto already manufactures that parallel twin engine for KTM, so it’s easy to see how it’s adopted into the firm’s own machines, but more surprising is a line in the new presentation that says the Chinese company will take on “production of 750 Duke, 750 Adventure, 750 Supermoto T for China domestic plus global markets”.

KTM doesn’t currently have a ‘750’ engine, and the introduction of such a motor would seem to clash with the existing – and fairly new – 799cc ‘790’ twin. Given that CFMoto is known to be making that, the ‘750’ in the presentation could be a mistake, intended to read ‘790’. If that’s the case, the report is still a confirmation of a new Supermoto T model based on the 790 twin. Just such a machine was seen in prototype form last summer.

Finally, the latest presentation also includes a low-res image of a production-spec version of the Husqvarna Norden 901, built around the bigger 889cc version of the same twin-cylinder engine. Shown as a concept last year, the Norden is listed as part of the company’s product portfolio, suggesting a production version’s launch is imminent. 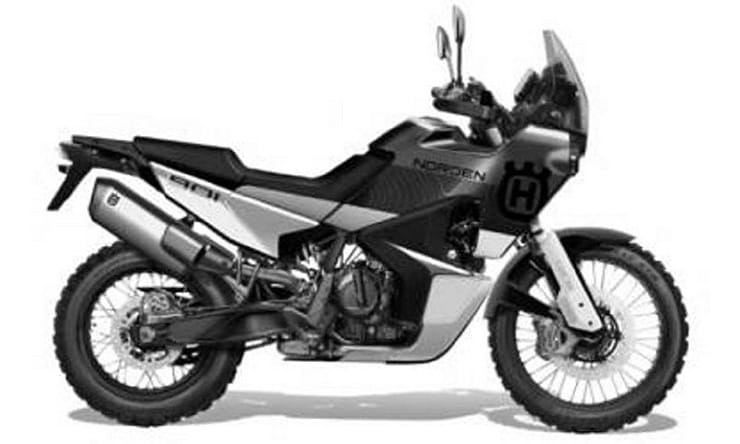