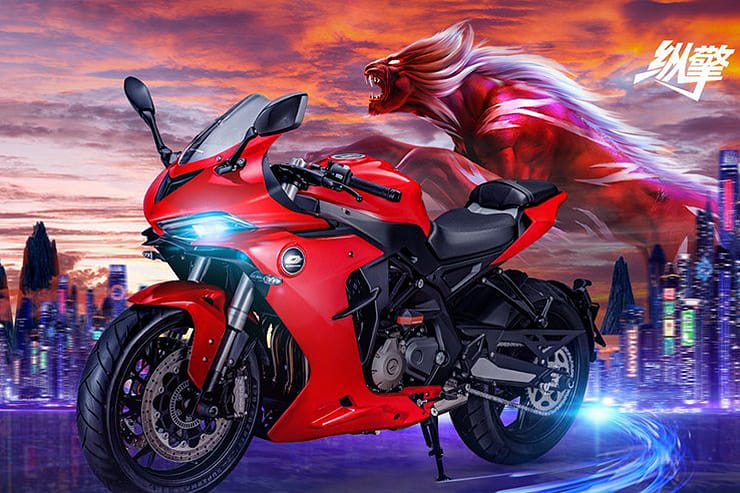 It’s rare to see an entirely new motorcycle brand started from scratch and rarer still for that brand to reach the point of having an entire range of models in production – so to see the entire process unfold in just a matter of months is remarkable. But that’s precisely what’s happened with QJMotor – a company that was just an idea not long ago but now has a full complement of 2021 models in its range.

The firm has the advantage of being a sub-brand of Qianjiang, Benelli’s parent company, and as such it’s been able to draw on a host of existing bikes and components to create its range, which is intended to cater to the new market for high-end Chinese machines that’s been engendered by the nation’s growing prosperity. QJMotor used this weekend’s CIMA show to unveil its complete line-up. 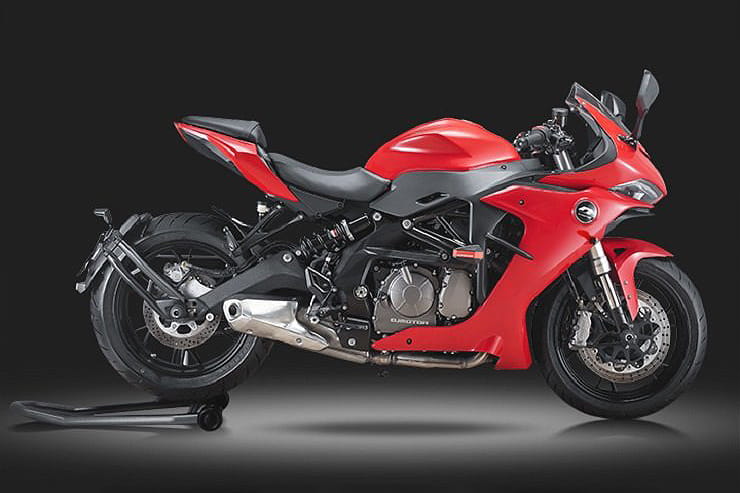 We’ve been able to follow the development of these bikes thanks to leaks, spy shots and patent applications over the last few months, but even so these are the first official images of most of them.

The two most intriguing models are the SRG 600 and SRT 750, respectively a four-cylinder sports bike and a parallel twin adventure model.

The SRG 600 is based around the engine and chassis of Benelli’s TNT600i, making 80hp at 11,000rpm and 40.6lbft of torque at 8000rpm. Not full-on supersports numbers, but enough for a 0-62mph time of 4.6s and a top speed 118mph. Kit includes LED lights, a quick-shifter (for up-shifts only) and a slipper clutch. The bar controls are even backlit.

Familiar names supply many of the bike’s components, including Bosch for the electronics, Brembo for the brakes and KYB for the suspension. Tech includes keyless start and a 5-inch TFT dashboard with an adaptable display. 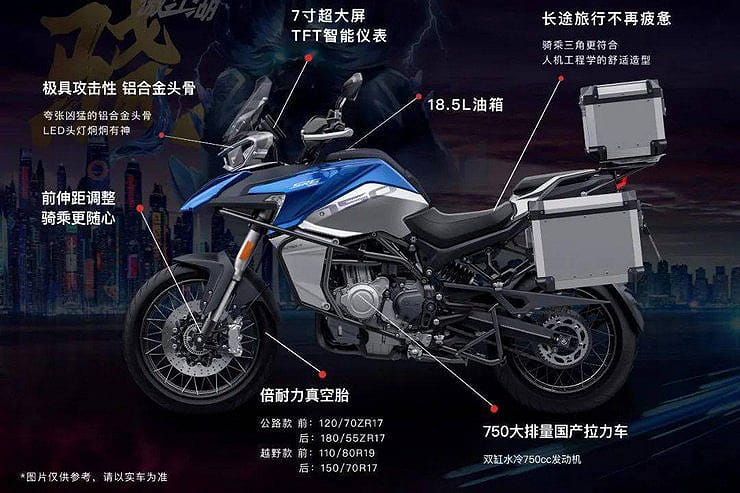 Next up, the SRT 750 is QJMotor’s biggest bike yet, featuring the 754cc parallel twin engine from Benelli’s 752S and Leoncino 800. 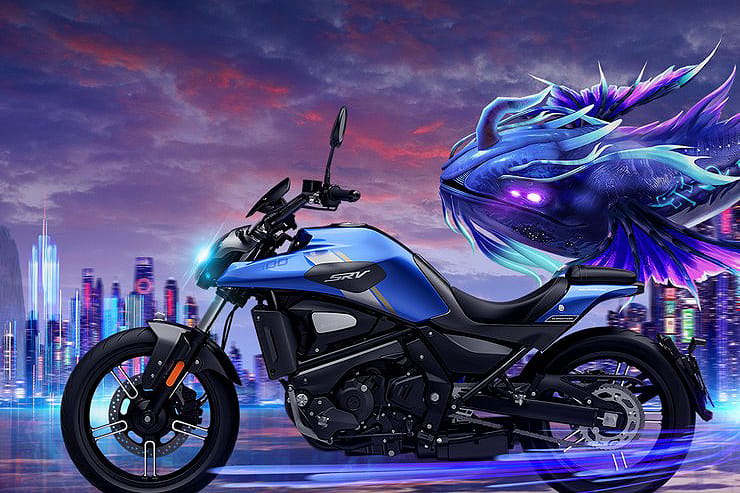 The SRV 500 is QJMotor’s spin on Benelli’s 502C, with a Diavel-style stance and oval LED headlight.

The engine is the existing Benelli 500cc twin, making 48hp at 8500rpm and 35lbft at 5500rpm. It sits in a steel tube frame with fairly basic suspension – right way up forks and a rear monoshock – weighing in at a total of 198kg with a full 14l tank of fuel. 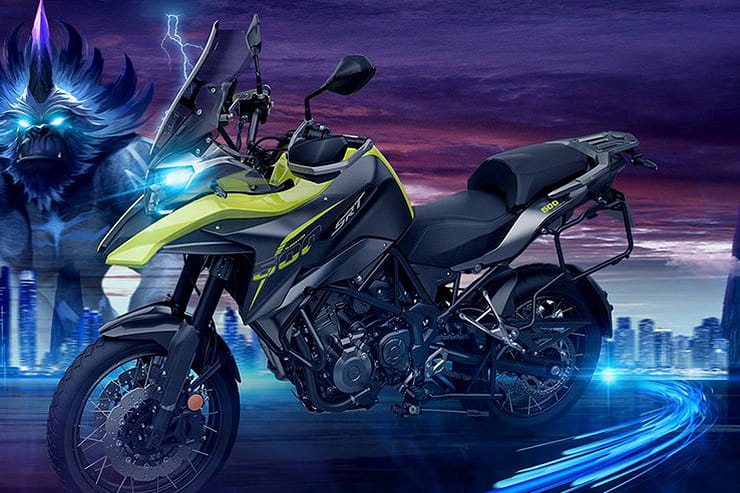 The same engine powers QJMotor’s SRT 500, which is effectively the firm’s own version of the Benelli TRK 502. Compared to the Benelli it’s based on, the QJMotor bike is much sleeker-looking and gets a higher level of kit, including LED lights, Brembo brakes with Bosch ABS, a magnesium swingarm and a 5-inch TFT display that includes a USB charger. Like other models in the range, the bar controls are backlit.

The engine’s state of tune is unchanged, adding up to 48hp and 35lbft of torque, while the bike’s curb weight is listed at 225kg complete with 19.5l of fuel in the tank. 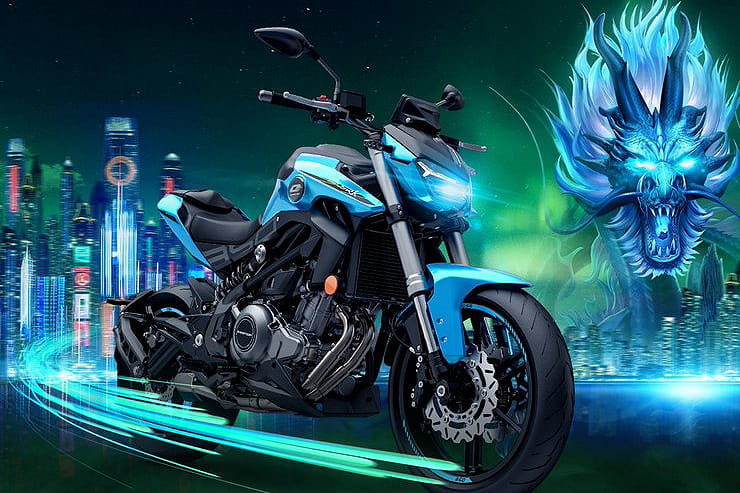 Again it gets Bosch ABS, full LED lighting, a TFT dashboard and backlit bar controls, plus styling that’s several years more modern than its Benelli equivalent. At only 176kg, wet, it’s pretty light, too, and the firm has paid attention to giving it a low centre of gravity and a lowish 800mm seat height to suit diminutive Chinese riders. 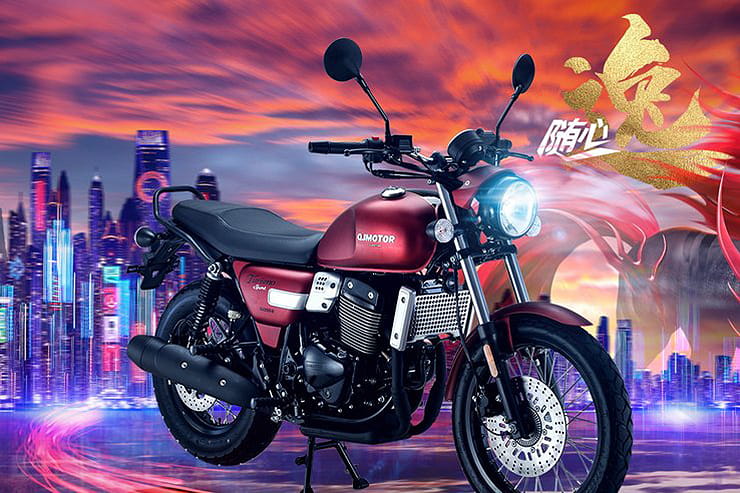 Finally, the firm has launched the Turismo Sport 250, which is also expected to become the basis of a Benelli model in the near future.

A retro, oil-cooled twin, it’s the lowest-performance machine in the QJMotor range, although in terms of typical Chinese bike’s it’s actually a relatively large-capacity model.

Kit includes a monochrome LCD dash in a retro-looking round display, ABS disc brakes at both ends and a scrambler-style silhouette thanks to an 18-inch front when and 15-inch rear.

Power is pretty meagre at 17.4hp, but the bike’s overall impression is of much higher quality than you’d normally associate with a Chinese 250.