Harley-Davidson HD350 signed off for production 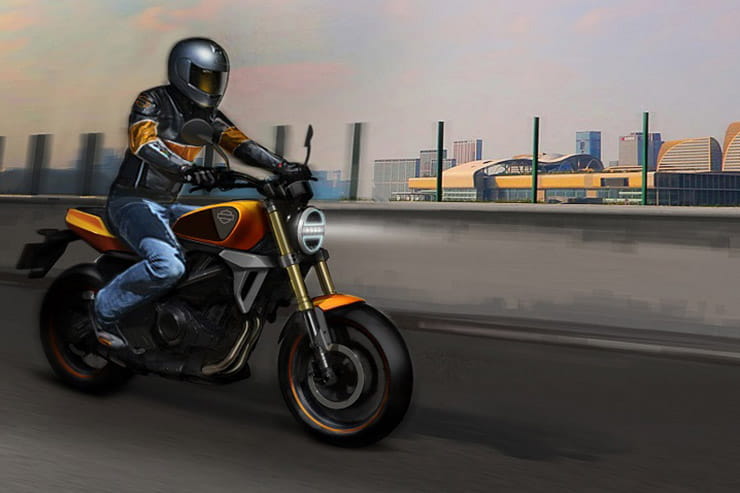 Harley-Davidson’s project to develop a 338cc parallel twin ‘baby’ Harley has passed a new milestone with the design phase of the project coming to an end.

That means the next step will be to ramp up for production over at the factory of Harley’s Chinese partners in the project, Qianjiang. The moment was marked at a signing ceremony in China where representatives of both firms publicly ‘signed-off’ on the new design.

At the moment, the only glimpses we’ve had of the bike are the sketches that Harley-Davidson released back in June. Those designs appeared to confirm that the new bike is based heavily on the Benelli 302S, sharing an identical trellis frame. Benelli is a subsidiary of Qianjiang, of course, and as you can see in the animation below, the mechanical components in Harley’s drawings closely match the existing Benelli components.

The 338cc engine capacity was also revealed in summer, suggesting that the bike uses the 45.2mm stroke from the 300cc Benelli 302S and the larger 69mm bore from Benelli’s larger 500cc twin, as used in the TRK 502 and Leoncino 500. Since then, we’ve also discovered that Benelli is to replace the 302S with a ‘350S’ – almost certainly using the same engine that will appear in the forthcoming Harley-Davidson.

When it comes to a name, at the ceremony to sign off the new design, the baby Harley was referred to as ‘HD350 Project’. Whether the HD350 title is kept for the production model remains to be seen.

Will we be able to buy the HD350 here in the UK? Don’t bank on it. Harley-Davidson really wants to use the bike to unlock the potential market in places like China and India.