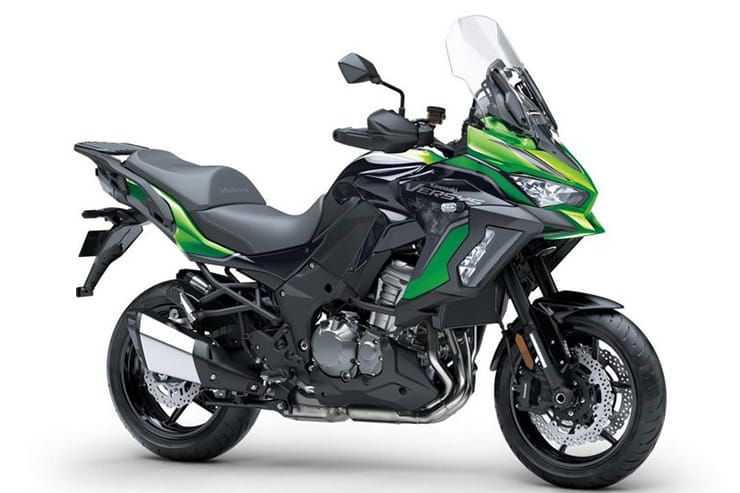 You can’t have enough adventure bikes. That appears to be the motto for virtually every motorcycle firm in planning their model ranges at the moment and Kawasaki’s 2021 line-up has just grown by one – adding the new Versys 1000 S that slots into the gap between the base model and the high-end Versys 1000 SE.

Last month we revealed that the 2021 Versys SE is getting improved with the addition of Showa’s new ‘Skyhook’ semi-active suspension, but for riders who think that’s a technological step too far, the new Versys  1000 S provides all the luxuries of the SE but allied to normal, manually-adjustable suspension. 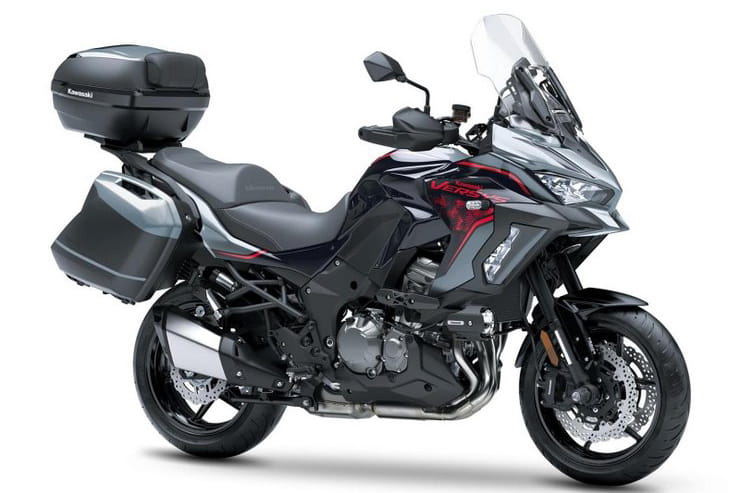 In fact, the Versys S will come in three flavours; ‘standard’, ‘tourer’ or ‘grand tourer’. All versions are technically the same, with Showa 43mm forks – adjustable for rebound and preload – and a gas-filled Showa rear shock with similar adjustment options.

The tech fest continues with Kawasaki’s ‘Rideology’ app that connects your smartphone to the bike’s TFT dashboard, giving riding logs and service information straight to the phone. 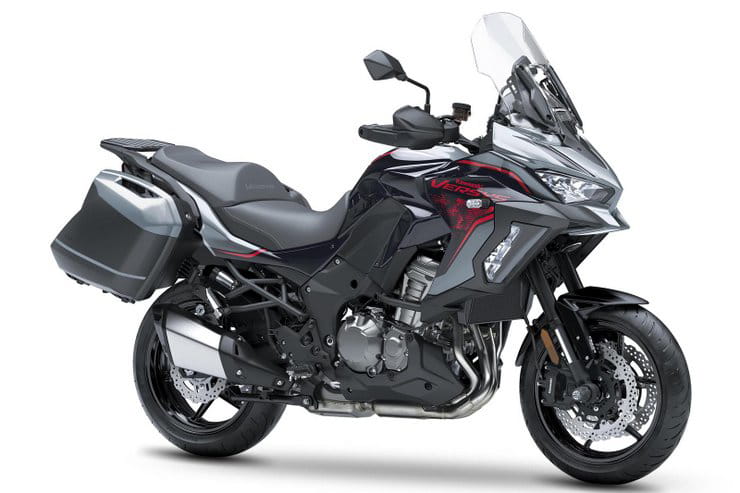 Like the SE version, the Versys 1000 S uses Kawasaki’s self-healing paint, which can recover from light scuffs and first debuted on the H2 superbike. Colours available are green/black or grey/black.

The ‘Tourer’ model of the Versys 1000 S gains 56l panniers and a tank pad, while the ‘Grand Tourer’ has the panniers plus a 47l topbox, tank pad, GPS bracket, fog lights and frame sliders.