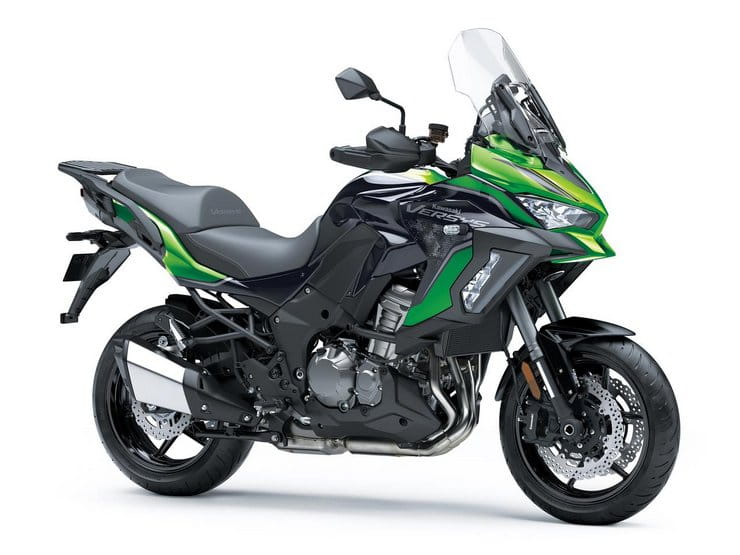 Kawasaki Japan has announced an update to the 2021 Versys 1000 SE promising to bring Showa ‘skyhook’ electronic suspension to motorcycles for the first time.

The SE version of the Versys already has Kawasaki’s semi-active, Showa-developed KECS (Kawasaki Electronic Controlled Suspension), also used in the H2 SX SE+ and ZX-10R SE, that adapts to road conditions using built-in sensors to measure suspension movement and adjust the damping to suit the bumpiness of the road. That means the move to ‘skyhook’ is more of a change in the mathematics of the system than a complete revamp of the mechanical parts.

Skyhook relates to a particular type of semi-active suspension algorithm, where the target is to keep the bike in a stable position, as if it was hanging from an imaginary hook from the sky rather than travelling along the ground. It normally uses acceleration sensors to measure vertical movement, tweaking the damping to mitigate the bumps in the road and keep the ride as smooth as possible.

Full details haven’t been announced in the Japanese press release announcing the model, but it says that it will be released in Europe in mid-October 2020.

Colour-wise, the 2021 bike is coming in two schemes – green and black with grey trim, or grey and black with red highlights – with new graphics compared to the current model. More details when we get them. 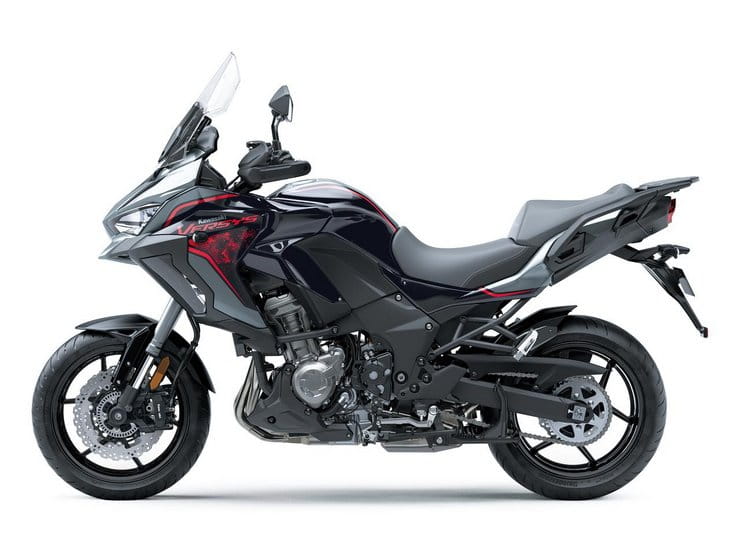