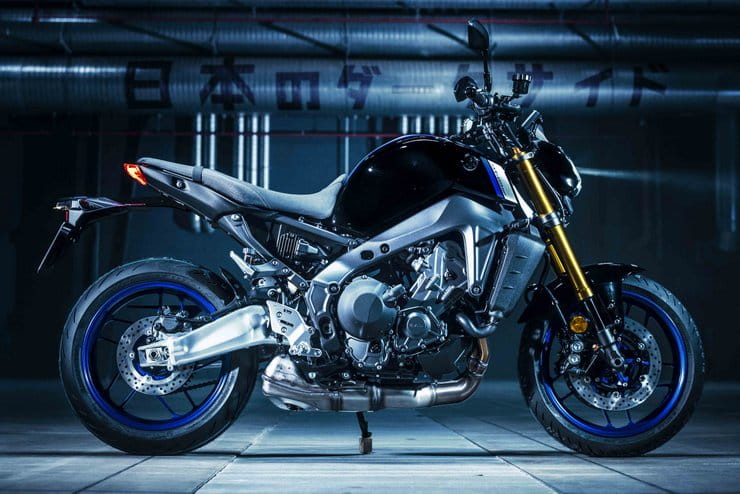 Yamaha’s revamped MT-09 only emerged last month but already the firm is bolstering the range with the new 2021 MT-09 SP.

Following the unveiling of next year’s MT-09, which gets a bigger engine, sportier chassis and sharper looks, there’s been a hole in the firm’s range where the previous-generation MT-09 SP model sat. Now that gap has been plugged with a higher-spec 2021 MT-09 SP that carries on where its forebear left off. 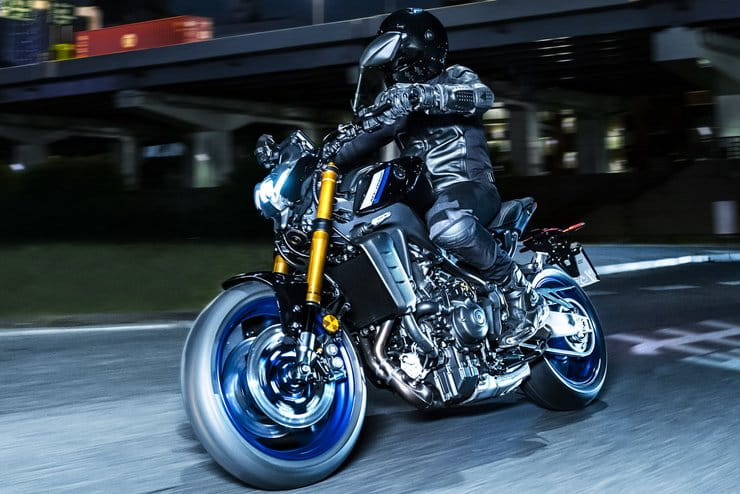 The formula is the same as before. The MT-09 SP takes the stock model’s engine – now 889cc and making 117.4bhp, up from 847cc and 113.4bhp – and its new Deltabox beam frame, but throws an Ohlins rear shock and improved forks into the mix along with dedicated colours and graphics to set it aside from the base model.

At the back, the yellow spring and gold hardware leaves no doubt it’s an Ohlins shock, and as well as full damping adjustment you get a remote reservoir with an easily-accessed preload adjuster. 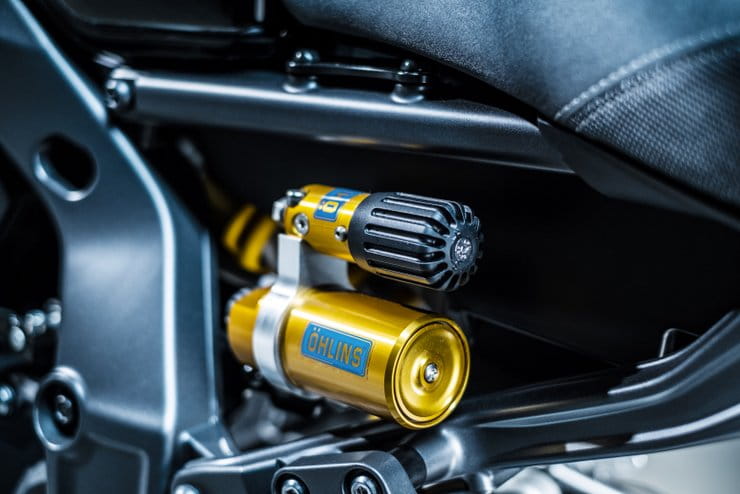 The other technical change worth noting is the addition of cruise control as standard on the MT-09 SP, able to operate at speeds over 50km/h (31mph) and provided you’re in fourth gear or higher. A bar-mounted switch controls the system, also allowing you to tweak the speed in 2km/h increments. Manually operating the brakes, throttle or clutch automatically disengages the cruise control.

Other than that, the SP’s changes are entirely cosmetic. It comes in just one paint colour, the black seen in these pictures, with blue and silver graphics and blue wheels. The silver swingarm is also a departure from the base MT-09’s black version, and the SP gains a double-stitched seat and anodised black levers, bars and rear sprocket. 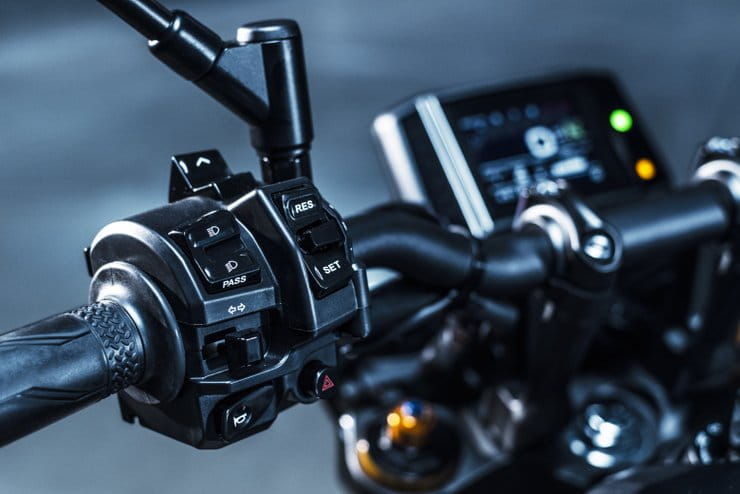 When it comes to bare numbers, the MT-09 SP is a match for the base model in most respects. As well as the same power figure, capacity and torque (68.6lbft at 7000rpm), it weighs an identical 189kg ready-to-ride, which is 4kg lighter than the old model.

Other highlights of the 2021 MT-09 that are carried over to the SP version include lightweight ‘spin-forged’ wheels, a 3.5in colour TFT dash, a completely new look with LED lights all round, a standard up-and-down quickshifter and a six-axis IMU to enable lean-sensitive rider aids including traction control, slide control and rear wheel lift control. 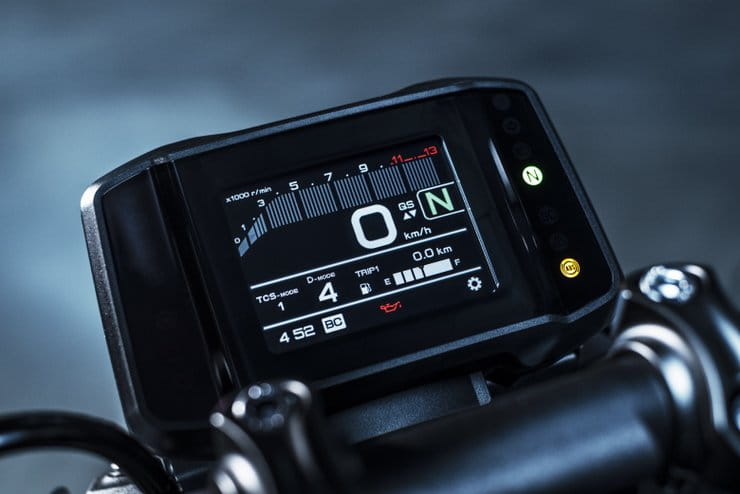