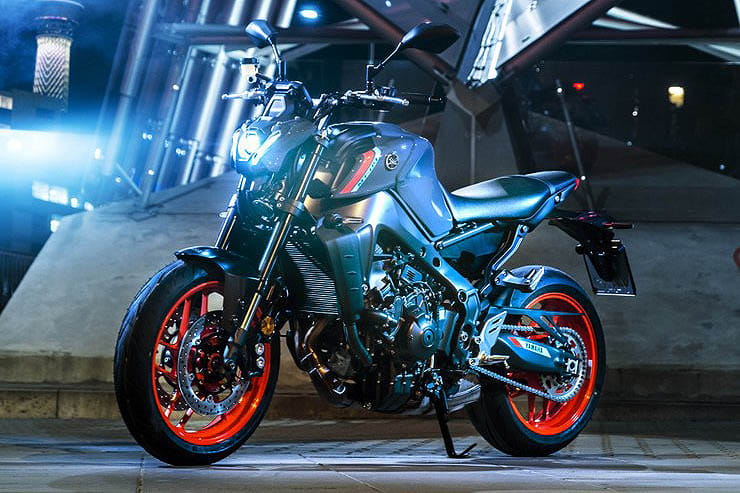 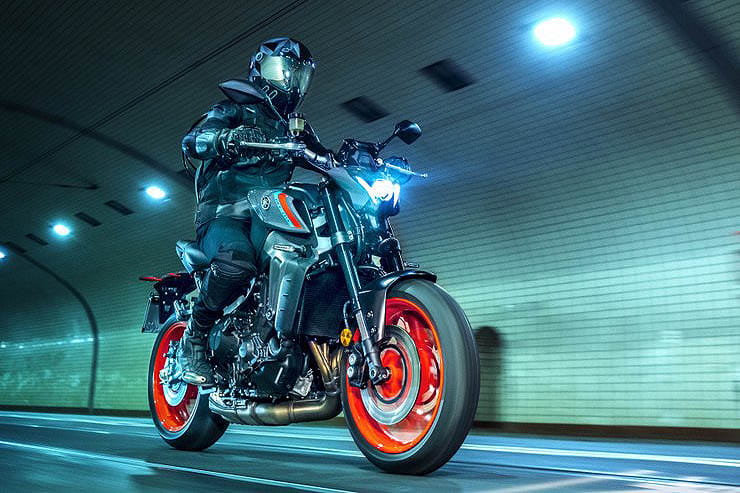 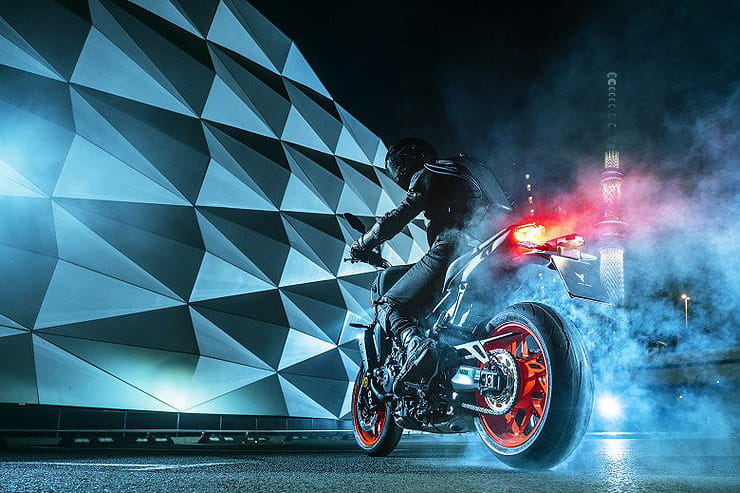 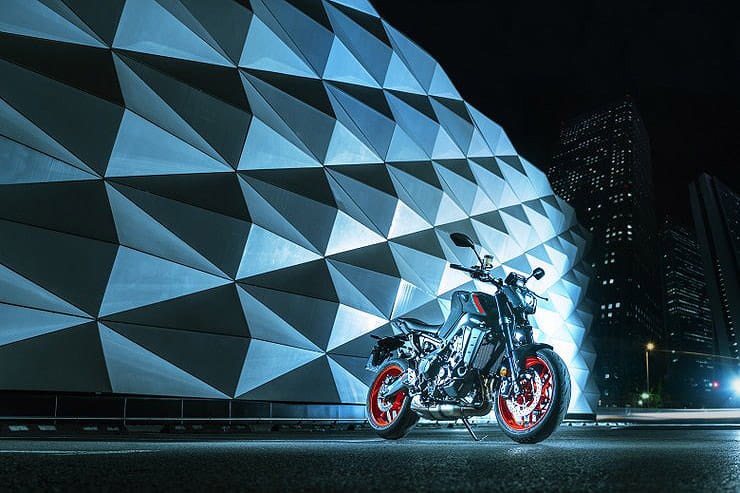 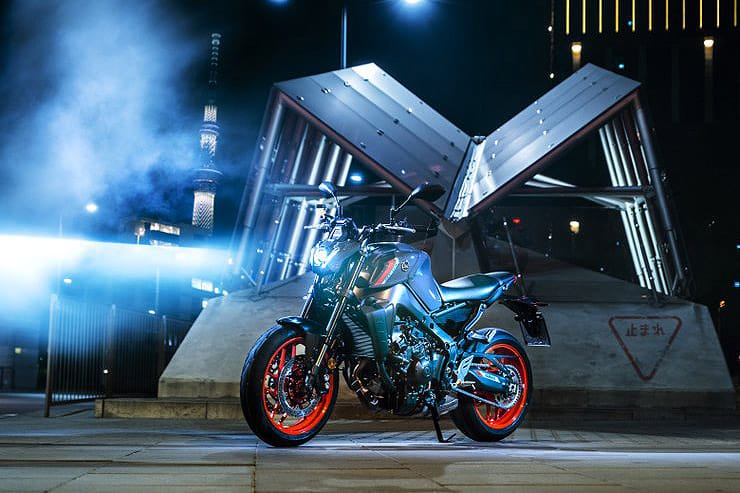 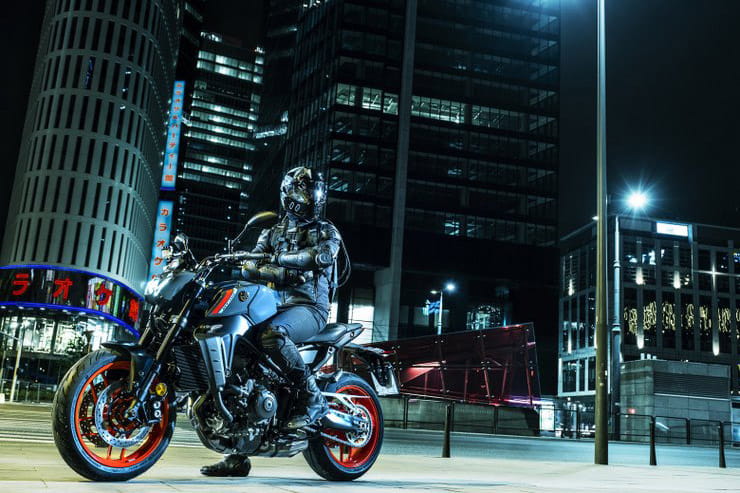 Yamaha’s three-cylinder MT-09 was a game-changer when it first appeared back in 2013 and now the firm wants to repeat the trick with an all-new 2021 version that’s improved in every respect.

‘Lose weight and add power’ might be something of a cliché but that’s because it’s an unbeatable combination when you’re trying to improve a bike. It’s a combination that’s proving hard for manufacturers to achieve with their 2021 machines thanks to tough new Euro 5 emissions rules forcing bigger catalytic converters and detuned engines, but Yamaha has ticked all the boxes with its clean-sheet redesign for the MT-09. 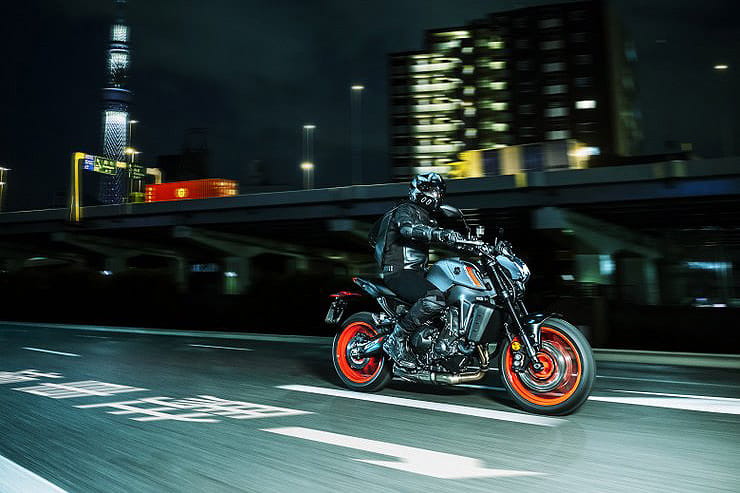 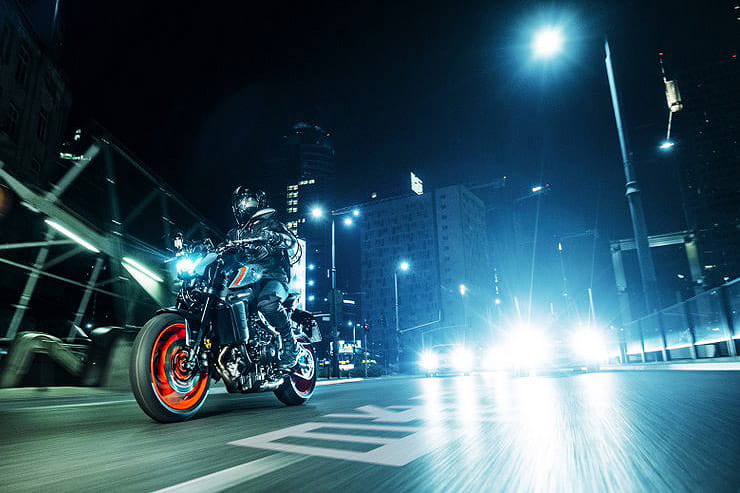 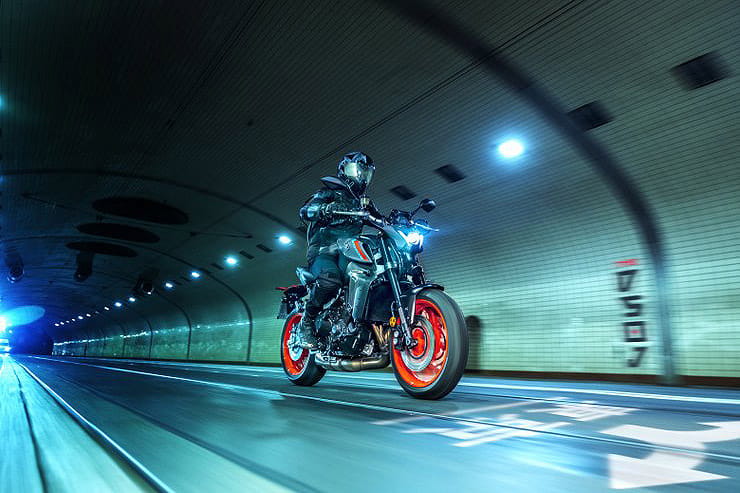 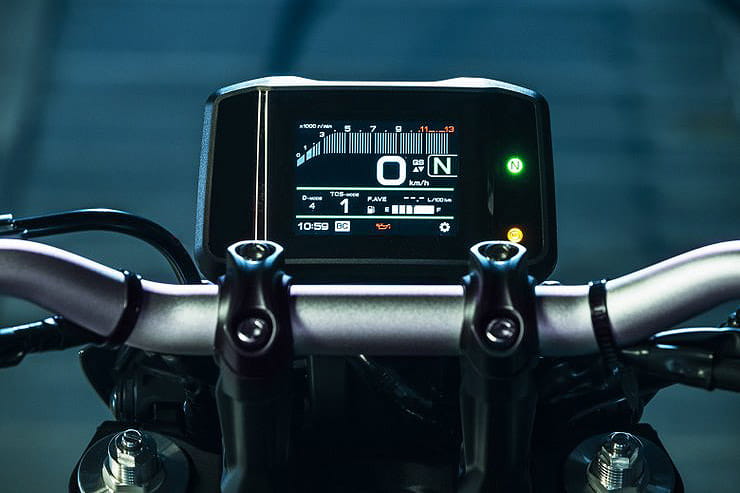 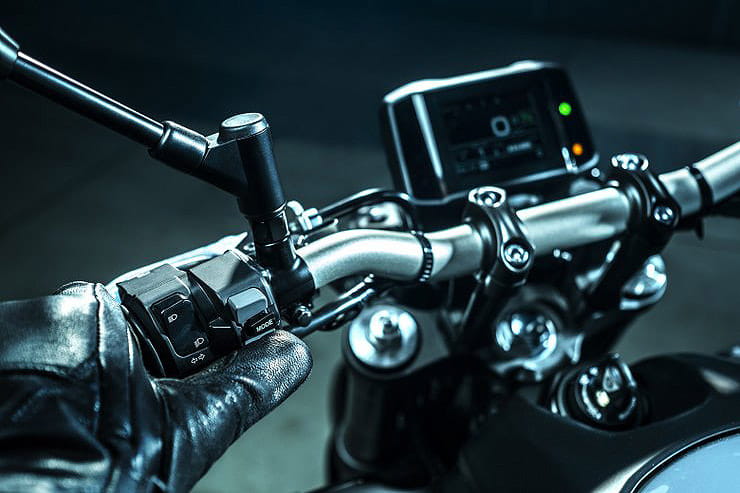 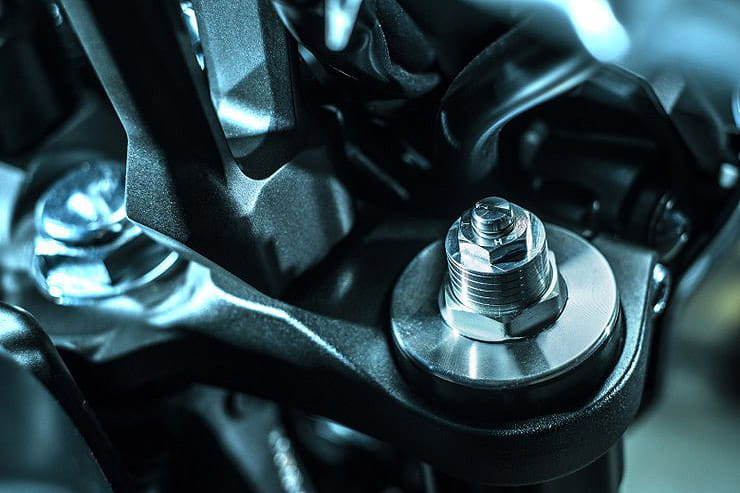 The extra cubes are the only engine change, as the three-cylinder motor also gets new intakes, a redesigned fuel injection system and a completely new exhaust, as well as new camshafts, pistons, rods and crankcases. Overall, despite the capacity hike, it’s 1.7kg lighter than before, with the majority of the savings (1.4kg) coming from the exhaust. A new throttle sensor mounted in the twistgrip operates the ride-by-wire butterflies to give better feel and response compared to the older pulley-operated design.

With more torque on tap Yamaha has been able to raise the ratios of 1st and 2nd gear, making for a closer set of ratios overall. Where the old bike already had a quickshifter for upshifts, the new one adds a downshift function, abetted by a redesigned assist and slipper clutch. 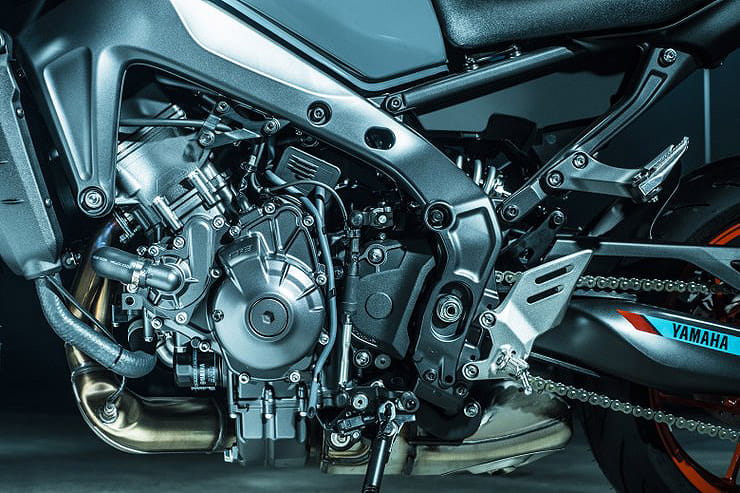 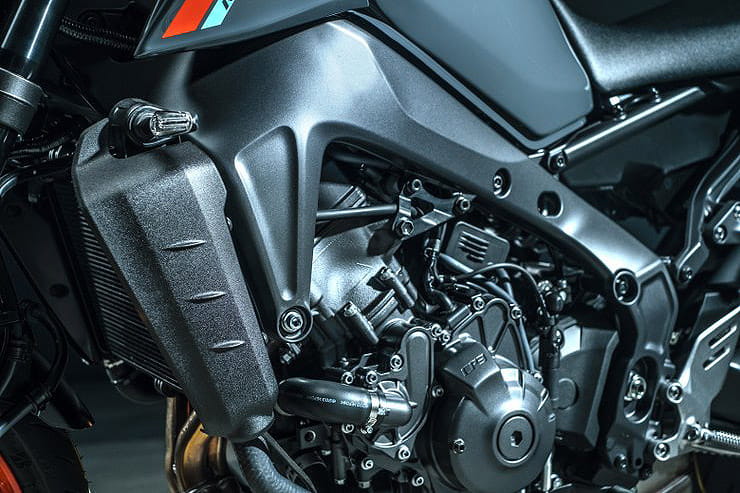 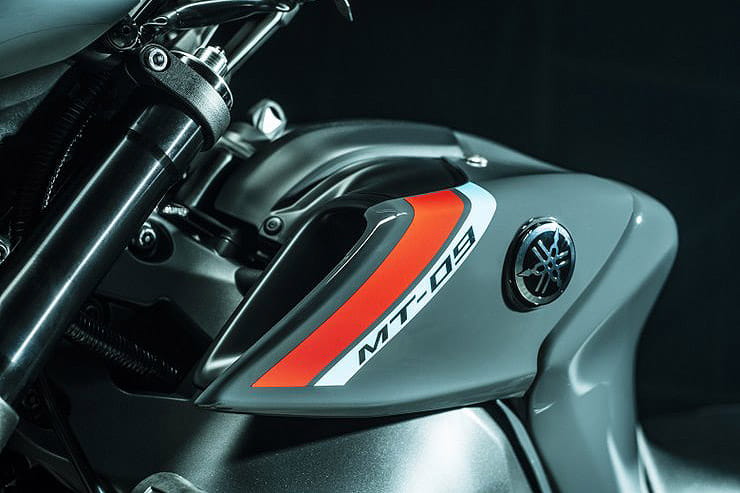 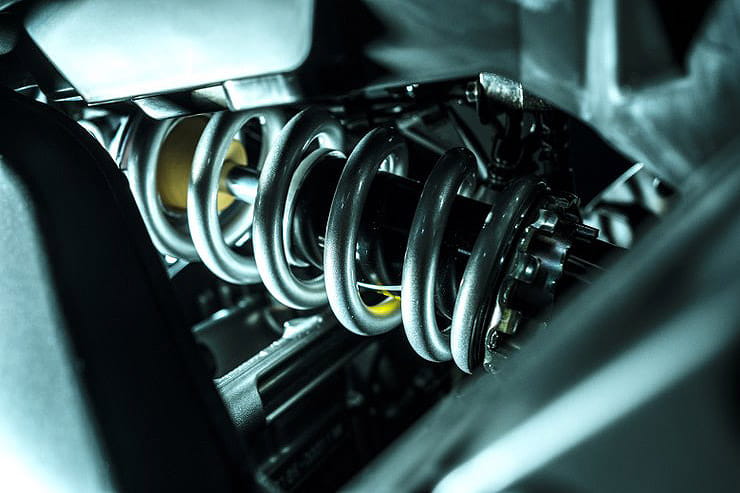 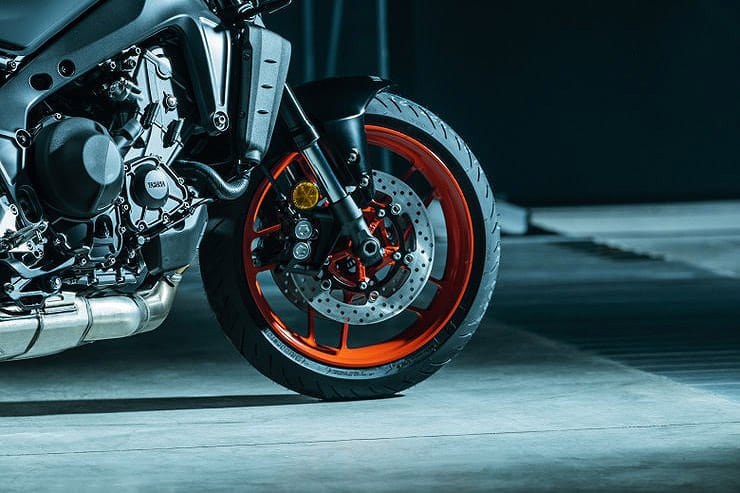 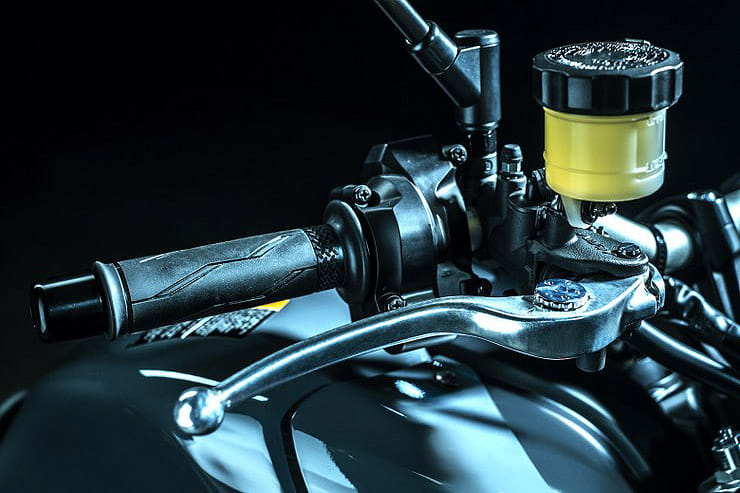 The engine changes alone would be enough for a significant improvement to the MT-09, but they’re outshone in the 2021 model by a completely new chassis.

It’s a cast-alloy design, as before, but designed to be much sportier and lighter by adopting the beam-style ‘Deltabox’ setup instead of the old bike’s ‘Diamond’ layout. Yamaha says it uses the thinnest walls of any of its die-cast frames, and the beam design takes loads directly from the steering head to the swingarm pivot for maximum rigidity. Lateral rigidity is improved 50% over the outgoing model, while the longitudinal and torsional stiffness mix is ‘refined’ by the new design. The chassis is also more compact, making for a smaller overall size, and the forks are shorter with the steering head dropped by 30mm to put more weight over the front wheel.

The chassis is 2.3kg lighter than before, with a new die-cast subframe – replacing the old steel tube design – accounting for 1.5kg of the savings. A completely new swingarm, again made of cast aluminium, saves 250g and cuts unsprung weight.

Even the wheels have been targeted for weight loss. A new ‘spin-forging’ technology, which takes the cast-alloy wheels, heats them and spins them while using high-pressure rollers to reduce the thickness of the rims (now just 2mm thick) means they’re 700g lighter than the old design. As rotating and unsprung mass, that’s equivalent to much bigger savings elsewhere on the bike.

Upside-down, 41mm KYB forks – adjustable for preload, compression and rebound – are allied to a matching, adjustable rear shock, with both ends set up to suit the new bike’s dimensions and weight. 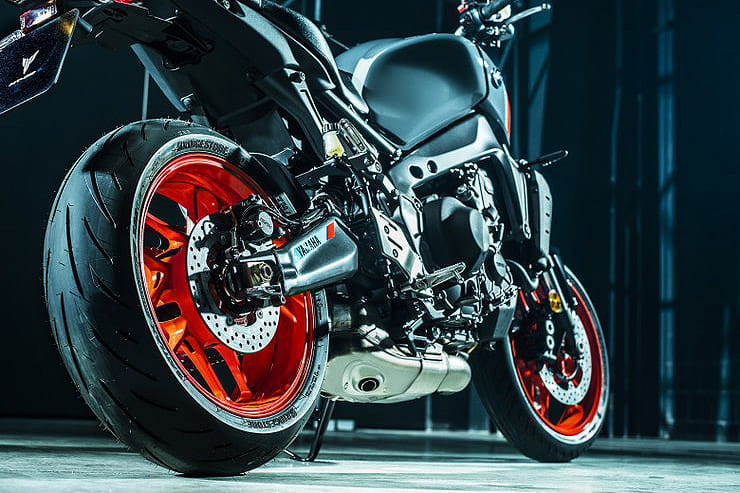 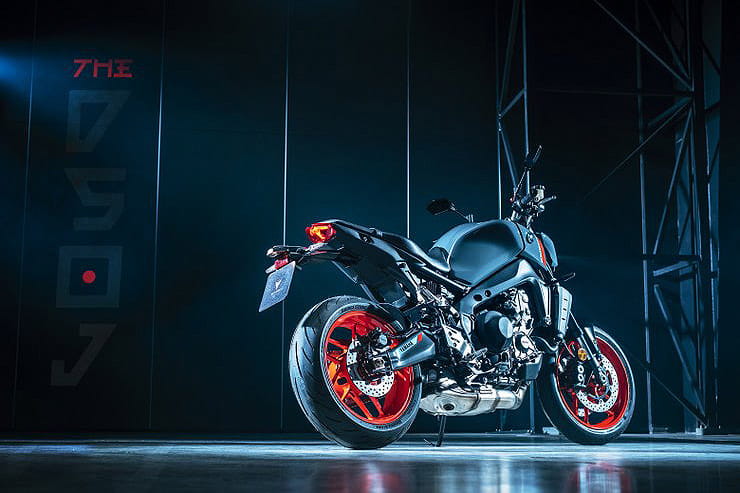 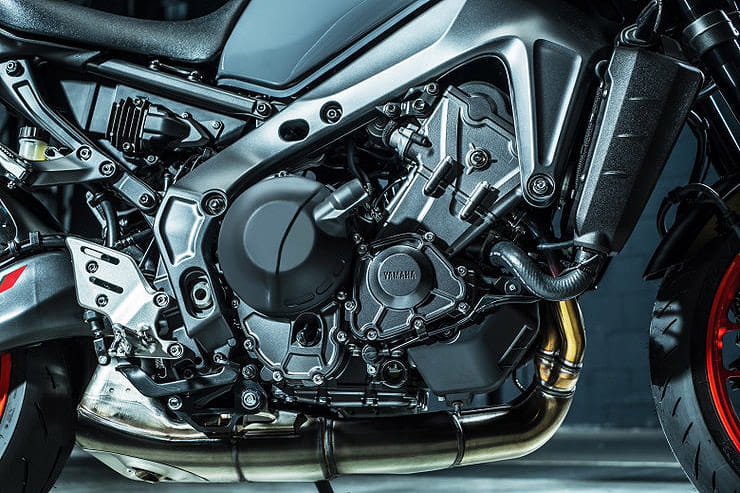 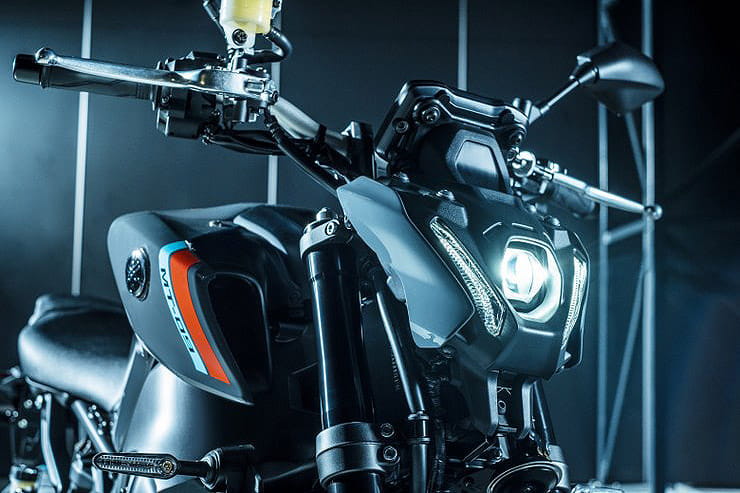 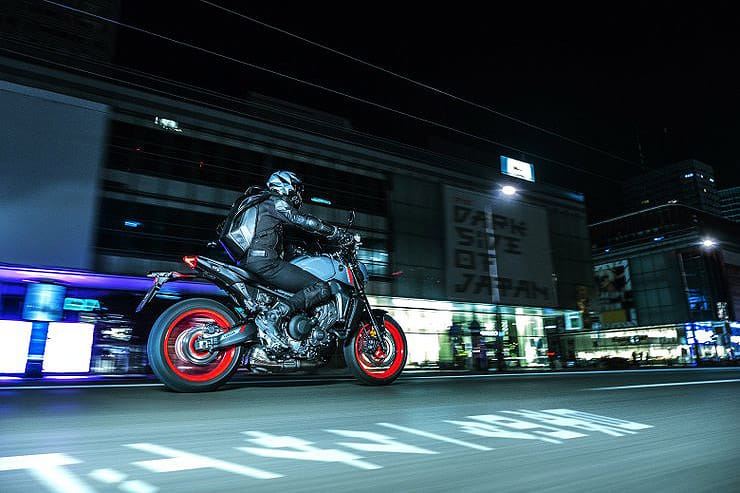 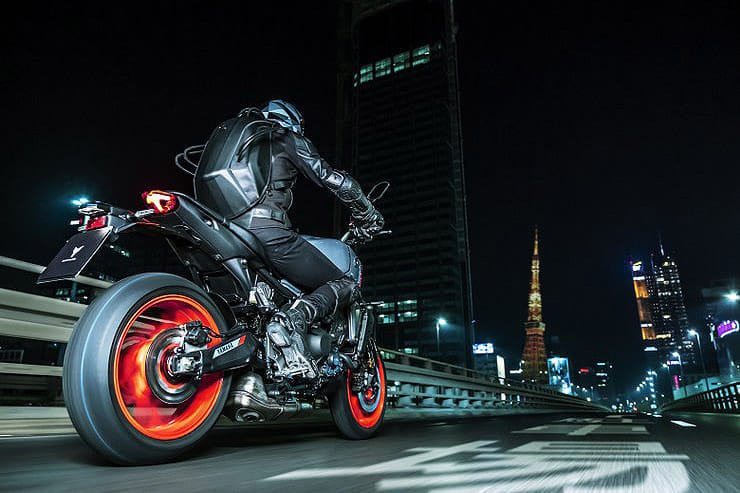 Of course, with a new engine and chassis, there’s new styling as well – not to mention a sweeping set of improvements in terms of electronics.

Yamaha has opted for a stripped-back look with minimal bodywork. Like the original Ducati Monster, there’s a seat, a fuel tank and not much else. The tank itself is heavily sculpted to incorporate air intakes for the engine which itself has been restyled with new crank covers. As before there’s an under-belly exhaust system, but where the old bike had a vestigial silencer on the right hand side, with a single exit, the new model has twin outlets – one on each side – firing straight out of the bottom of the main exhaust collector in front of the rear tyre.

The new headlight might not be the prettiest aspect of the 2021 MT-09 but it’s a lightweight, compact LED unit that adds a pair of slanted LED DRL strips. Like or loathe it, Yamaha says this ‘represents the future direction of MT design’, so we can expect to see a similar arrangement on future versions of the MT-07, MT-10, MT-03 and MT-125 in years to come.

On the electronics front, the rider is greeted by a new, colour TFT dash that gives control over three riding modes as well as a host of other options, but more significantly the MT-09 gains a six-axis inertial measurement unit (IMU) similar to the one used on the R1 superbike but 50% smaller and 40% lighter. Measuring movement fore and aft, side to side, up and down as well as pitch, yaw and roll, the IMU is tied in to a lean-sensitive traction control system, slide control, wheelie control and cornering ABS.