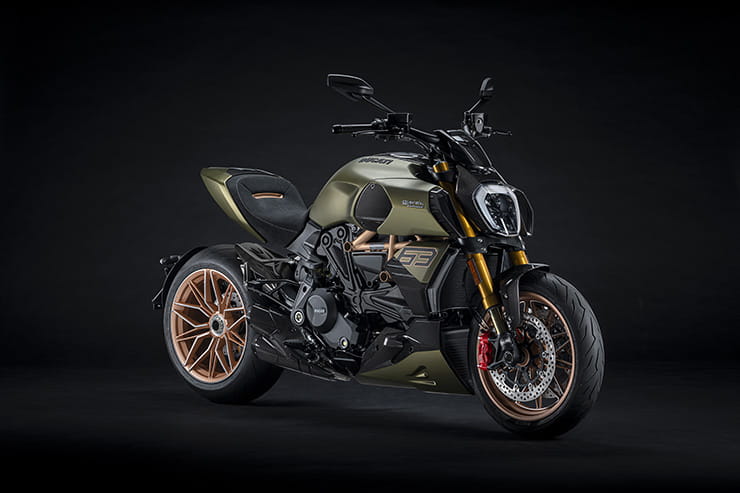 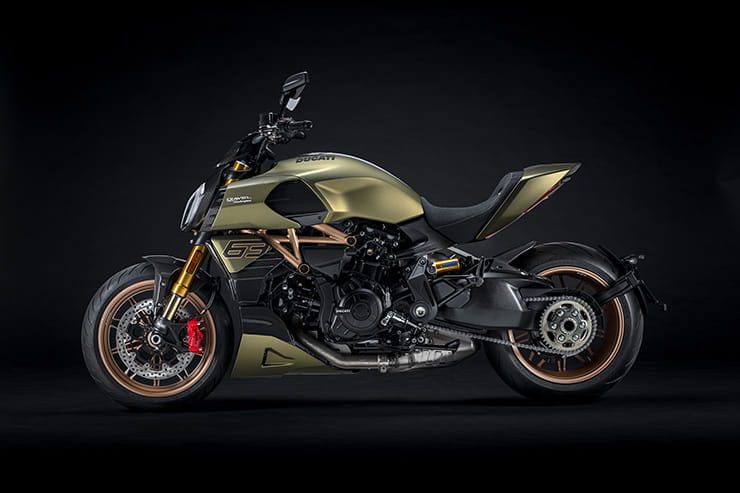 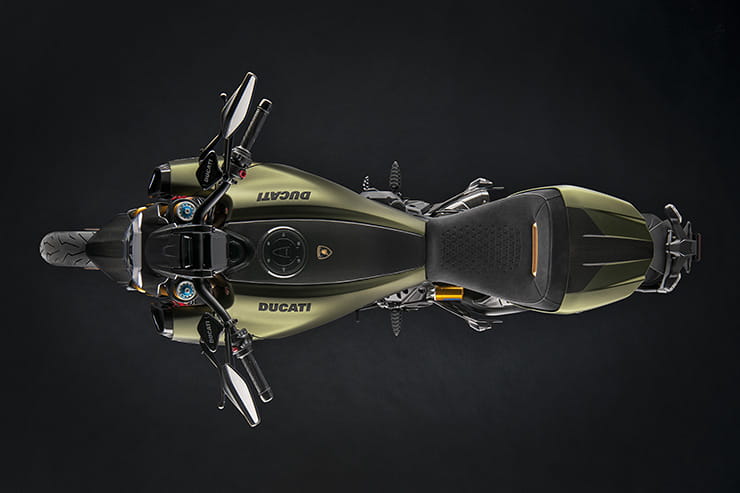 Given that Ducati has been part of the same sub-section of Volkswagen as its near neighbour Lamborghini ever since 2012 it’s surprising that we haven’t seen much collaboration between the two firms. Now they’re making up for lost time with the Diavel 1260 Lamborghini – a limited-production exotic that takes its cues from Lambo’s most powerful road car yet.

We knew this bike was coming as its name appeared on homologation documents back in July, but until now it’s been unclear how the two firms’ tie-in would be presented.

The muddy green paint – or Verde Gea, to give it its official name – might not be the sort of eye-searing colour that Lamborghini is famed for but it’s the launch hue of the firm’s Siàn FKP 37, an 808hp hybrid that will be limited to just 63 examples in tribute to Lamborghini’s foundation in 1963.

The Diavel 1260 Lamborghini that would sit so neatly next to the Siàn FKP 37 in any billionaire’s collection also bears the number ‘63’ on the side but isn’t quite as exclusive as its four-wheeled friend, with 630 due to roll off the production line.

Paint aside, what does a Lambo-inspired Diavel include? The answer is a lot of cosmetic updates but very little in terms of technical improvements.

Visually, the wheels are the most instantly-recognisable aspect of the bike. Forged from aluminium, they’re designed to match the Lamborghini’s and finished in the same ‘Electrum Gold’ colour with machined aluminium edges to the spokes. Delve a little deeper, though, and it becomes clear that the Diavel Lamborgini is more than just a set of rims.

Look at the air intakes either side of the tank. As well as being carbon-fibre on the Diavel Lamborgini, they’re reshaped to mimic the car’s side inlets, and there’s similar attention to detail on the radiator cowls. The carbon bellypan, mudguards and seat cowl are also new additions for the Diavel Lamborghini.

The exhaust’s carbon-fibre end can finisher is also a Lamborghini tribute, with a hexagonal theme that’s common to many of the firm’s cars, while the seat gets tiny ‘Y’ shaped indentations, reflecting another common Lambo styling feature. 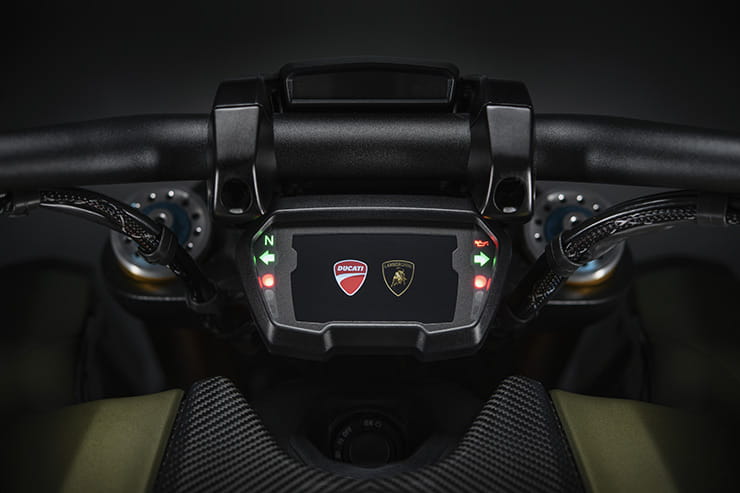 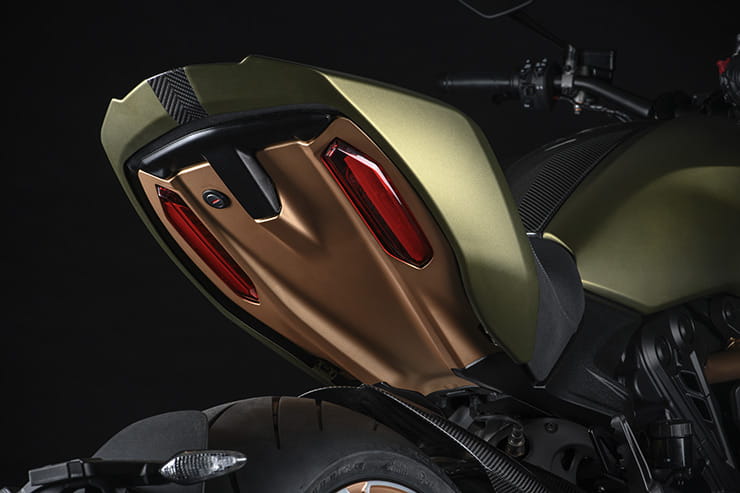 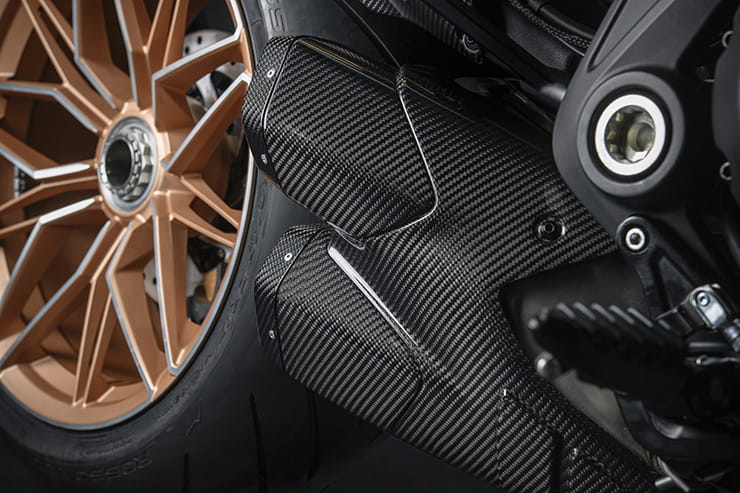 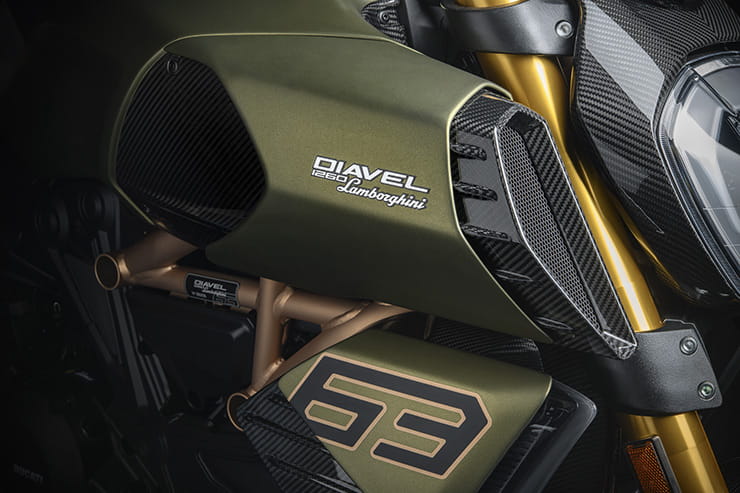 Technically, the bike doesn’t offer much that you won’t find on a normal Diavel 1260 S. The carbon parts allied to those forged wheels that replace the normal S’s cast alloys help save 1kg in weight – taking it to 220kg dry or 246kg ready to ride – but other than that it’s business as usual. That means Ohlins suspension front and rear, Brembo Monobloc brakes (the only Ducati Red part of the bike) and a host of electronic safety nets including cornering ABS, traction control, launch control, wheelie control and cruise control, all backed up by the six-axis inertial measurement unit that constantly tells the bike’s angle, acceleration and attitude.

One final Lamborgini touch comes with the instrument panel. It’s the same TFT display you’ll find on any current Diavel 1260, but on start-up it displays the Lamborghini logo alongside the Ducati one, followed by a side-view of the Diavel 1260 Lamborghini itself, just in case you forgot what you’re riding. A specially-designed helmet in matching colours is also set to be available as an option.

How much for a Diavel Lamborghini? That'll be £27,795 to have a suitably Lamborghini-esque tag, that’s significantly higher than the £20,195 asked for the Diavel 1260 S. We expect that matching helmet is extra. 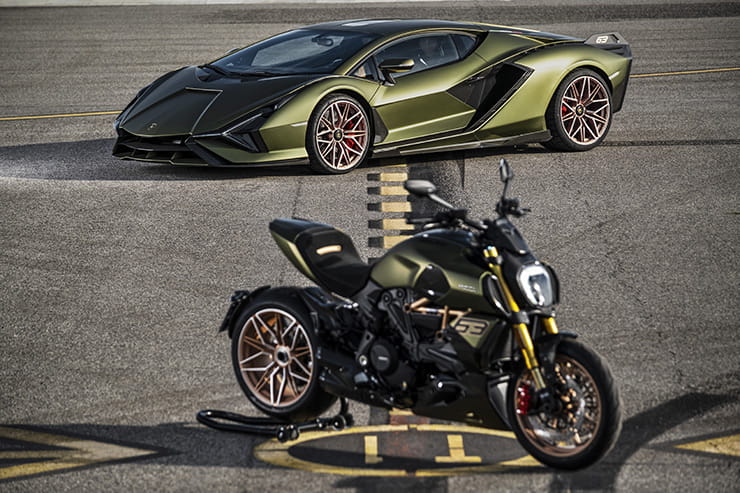 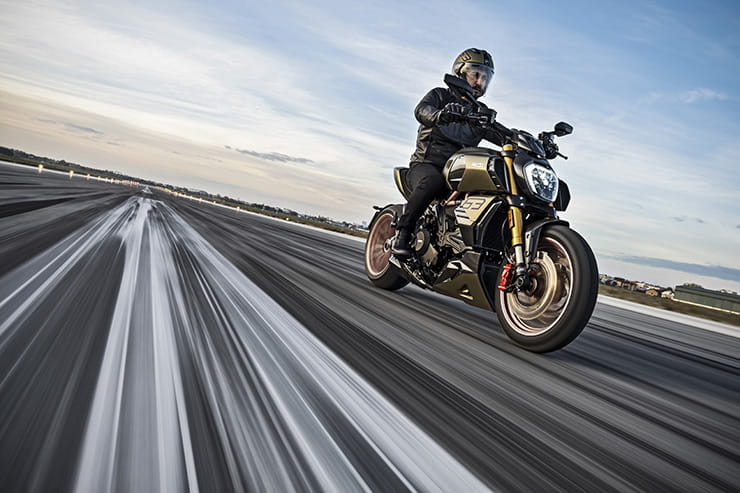 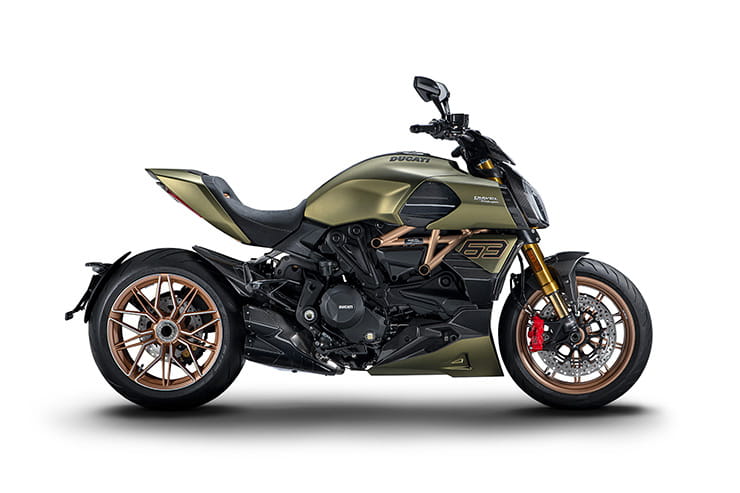