Harley Pan America and Bronx pushed back to 2021 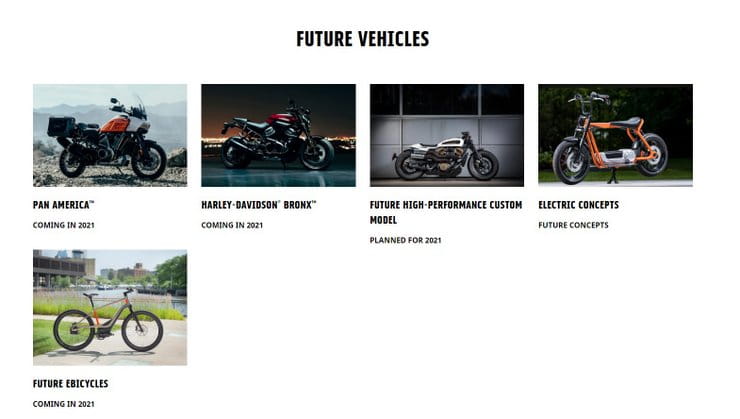 Harley-Davidson’s new Pan America adventure bike and Bronx streetfighter might arrive fractionally later than originally planned – the firm’s website has just been updated to show they’re ‘coming in 2021’ where it previously said 2020.

The tweaked section of the ‘Future Vehicles’ page on Harley’s American website also reveals a few tantalising details of the other upcoming bikes in the firm’s range, including the new water-cooled custom model and the intriguing middleweight electric flat tracker.

The updated website comes hot on the heels of Harley’s announcement that its interim CEO – Jochen Zeitz, who replaced Matt Levatich in the firm’s top job in February – has been given the role on a permanent basis. Just last month he revealed the first hints of a revised new model plan, refocussing the brand on its core US market as part of a ‘Rewire’ strategy aimed at improving Harley’s profitability and restoring growth. 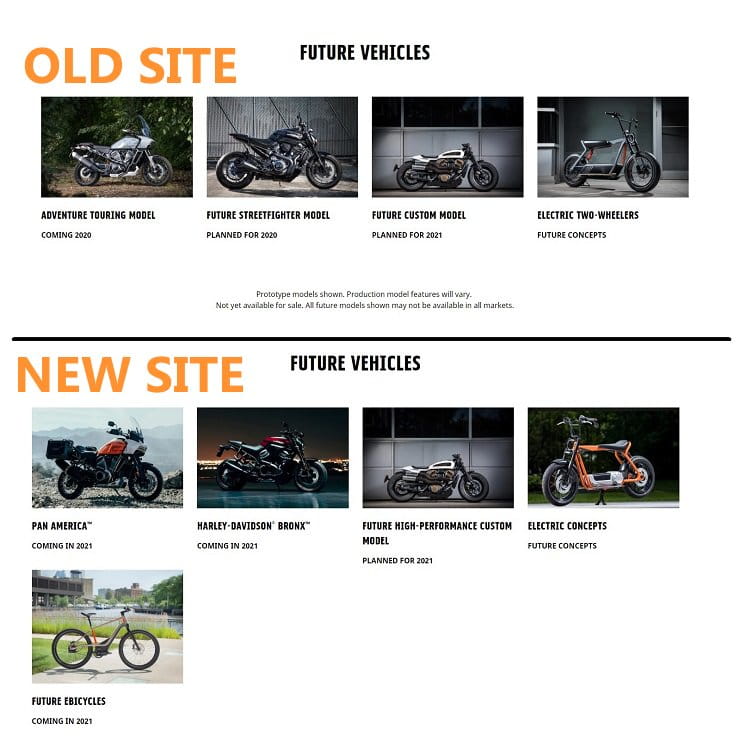 The old version of the same web page suggested a 2020 release for the models, as did its EICMA announcement

Both the Bronx and Pan America were revealed at last year’s EICMA show, and at the time they were scheduled to be available in late 2020. That means they haven’t been pushed back far, but one of the key elements of the ‘Rewire’ plan is to “Simplify and retime launches to reflect the new reality, align with the start of riding season and better suit the capacity of the company and dealers.”

It makes a lot of sense to time the launches of the Pan America and Bronx to align with the beginning of the 2021 riding season instead of putting them on sale just in time for winter in most of Harley’s biggest markets, as was originally planned. 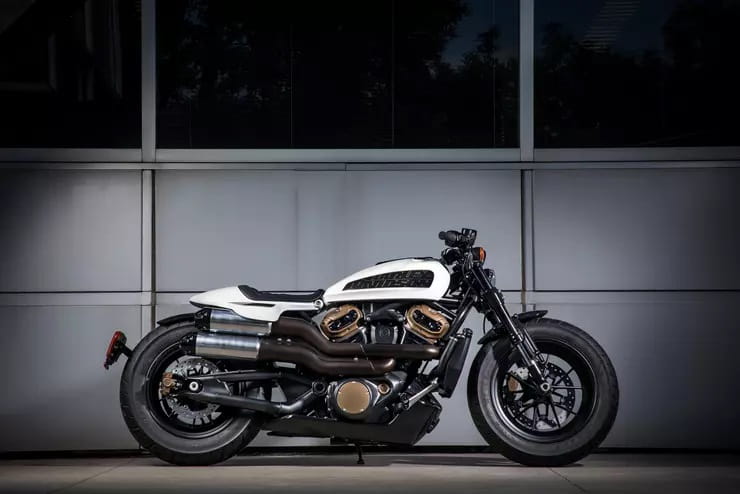 The newly-updated Harley site also gives a little more information on some other upcoming models that are due to join the range.

Most importantly, it confirms the as-yet-unnamed water-cooled custom bike that shares the same water-cooled Revolution Max engine as the Pan America and Bronx. Originally shown as part of Matt Levatich’s now-superseded ‘More Roads to Harley-Davidson’ plan back in 2018, there were fears it might have been lost in the reshuffle but the bike’s place seems secure. What’s more, it’s also scheduled for 2021 (albeit ‘planned for 2021’ rather than ‘coming in 2021’, which suggests a little less certainty.)

Previously referred to simply as ‘Future custom model’, it’s now ‘Future high-performance custom model’ and the Harley confirms it uses the larger 1250cc, 143hp version of the Revolution Max from the Pan America. The Bronx streetfighter will – initially at least – have a smaller 975cc, 113hp version.

Harley now describes the bike as “The all-new custom motorcycle with a muscular stance, aggressive, stripped down styling and 1250cc of pure performance.”

Two bikes that are noticeably absent from the ‘future vehicles’ page are the water-cooled flat tracker and cafe racer models that were revealed in an investor-relations document last September. 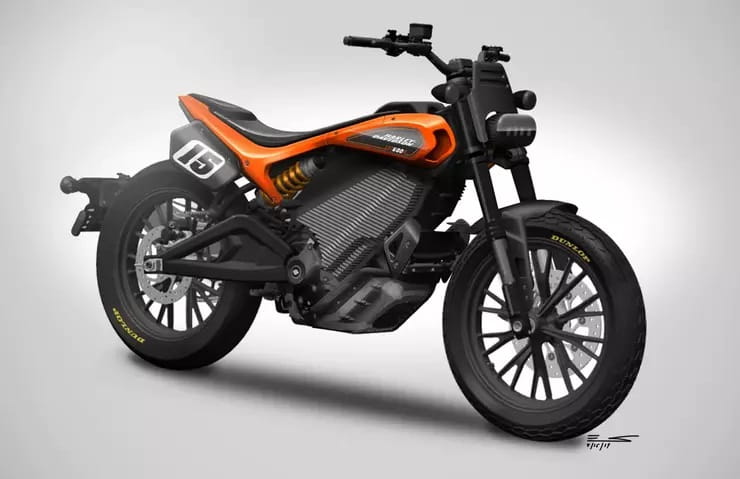 According to Harley’s updated website, its future middleweight electric bike is inspired by the XR750

Harley’s upcoming middleweight electric bike is another intriguing machine – hinted at with design sketches in the past but little-mentioned in any official literature or model plans. Now, while it’s still officially just a concept, it’s listed alongside the company’s more widely-promoted electric scooter, with a little more information to whet our appetites.

Harley’s new website says: “The middleweight EV concept bridges our EV technology to our rich history of racing and the legendary XR750. As the ultimate city bike, high-performance run-about or next-gen short tracker, this is H-D's vision of EV for the quick and competitive.”

The writing on the tank suggests the bike’s name is EDT600R, but that title has yet to be officially confirmed.