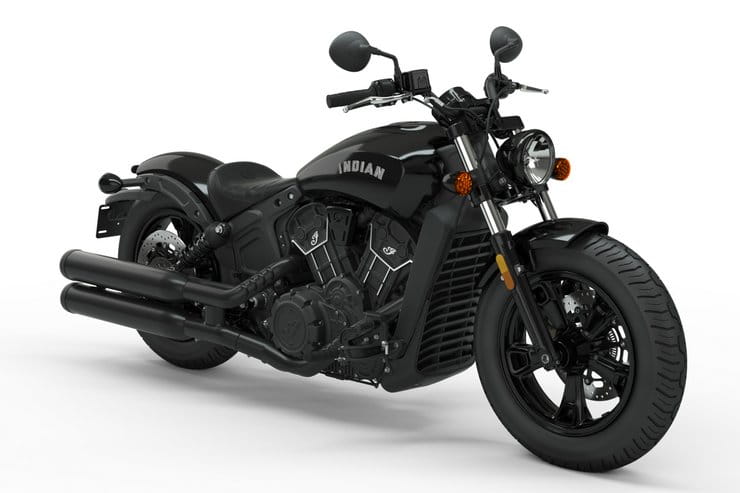 Just as we predicted earlier last month Indian has unveiled its new Scout Bobber Sixty as an entry-level route into the firm’s range.

At a UK price of £10,349 the Scout Bobber Sixty costs the same as the existing Scout Sixty that shares its 999cc V-twin engine. With a claimed 78hp (presumably metric horsepower, since its EU type approval puts it at 57kW, equivalent to 76.5 brawnier British horses), allied to 65lbft of torque, it’s got exactly the same performance as the Scout Sixty. Indian’s claimed weight figure is 249kg ready-to-ride, which is 1kg less than the figure on the type-approval documents that we revealed last month.

As we expected, the bike’s unveiling coincides with the start of Daytona Bike Week, which officially starts tomorrow.

Engine aside, the Scout Bobber Sixty’s changes compared to the full-fat, 1133cc Scout Bobber are a simpler headlight without the larger bike’s cowling, an all-black seat and new five-spoke wheels. If that doesn’t sound like enough to account for the claimed 10kg weight saving over the Scout Bobber, the rest is likely to come from the fact that the Scout Bobber Sixty makes do with a five speed gearbox instead of a six-speeder.

It might be 10kg lighter but the Sixty leaves your wallet a welcome £1500 heavier than it would be if you forked out for the £11,899 Scout Bobber. Whether that’s enough to compensate for the loss of 16hp and 5.5lbft of torque that comes with the larger engine will be down to personal choice.

“Bringing a stripped down, old-school Bobber at a lower price is something we’re very excited about.  We’re proud to provide such a dynamic offering at a price point that makes owning an Indian Motorcycle extremely attainable to an even wider range of riders,” said Reid Wilson, Vice President of Indian Motorcycle. 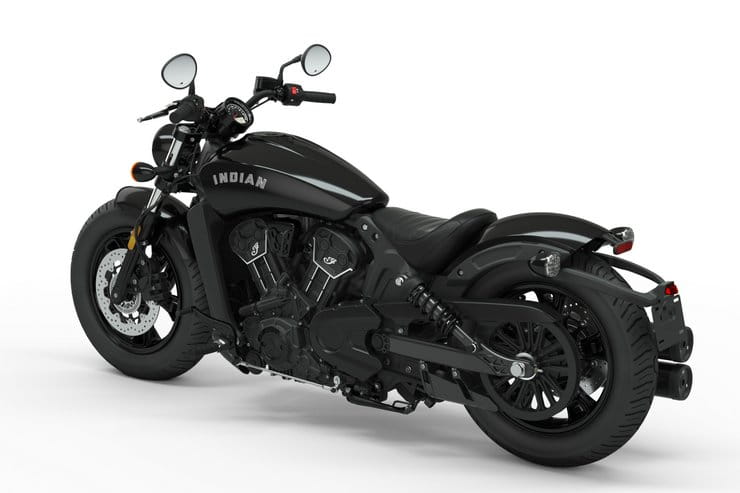