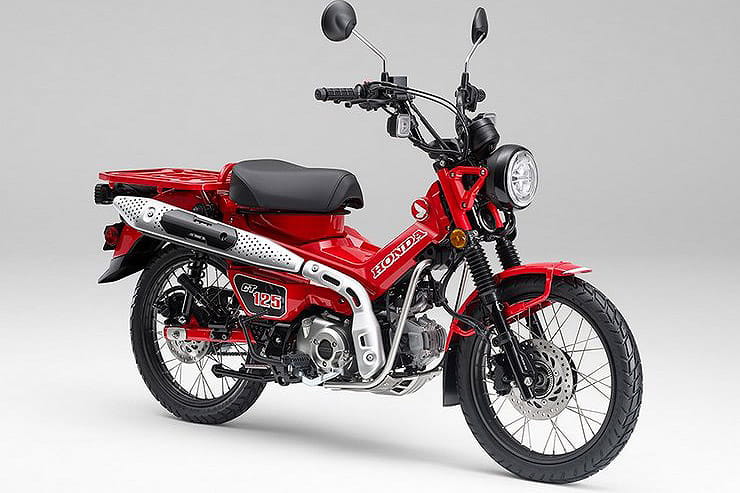 One thing has always jarred about the Mad Max movie series; why do the characters drive gas-guzzling V8 cars in a post-apocalyptic movie where petrol is scarce? In reality this would surely be the transport of choice: Honda’s new go-anywhere CT125 Hunter Cub.

Unsurprisingly, the production bike’s styling perfectly matches the appearance of the design patents that we revealed here a couple of weeks ago, and it’s pretty close to the style of the concept version that Honda showed at last year’s Tokyo Motor Show. The Hunter Cub name is being used on the Japanese market version, which was due to make its official first appearance at the now-cancelled Osaka Motorcycle Show, but the bikes sold in Europe and America might yet go under the name ‘Trail 125’ – harking back to the old Trail 50 and Trail 110 models sold in years gone by. 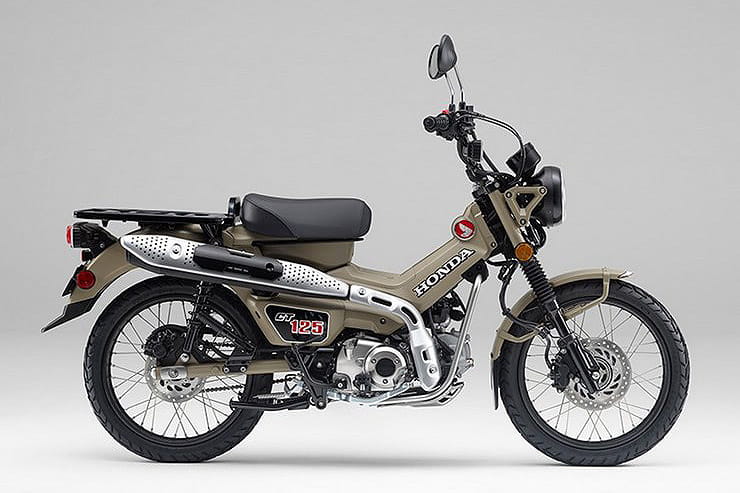 While the economy is the CT125’s headline ability, here are the rest of the bike’s key figures. Weight comes in at 120kg, which is 11kg more than the C125 Super Cub that shares the same basic engine. Power is down a fraction on the Super Cub – dropping from 9.5hp at 7500rpm to 8.7hp at 7000rpm – but torque rises from 7.7lbft at 5000rpm to 8.1lbt at a lower 4500rpm. Those fractional changes are largely down to the different air intake, which includes a high-mounted intake duct to keep it clear of dust and water, and the CT125’s similarly high exhaust system.

The frame is from the C125 Super Cub but gets a reinforced steering head section for more off-road strength and an extended rear section to add to its carrying capacity. Taller suspension gives 165mm of ground clearance, up from 125mm (British kerbs are normally 150mm, so the difference is a worthwhile one).

The final drive ratio is altered compared to the C125 with a 39-tooth rear sprocket instead of the Super Cub’s 36-tooth design, reducing the bike’s top speed but emphasising torque and acceleration. As on the C125, the gearbox itself is a four-speed clutchless design, and despite modern niceties like fuel injection the engine still has a kickstart rather than those new-fangled electric starters. Perfect for any post-apocalyptic dystopia where a flat battery could spell death. 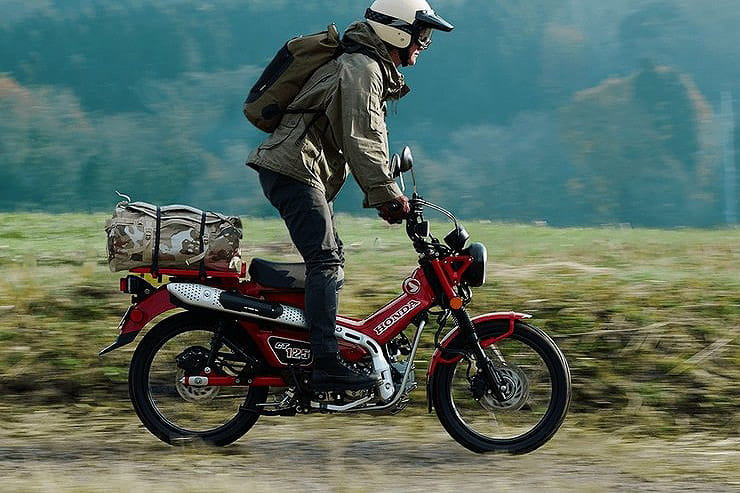 Although the CT125 isn’t a performance machine by any stretch of the imagination, there’s still ABS – albeit just a single-channel system working only on the front brake. On the plus side, that means you should be able to do skids using the rear.