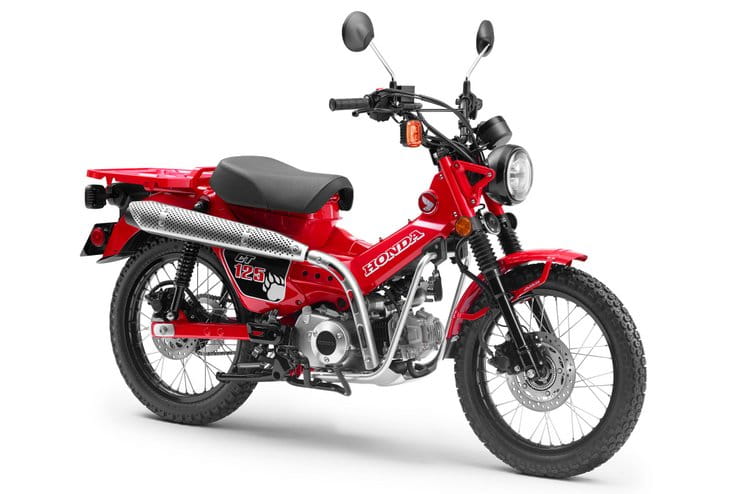 Honda has announced the first of the new machines that it will unveil at next month’s Tokyo Motor Show – but at the moment the list doesn’t include the highly-anticipated all-new Fireblade that’s expected to be the centrepiece of its exhibition.

The first confirmed new bike is the CT125. At the moment it’s officially a concept but it’s clear that the CT125 is only a nod away from production. Based on the new C125, which brought the classic Cub scooter back to the European market, the CT125 is an off-road-oriented derivative that’s the latest in a long line of ‘Cub Trail’ models going right back to 1960 and the Trail 50. The first to bear the ‘CT’ lettering was the 89cc CT200 ‘Trail 90’ of 1964, which became the more logically-named CT90 two years later.

In 1979 the CT90 was replaced by the similar-looking CT110 that’s gained particular fame in Australia as the ‘Postie Bike’, which the CT125 looks set to effectively replace as and when it gets confirmed for production.

Sadly it doesn’t look like the CT125 will revive the Land Rover-style low-range transmission that was a key feature of some CTs. On the earliest models, this actually featured a second, larger rear sprocket and an additional chain section that needed to be clipped into place. Later versions had an internal, lever-operated system that changed the final drive ratio.

Even without that the idea of a go-anywhere, unbreakable, utilitarian scooter has a distinct appeal that’s sure to see the CT125 become a production model in the near future. 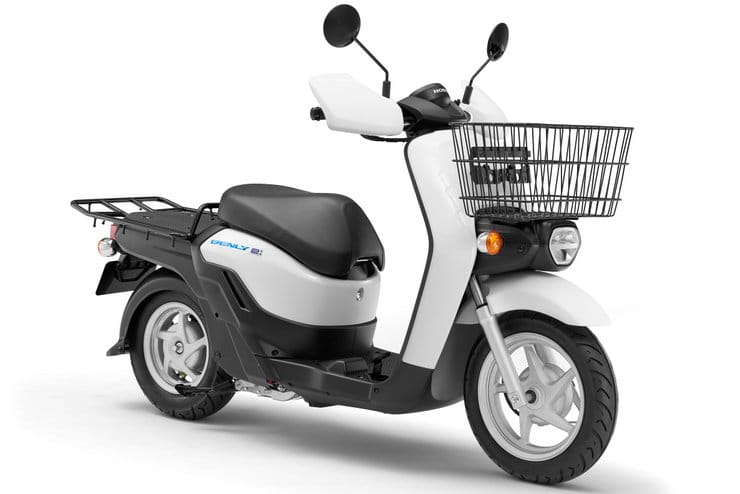 Honda’s slow adoption of electric power for its scooters continues with the worldwide launch of the business-targeted Benly e at the Tokyo show.

While the Benly won’t be familiar to many western riders, it’s a long-running model that’s been available in petrol-powered, 110cc form in Japan for years. Aimed at businesses, it’s a purpose-made delivery scooter, complete with a front basket, single-seat and large rear load rack.
A prototype electric Benly was shown a few months ago alongside Honda’s electric motocross prototype but now it’s becoming a production model. It’s set to feature the same swappable batteries that are used in the existing PCX Electric scooter, part of a thrust to create an electric infrastructure where the same battery packs are used in a wide range of Honda products from quad bikes to lawn mowers. 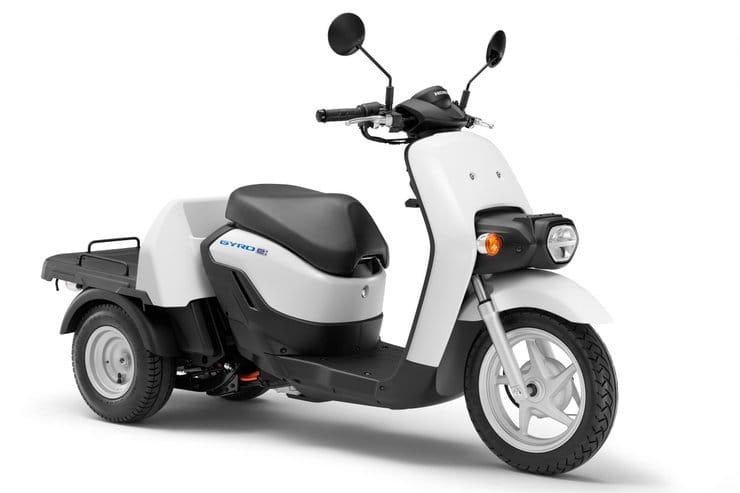 The third new Honda for Tokyo is the Gyro e – another electric business bike using the same technology as the Benly e. It’s got the same front end, too, but at the back it’s a very different proposition since it’s the latest of the Gyro range of tilting three-wheelers.

Again, these are rarely seen outside Japan, but they’re popular delivery trikes that have been in production since the early 80s. Unlike complex leaning trikes like Yamaha’s Tricity or Piaggio’s MP3, the Gyro simply has a pivot in the middle so while the front end and rider lean into corners, the engine and two rear wheels remain upright at all times.

Unfamiliar as the Gyro is to most UK riders, its design was actually conceived in this country; George Wallis patented the idea back the 60s and it was initially incorporated into the ill-fated Ariel 3 of 1970, the machine that’s sometimes blamed for the failure of Ariel’s parent company, BSA, in 1973. While the idea never took off over here, it’s proved enduringly successful in Japan.