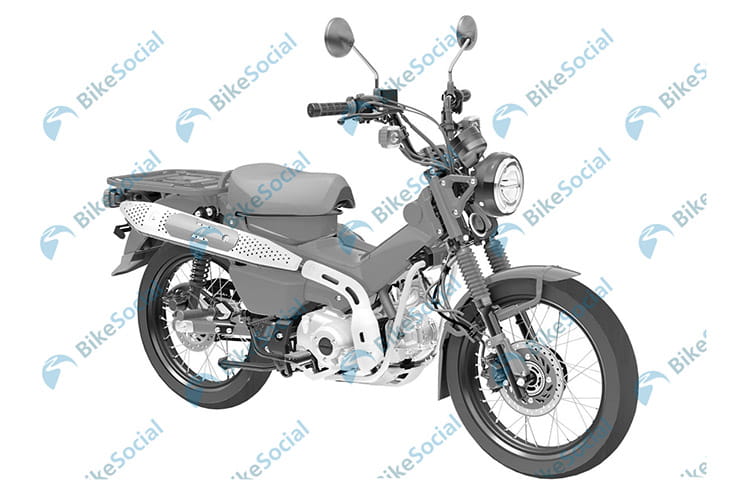 Production-ready CT125 (above) shows slight changes compared to the concept

Back in November we revealed that Honda’s CT125 concept bike – shown at October’s Tokyo Motor Show – was destined for production. It’s a story that provoked a hugely positive response, clearly showing that there’s a real appetite for the bike, and now we’ve got our hands on design images of the production version that show it’s losing none of the original concept’s appeal.

The CT125 is a direct follow-up to a long line of ‘CT’ models, based on Honda’s timeless Super Cub step-through but with an off-road twist. Originating back in 1960 as the C100H (Hunter Cub) in Japan and C100T (Trail 50) in America, it evolved for decades until the final CT110 – famous as the Australian ‘Postie Bike’ – left production just a few years ago. 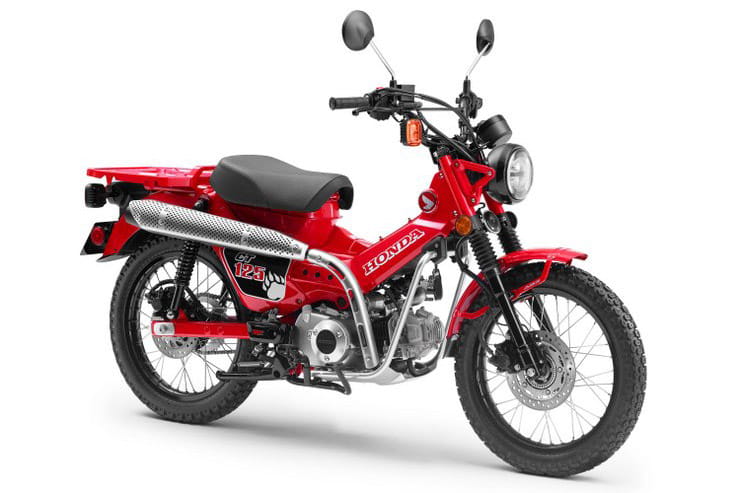 Concept version, above, had different exhaust and instruments compared to showroom version

The production version of the CT125 bears a close semblance to the concept version (above) but with a few subtle tweaks that mark it out as being showroom ready.

Most notable is the exhaust, which has a bulkier heat shield, particularly at the front where it is wrapped around a catalytic converter that was clearly missing on the concept. Other tweaks include a slightly different instrument panel – a single round clock, but one that’s got an LCD central section to give a selection of additional information.

On the left hand side of the bike, the production model gains a plastic tool box, just under the luggage rack, which helps to emphasise how seriously Honda is taking the CT125’s practicality. 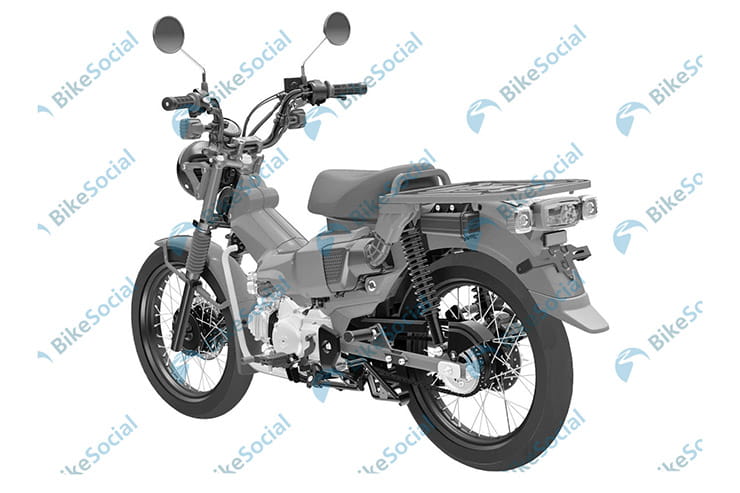 ‘Snorkel’ from airbox means air intake is as high as possible. Toolkit is in the plastic box under the luggage rack

You might be tempted to smirk at the idea of a Honda Cub-based adventure bike, but the CT125 is actually likely to be surprisingly capable. Its predecessors carried a generation of Australian postal workers to hard-to-reach places and there are clear signs that the new CT125 has the same go-anywhere ability.

The high-mounted exhaust might look like a scrambler-inspired styling element but it’s got a real purpose; keeping the exhaust out of the way when the bike wades through deep water. Similarly, on the left hand side you can see that the airbox has a snorkel that rises up to the height of the luggage rack. That means both the intake and the exhaust are nearly as high as the rider’s seat. The under-seat fuel tank also means the filler cap is one of the highest points on the bike – so all those key elements are kept well away from water if you find yourself trying to ride through a flood. 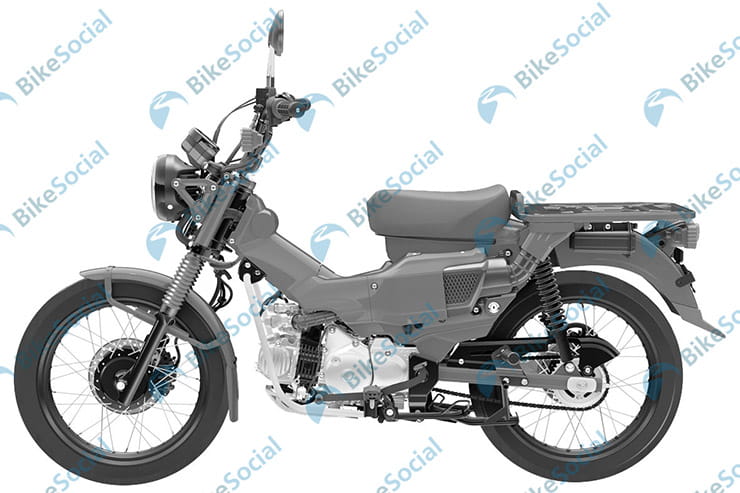 Last year, Honda effectively confirmed the bike was reaching production by filing trademark applications for two names that will be used on the final version.
While the model designation will be CT125, as used on the Tokyo concept model, the trademarked titles are ‘Hunter Cub’ and ‘Trail 125’. Those replicate the titles used on the original 1960 C100H and C100T models (which were actually 50cc, despite the ‘100’ name). In Japan, the ‘Hunter Cub’ name was used on that original bike, while the American version – which was otherwise identical – was called the ‘Trail 50’.

Mechanically, the new CT125, whether it’s called Hunter Cub or Trail 125, will use the same spec as the existing C125 Super Cub scooter. That means there’s 9.5hp four-stroke, air-cooled single with fuel injection and modern emissions controls, a four-speed manual transmission – with clutchless control, as usual on Honda Cubs – and a pressed-steel spine chassis. 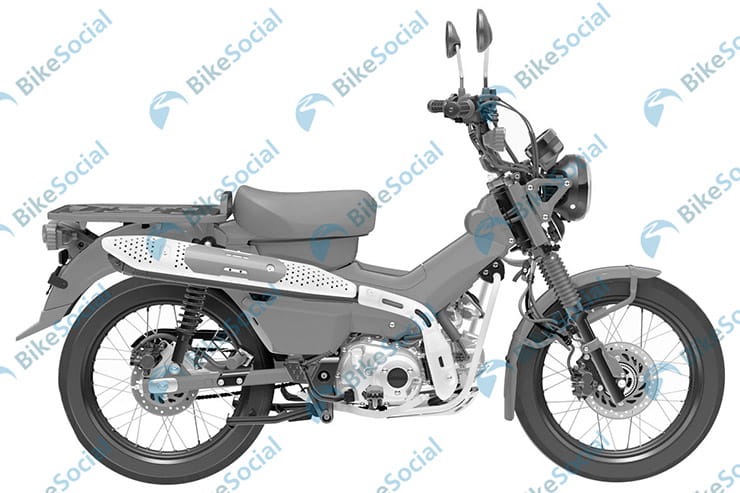