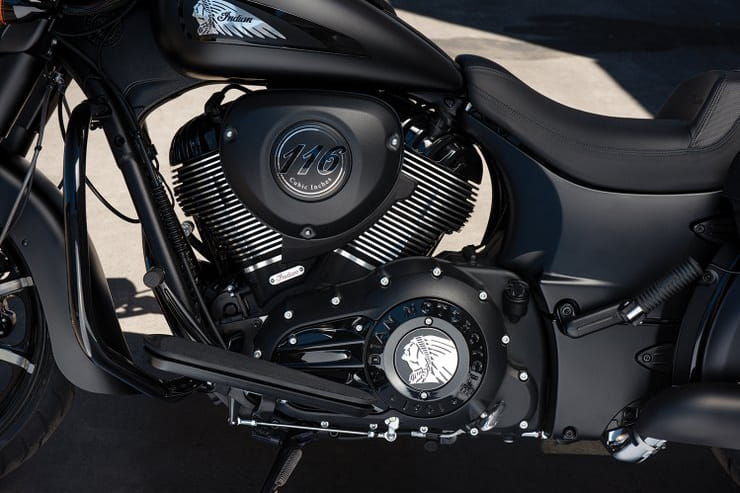 Indian has revealed the updates to its big air-cooled V-twin range for 2020 with most models getting a new 1901cc version of the ‘Thunder Stroke’ engine.

The updated engine gets a bigger bore, increasing from 101mm to 103.2mm, allied to the same 113mm stroke as before. That adds up to a 90cc capacity boost compared to the old 1811cc version of the engine. Of course, the twins are named after their imperial cubic-inch capacities, so the 2020 engine is the Thunder Stroke 116, while the older version is the Thunder Stroke 111.

In performance terms, the additional capacity gives a peak torque of 126lbft at 2900rpm, up from 119lbft at 3000rpm. Indian doesn’t quote power figures, but the bikes will be somewhere in the region of 100hp.

Indian’s ‘Ride Command’ infotainment system is also revised for 2020, with a new quad-core processor and connected services including weather and traffic information, while the Chief Dark Horse and Chief Vintage get a revised chassis from the Springfield – improving handing and adding adjustable rear suspension. The Springfield and Chief Dark Horse also get 17in front wheels – up from 16in – for more stability. 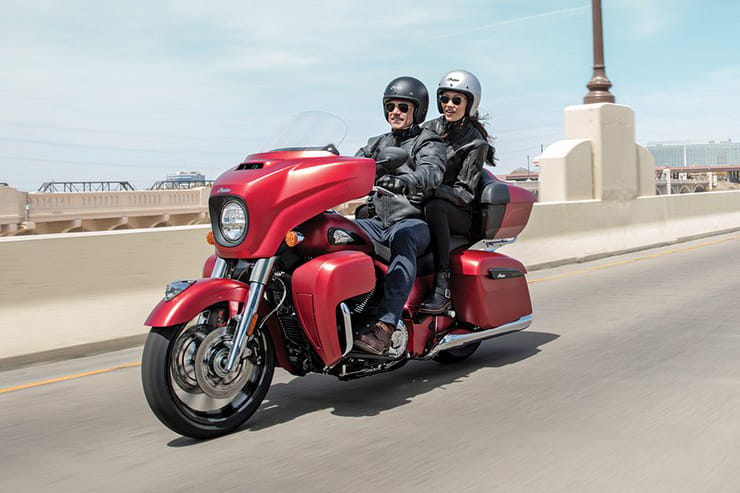 The Roadmaster Dark Horse is a new addition to the range for 2020. Based on the existing Roadmaster tourer, the Dark Horse swaps some of its chrome for black finishes and features a larger, 19-inch front wheel under a different mudguard, and a cleaner-looking front fairing with fewer lights. In the States it’s a $1000 cheaper than the normal Roadmaster, and the same is likely to apply here. 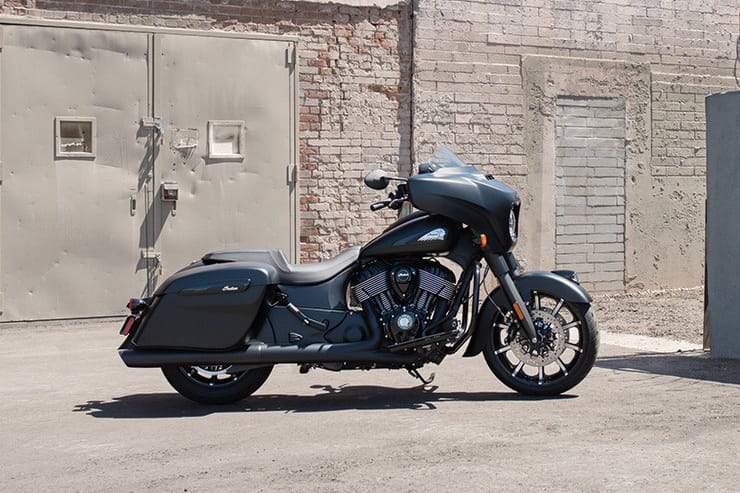 Although there was a Springfield Dark Horse in the 2019 range, the 2020 model takes its inspiration from the limited-edition ‘Jack Daniels’ version that was launched in March last year. That means it gets ape-hanger bars instead of the old model’s lower design and a new design of panniers. It also features the new Thunder Stroke 116 engine, of course. 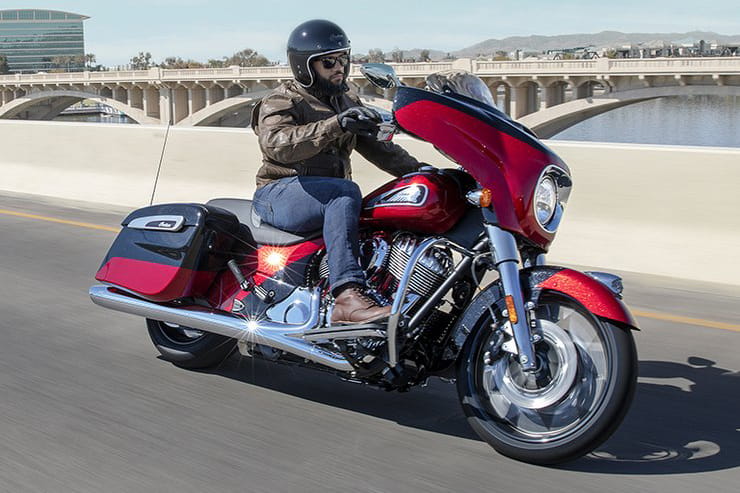 The Chieftain Elite dropped out of Indian’s range in 2019 but it’s back for 2020 with the Thunder Stroke 116 engine and the cleaner-looking fairing and panniers that were introduced to other Chieftain variants a year ago.

Again it gets the Thunder Stroke 116 engine, and as a range-topping model it’s packed with kit including an uprated stereo, two-tone paint, lashings of chrome and other details including special wheels. Elements of the engine, including the pushrod tubes, are colour-matched to the bike’s ‘wildfire candy red’ paintwork. Not a bike for shrinking violets. 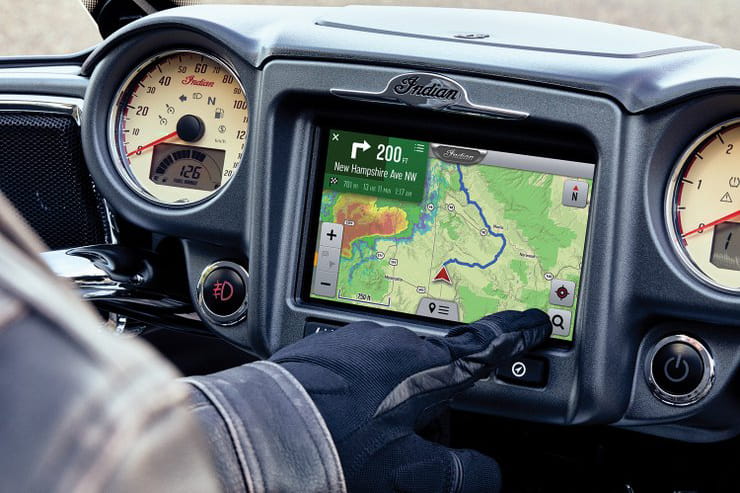