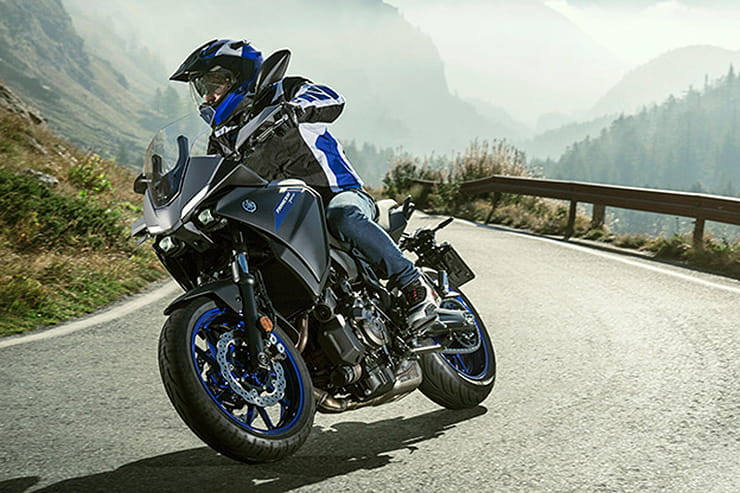 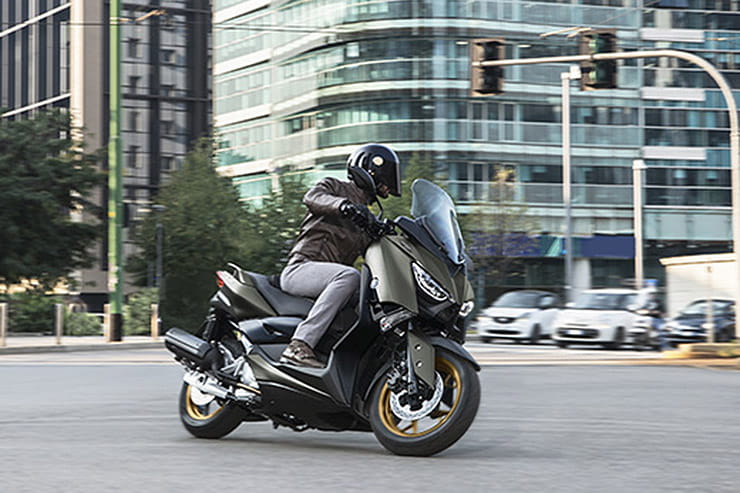 In a move away from the traditional annual EICMA (Milan Motorcycle Show) announcements, Yamaha is following the likes of Harley Davidson, Triumph, and latterly, Ducati, in moving their announcements away from being diluted among the many unveils from everyone else in one day.

So, having already announced and even allowed the world’s media to ride the 2020 YZF-R1 and YZF-R1M as well as revealing the MT-125, MT-03 and Tricity 300, Yamaha has this evening taken the opportunity to use their YouTube and Facebook-based live stream session of a pre-recorded video to bring us news of two new TMAXs and an updated Tracer 700. 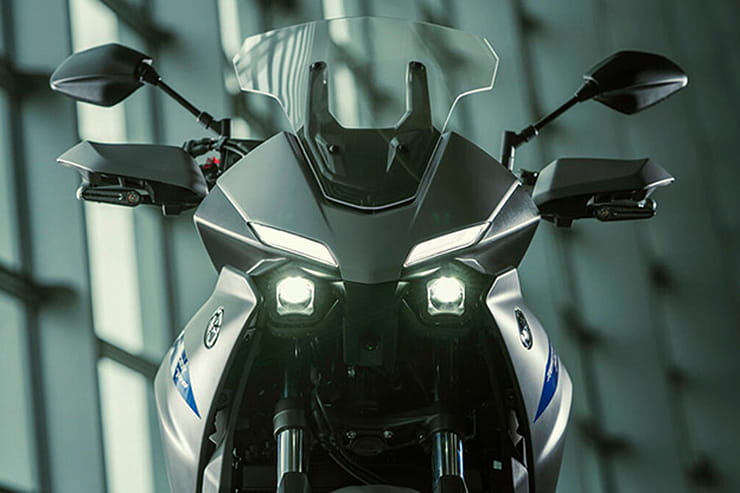 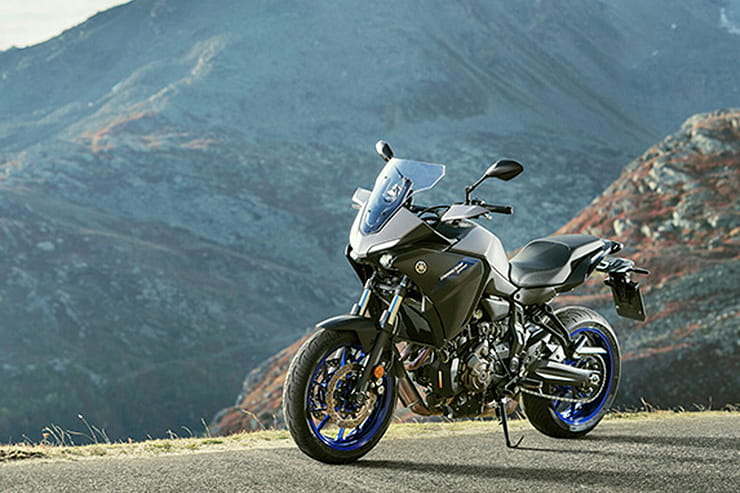 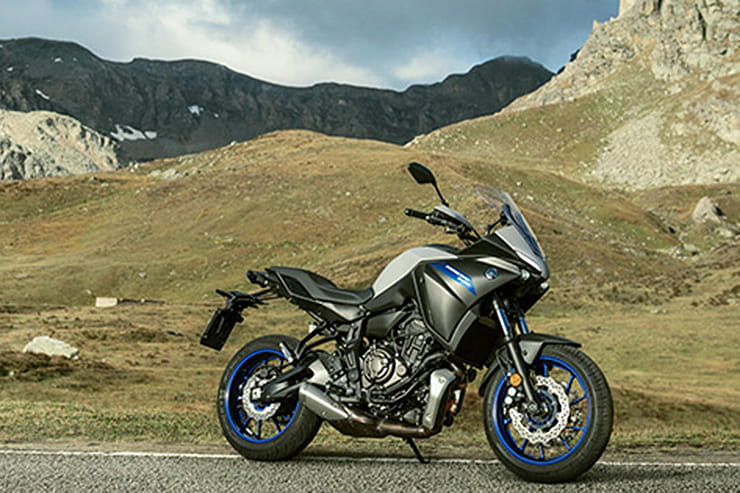 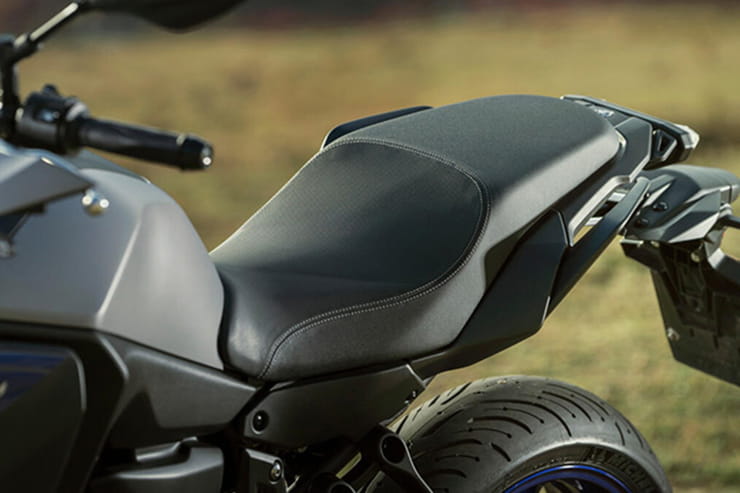 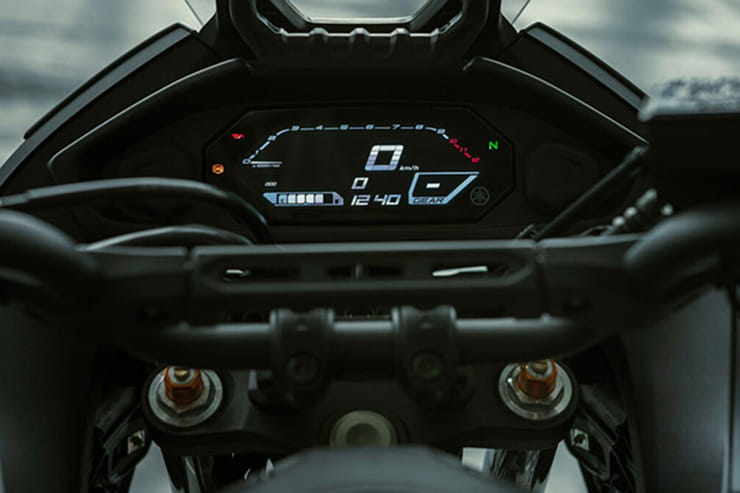 The updated Tracer 700, first introduced back in 2016, is the first of Yamaha’s line-up using the awesome 689cc, 2-cylinder CP2 engine to receive the Euro 5 treatment. As well as complying with emissions regulations, Yamaha has also treated the popular sports-tourer to a “dynamic new look” and with a claimed class-leading power-to-weight ratio, the sales charts are primed to go bonkers when this little steed gets welcomed to dealerships in 2020.

To meet Euro 5, the engine’s fuel injection and ignition settings are updated as well as revisions to the air intake and exhaust modifications. The spring rate in the front forks has been adjusted with preload and rebound damping adjusters along with preload and rebound-adjustable rear shock, suiting riders of all shapes, sizes and abilities.

A new single-handed adjusting screen (through 60mm) fits in with the new face and lighter weight fairing and redesigned handguards. They, alongside the new single-piece seat, add to the enhanced touring comfort.

A negative LCD instrument panel adjustable via the switch gear on the left-side of the handlebar is also upgraded while the LED indicators are now incorporated into the hand-guards.

Available in three colour schemes, Icon Grey, Sonic Grey and Phantom Blue, the bike will be in dealerships in March 2020.

Meanwhile, the good old warhorse, the FJR1300 gets a swansong. After almost 20 years, Yamaha has announced that this new Euro 5 friendly version is the icons “final generation”, and it’ll be available in two variations; FJR 1300 AS Ultimate Edition and FJR 1300 AE Ultimate Edition.

Maintaining the models understated and distinguished character, the designers have treated both models to a new Midnight Black bodywork finish and these guaranteed future classics will be in dealerships before Christmas. 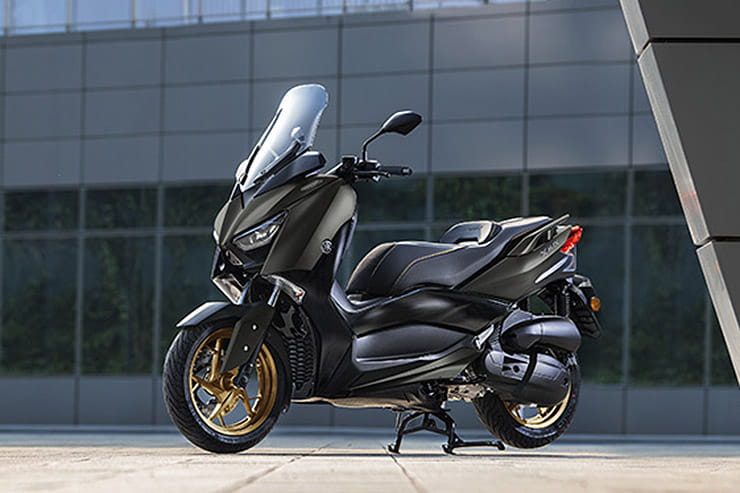 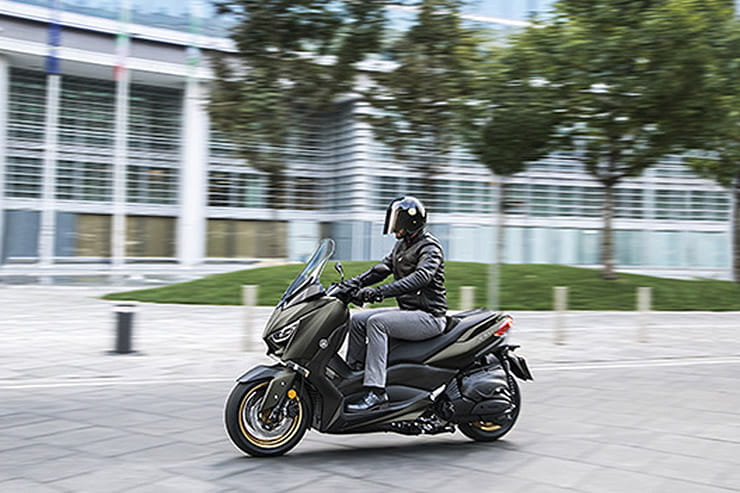 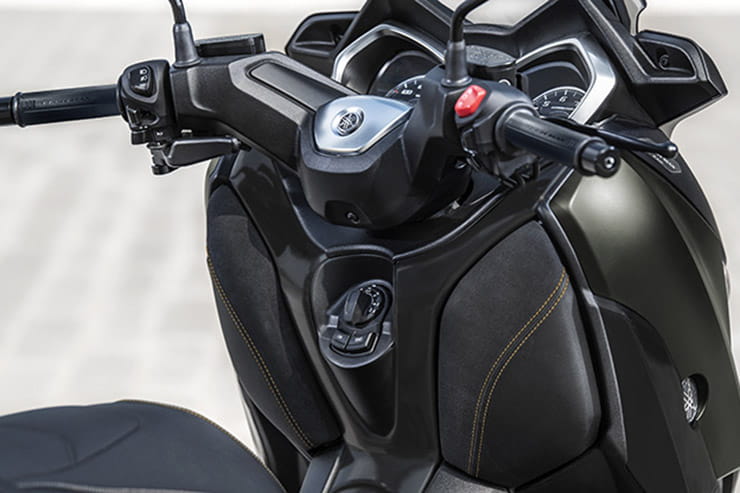 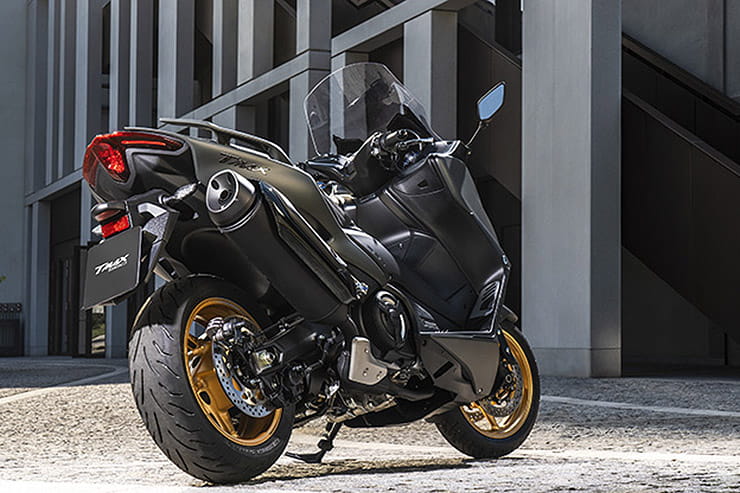 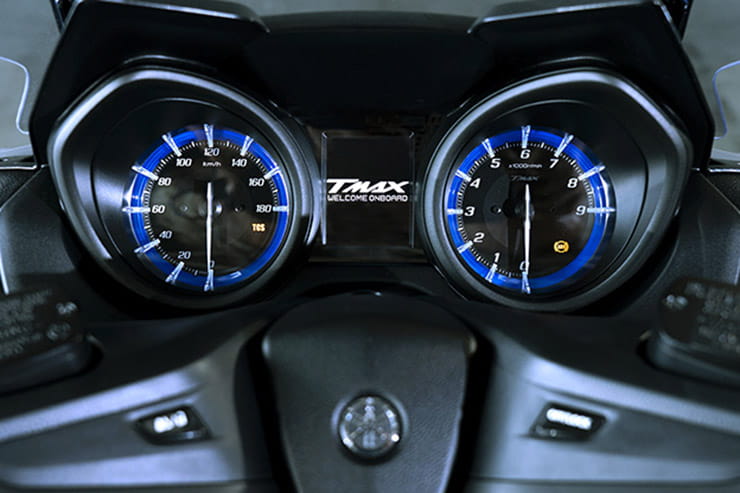 The most recent incarnation of Yamaha’s top-of-the-range super sport scooter, the TMAX, was brought to us back in 2017 but the 2020 version, the models 7th generation after sales since 2001 of more than 275,000, comes with the headline of a larger capacity engine.

The increase up to a 560cc 2-cylinder engine has been achieved by expanding the bore by 2mm to 70mm, and the new and slightly lighter weight and Euro 5 compliant engine accompanies the more aggressive bodywork. A newly designed tail section makes for easier pillion access onto and off the scooter but also to the foot pegs.

In terms of performance, the extra 32cc doesn’t add a vast amount; 47hp (35kW) at 7500rpm, compared to 45.3hp (33.8kW) at 6750rpm from the 2019 model. That’s partly because the Euro 5 will inevitably limit the increase but more importantly because if Yamaha gave the bike more than 47hp it would no longer be able to be used with an A2 licence in Europe.

A new CVT belt and auto shifting characteristics should offer a smoother ride at higher speeds while revised gearing should give even more poke away from the lights while the intake and exhaust systems have been modified offering a “more enjoyable and harmonised tune”.

A 360-degree crank with a balancer between the cylinders will make for smooth sailing as well as offering increased storage capacity with underseat storage good for a full face lid or two jet style helmets. The two-level D-mode, aka Rider Modes, and a keyless system and new LED taillight and integrated indicators are also updates to this maxi scooter.

But wait, there’s an even better version. The TMAX Tech MAX is its name and, as the name suggests, it gets MyTMAX Connect for full connectivity alongside an electric screen, cruise control, heated grips and seat, adjustable rear suspension and an exclusive colour.

Both machines will be in dealerships in December. The TMAX comes in Icon Grey and Sword Grey while the TMAX Tech MAX is available in Tech Kamo or Sword Grey.

The bikes will all be shown at EICMA this coming week as well as Motorcycle Live at the NEC later this month.