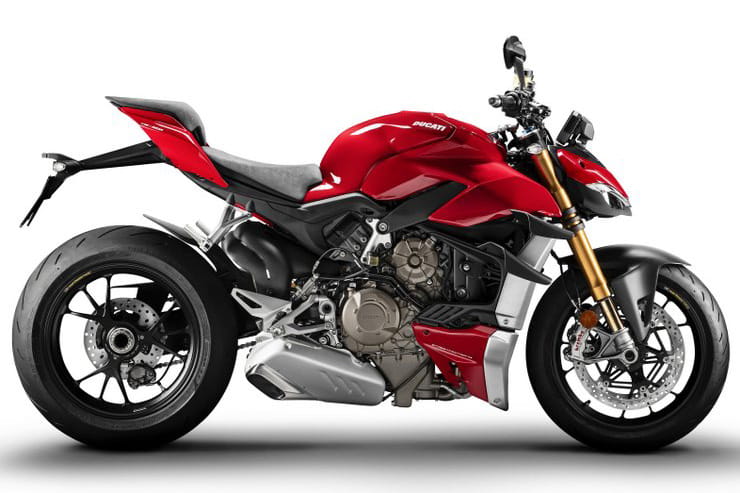 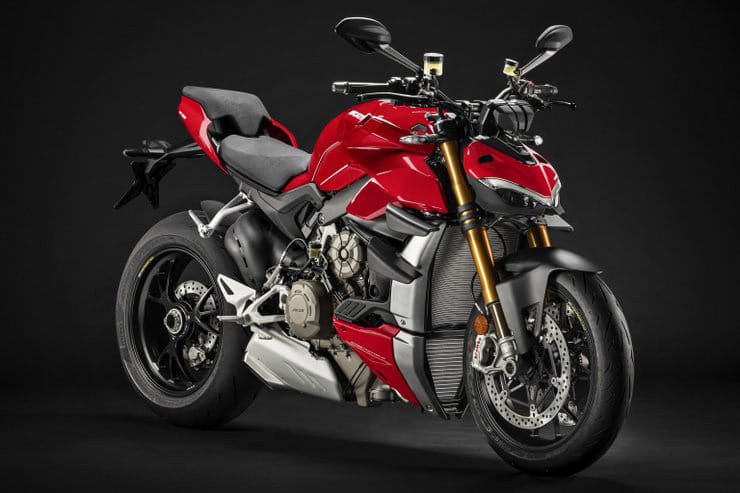 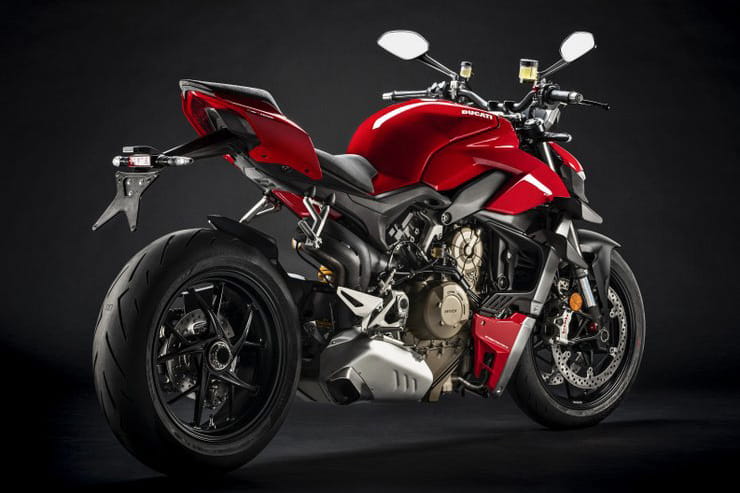 Ducati has been teasing us about the upcoming Streetfighter V4 for months now but the wait to see the bike in its final form has come to an end with its unveiling at a special event in Rimini today.

And, on paper at least, it’s already looking like it’s going to be hard to beat.

The bare figures are astounding. Even if we set aside Ducati’s somewhat spurious claims of a 178kg weight – a ‘dry’ figure that only matters if you’re somehow able to ride a bike with neither fuel nor oil on board – the numbers are astounding. The 1103cc Desmosedici Stradale engine, in a state of tune that’s within spitting distance of the full-fat Panigale V4 superbike, makes a claimed 208hp at 12,750rpm – peaking just 6hp and 250rpm lower than the Panigale. It backs that up with 90.4lbft of torque at 11,500rpm, down 1.1lbft on the superbike and, surprisingly, peaking 1500rpm higher.

On the road, though, the bike’s gearing turns that tiny torque deficit into a huge advantage. With a final drive targeting acceleration rather than top speed, Ducati claims the Streetfighter V4 actually has 31% more rear-wheel torque at 60mph than the Panigale V4 can muster. 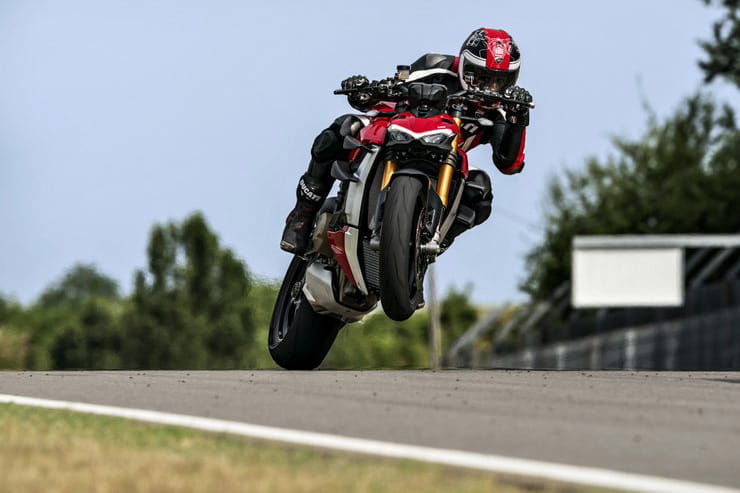 Following Ducati’s normal practice there are two versions of the Streetfighter V4. The base model, with a price of £17,595 when it goes on sale next March, is joined by a higher-spec ‘S’ version, costing £19,795and reaching dealers at the same time.

Both machines share the same engine and performance figures but the S is fractionally lighter. In the real world, with a 90% full tank of fuel, the base bike comes in at 201kg (180kg dry), where the S is 199kg (178kg dry). The difference comes down to the S’s forged aluminium Marchesini wheels. An optional race-spec Akrapovic exhaust can slice 6kg from either model while hiking power to 220hp.

The S also benefits, as normal, from better suspension, with Ohlins NIX30 electronically-controlled forks and a similarly clever Ohlins TTX36 rear shock, plus an Ohlins electronic steering damper. The entry-level bike makes do with passive Showa BPF forks and a Sachs rear unit, plus a conventional Sachs steering damper. 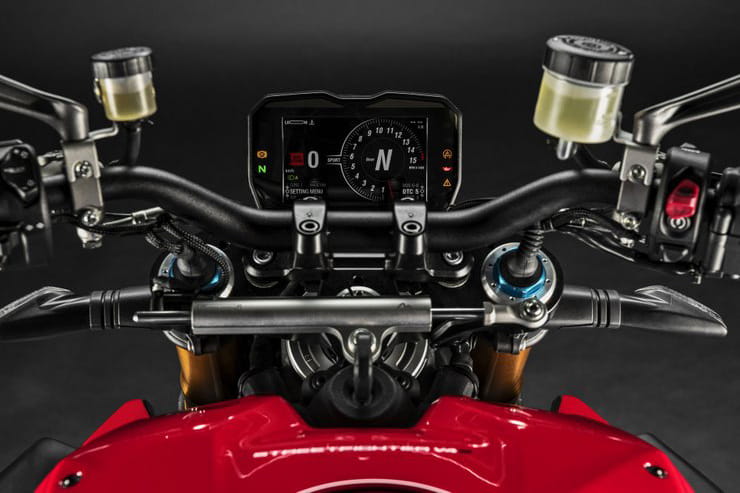 Although the frame is basically the same as the Panigale V4’s, the Streetfighter has a more upright riding position to suit its naked styling, with higher, wider bars and lower, further-forward pegs.

The winglets either side of the bike’s radiator might look like simple styling contrivances but Ducati swears on their effectiveness. At 270km/h (168mph), they produce a claimed 28kg of downforce to keep the front wheel down and add stability (20kg is on the front wheel, 8kg on the rear). Perfect for that daily commute.

You might not notice that, but owners will be thankful for Ducati’s Panigale-spec electronics package, fitted to the Streetfighter as standard. It includes a 6D IMU, cornering ABS, Ducati’s new ‘Evo 2’ version of its ‘DTC’ traction control system, ‘Ducati Slide Control’ (DSC), wheelie control, launch control, an up/down quick-shift and engine braking control, all controlled via a 5 inch colour screen. Three riding modes come as standard, along with LED lights and preparation to fit Ducati’s Data Analyser+ GPS and the firm’s multimedia system.

While we’re going to have to wait until March before the Streetfighter V4 reaches dealers, it’s going to be a tough job for rival naked bikes to beat the Ducati on the basis of its specs. Throw in the user-friendly 7500 mile/12 month service intervals and prices that, while far from cheap, don’t seem at all unreasonable for the amount of performance on offer, and it’s already an immensely convincing package.