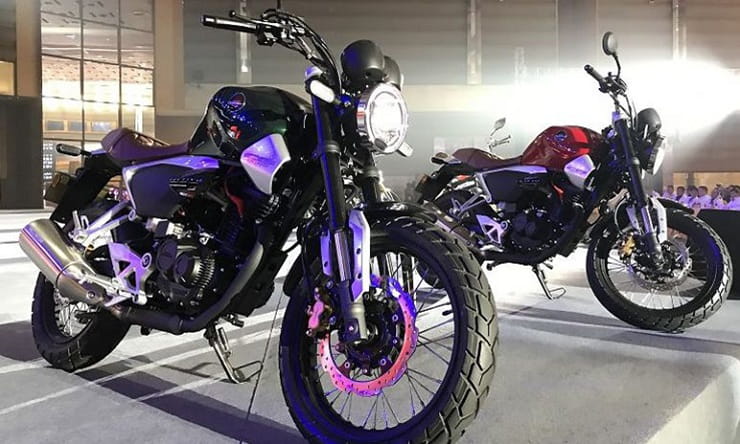 Honda has pulled the wraps off this new CB190SS model in China and while the model isn’t likely to make it to western markets it hints at how the firm’s other CB-branded models could evolve.

Made by Wuyang-Honda in China, the CB190SS is a derivative of the sports-style CB190R, but gets a completely new retro style and revives the ‘SS’ suffix that’s previously featured on retro machines like the CB400SS.

Despite a retro look including wire wheels and a quilted leather-look seat, the CB190SS features kit including ABS and upside-down forks. However, its technical spec is less significant to us than its overall look. The air-cooled, 184cc single which also powers the Chinese-market CB190R isn’t currently offered in Europe, and that’s unlikely to change. However, the new SS clearly illustrates how the latest ‘neo-retro’ style of Honda’s CB1000R, CB650R, CB300R and CB125R easily lends itself to a more overtly retro look befitting the ‘SS’ name. Simply adding wire wheels and a simpler, flatter seat to any of those existing European market models would give them a similar style.

Perhaps not coincidentally, the CB190SS appeared at the same time as Honda’s one-off CB1000R Tribute (which we revealed last week) is starring on the firm’s stand at the Motodays show in Rome. That machine, built by Honda’s Italian arm, also demonstrates the effect that wire wheels and a retro paint scheme have on the latest naked CB styling direction. Could it be a hint at a future European-market CB1000SS?