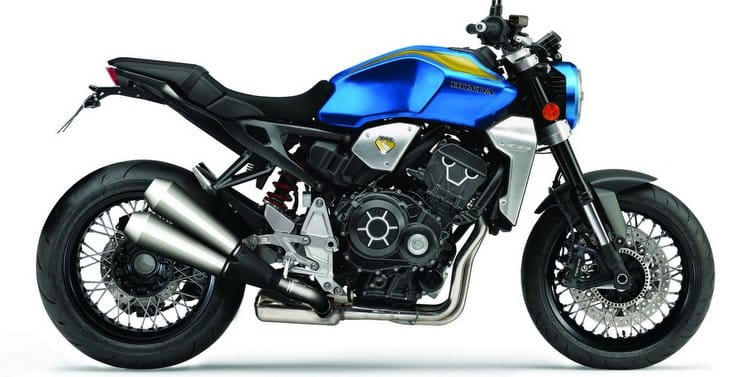 This year marks the 50th anniversary of the introduction of the world’s first ‘superbike’ – Honda’s 1969 CB750 Four – and the firm is to mark that moment by revealing special version of its current CB1000R at Roma Motodays in Rome from 7-10 March.

The event is being themed around the CB750, the machine that brought large, four-cylinder bikes to the masses as well as introducing technology like disc brakes, and Honda’s Italian arm has created the ‘CB1000R Tribute’ to mark its significance.

The bike is set to be a one-off, and one visitor to the Roma Motodays event will win it. However, given that Honda’s Italian-based R&D department has previously created several machines – including the concepts that led to the X-ADV and to the current CB1000R and CB650R models – it’s worth paying attention to the unique machines created there.

Changes compared to the stock CB1000R include the addition of tubeless JoNich wire wheels, an SC-Project exhaust that mimics the original CB750’s design, an Alcantara saddle and Rizoma bar ends, mirrors and indicators.

The bike’s paintwork mimics the original blue and gold scheme of the 1969 CB750 including its colour-matched headlight surround and a vintage-style Honda wing badge on the side panel. 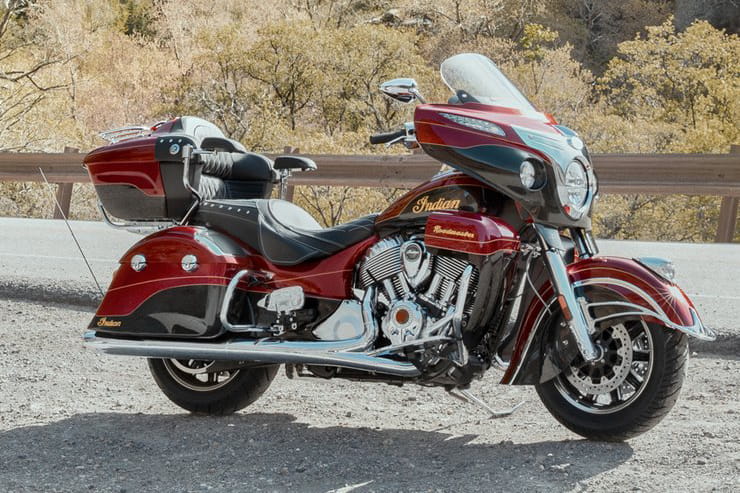 Indian has revealed a new limited-edition Roadmaster Elite that takes the already-loaded Roadmaster tourer and piles on even more luxury features.

Only available in a two-tone red-over-black colour scheme (or ‘Wildfire Red Candy’ over ‘Thunder Black Crystal’ to use Indian’s own overblown terms for the colours), the bikes get 24 karat gold leaf badging and undergo a hand-finished paint process that takes nearly 30 hours to complete. Don’t scratch it.

Technically, the Elite gains a high-spec 600-watt ‘PowerBand Audio Plus’ stereo instead of the piffling 200-watt system that the normal Roadmaster has to make do with. Indian says the Elite’s system is 50% louder, which is good in a Spinal Tap sort of way.

Reid Wilson, Senior Director for Indian Motorcycle, said: “The Roadmaster Elite offers the most refined, premium touring experience for riders that demand the best of the best. We’ve truly left no stone unturned, packing this bike with style and comfort features that take the touring experience to a new level.” 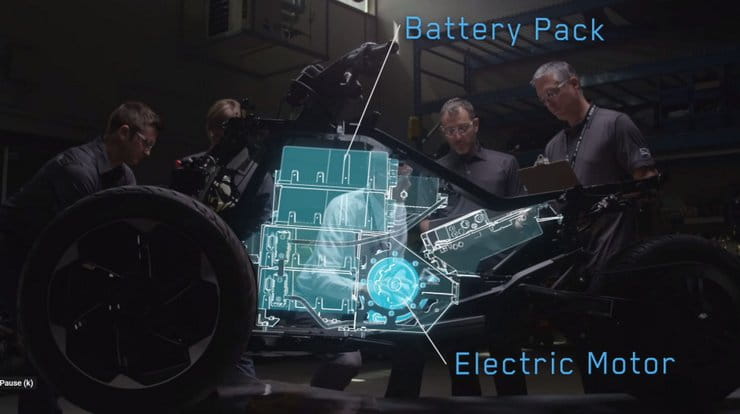 Electric bike firm Alta Motors collapsed last year shortly after a planned tie-in with Harley-Davidson fell to the wayside, but the company’s promising EV technology has been snapped up by Bombardier Recreational Products, parent company of firms including Can-Am and Rotax.

According to BRP, the purchase isn’t a scheme to relaunch Alta or to bring back its range of electric off-roaders. The firm said:

This purchase includes certain intellectual property, patents and some limited physical assets from the former all-electric motorcycle design and manufacturing company. It is an opportunity for BRP to complement its ongoing research and development into this burgeoning area of expertise. BRP has no interest in restarting operations of Alta Motors and assumes no liabilities.

Known for pushing innovation to improve the rider experience, BRP is constantly on the lookout for the next generation of powersports solutions. BRP has already commercialized electric side-by-side vehicles for a number of years, has created electric and hybrid prototypes of Can-Am Spyder vehicles and is currently involved in electric karting with Rotax.

Back in 2016, Can-Am showed the prototype electric version of the Spyder three-wheeler, and the Alta purchase clearly bolsters the chances of something similar reaching production.

It’s also worth bearing in mind that while Can-Am has restricted itself to three-wheelers and quads in recent years, the firm’s heritage is in motocross and enduro bikes. Could the Alta technology purchase hint at a return to that market? We’ll have to wait and see. 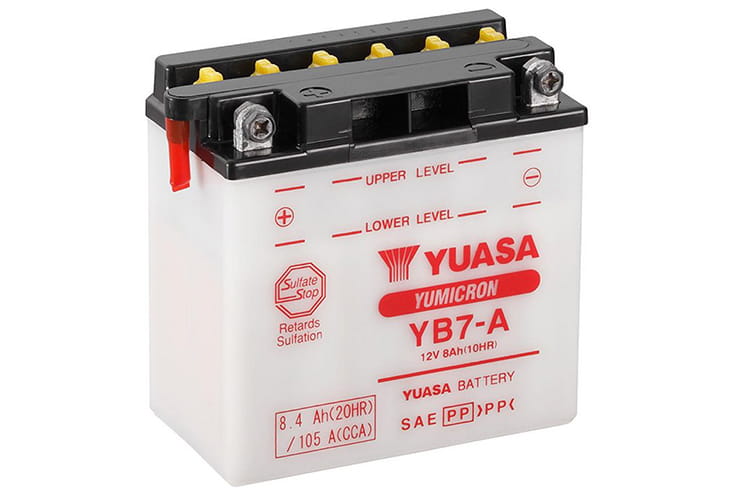 Government proposals to restrict the sale of acid and acid-related products in response to a spate of acid attacks have been modified to exclude motorcycle batteries after the issue was flagged up by the Motorcycle Industry Association (MCIA).

Acids are included in the Offensive Weapons Bill, which also restricts the sale of knives and other weapons, but as a consequence of the original wording, the law would have effectively outlawed mail-order sales of lead-acid batteries. Bike owners could have suffered particularly badly; many buy their batteries online for mail-order delivery as it’s not always easy to find the right battery stocked in local shops.

Having flagged the issue, the MCIA convinced the Government to change the proposed legislation to exclude vehicle batteries.

MCIA CEO Tony Campbell said: “No one would argue against the core purpose of this Bill, but as can happen with this type of legislation, unrelated issues get entangled with unintended consequences. Therefore, timely and decisive action by the team at the MCIA resulted in this positive outcome and avoided any disruption or threat to our members’ businesses.” 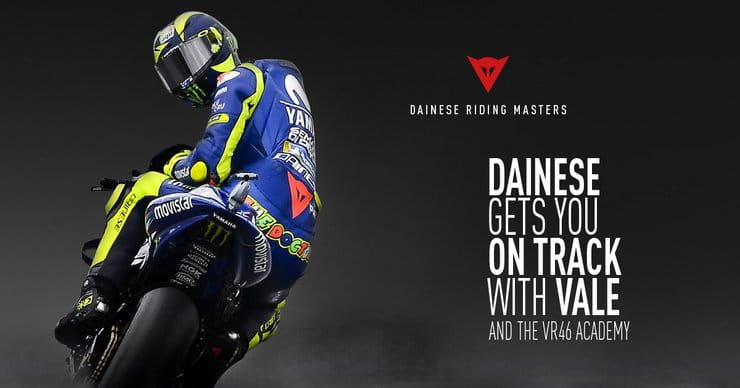 from none other than Valentino Rossi.

While the idea of riding schools isn’t a new one, the Dainese event is more of a one-off experience. It’s planning a series of events, each dedicated to different areas of riding and sports that the firm is involved with.

The Misano event in April will be split into three classes to reflect different riding abilities.

The top rung will be the Dainese VR46 Class, giving the chance to ride with Valentino Rossi on track. Tickets to take part is this class will be auctioned, with the proceeds going to the Marco Simoncelli Foundation.

Next, there’s the Champions Class, with instructors including Franco Morbidelli, Luca Marini, Lorenzo Baldassarri and Marco Bezzecchi. It’s aimed at riders who already have track experience and want to further hone their skills.

The Dainese Riding Master class lacks the big-name instructors but it’s aimed at riders who are new to on-track riding. It’s split into sub-sections – Racing Classes, with five riding sessions for skilled riders looking to improve their abilities, and Safety Classes for less experienced riders and focussing on basic skills.

All the details can be found in the experience section of the Dainese.com website.