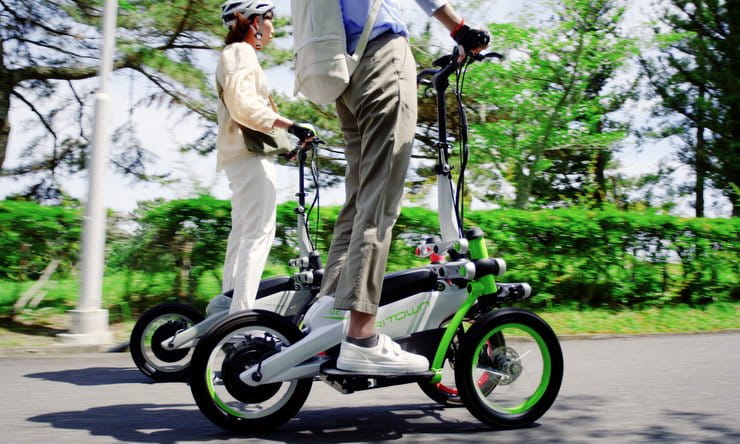 Earlier this year we revealed Yamaha’s plan to expand its range of ‘LWM’ (leaning multi-wheel) bikes and now the firm is taking the next step along that road by beginning public tests of its Tritown electric three-wheeled scooter in Japan.

First revealed as a concept at the 2017 Tokyo Motor Show, and shown again in near-production form at CES in Las Vegas this January, the Tritown is a battery-powered stand-up scooter that uses the leaning three-wheel technology that Yamaha is increasingly backing. It’s the smallest machine in a line-up that started with the Tricity 125 scooter, continued with the Niken and expands further later this year with the planned launch of the production version of the 3CT concept.

Yamaha will be allowing members of the public to try near-production prototypes of the Tritown in a test at Echigo Hillside Park in Nagaoka City, Niigata Prefecture, Japan, between 13 July and 11 August.

Yamaha refers to the Tritown as a ‘last mile’ solution – effectively an alternative to walking or cycling for commuters. With many years’ experience in making its PAS range of electric-boosted bicycles, the powertrain – with a hub-mounted motor – is nothing new to the company, while the three-wheeled layout offers the same grip advantages over two wheels as it does on the firm’s larger LMWs.