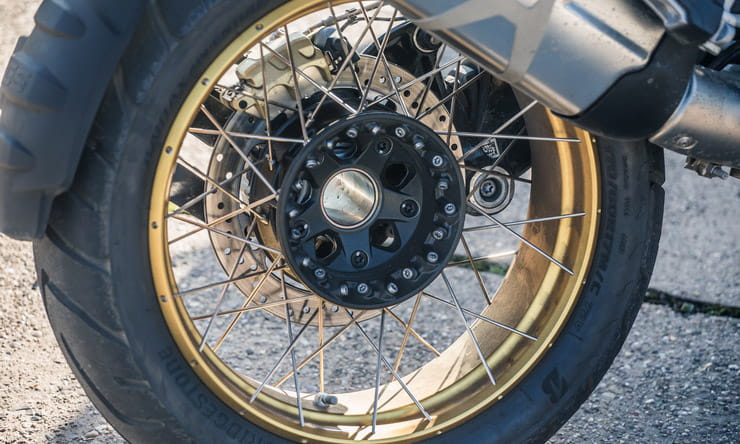 Spoked-wheel BMW bikes sold between February – June 2018 have the potential for one or a number of spokes to work loose. While no official recall has been issued because the potential issue is “not safety critical”, customers are being recommended to carry out “routine inspection and tightening of spokes”.

And while BMW “knows of no accident or catastrophic wheel failure caused by loose spokes,” our translation of that recommendation would be go to your local dealer and get them checked. It’s free.

In the UK, fewer than 1,000 bikes fell within the specific production range and almost a quarter bikes that could potentially be affected were inspected prior to customer delivery.

Dealers were notified of the service campaign, in October 2018, to ensure that wheels were checked and, if necessary, reworked before delivery or at the time of a bike’s next scheduled service visit. A loose spoke – or number of loose spokes – may translate to a change in ride, noticeable to a rider.