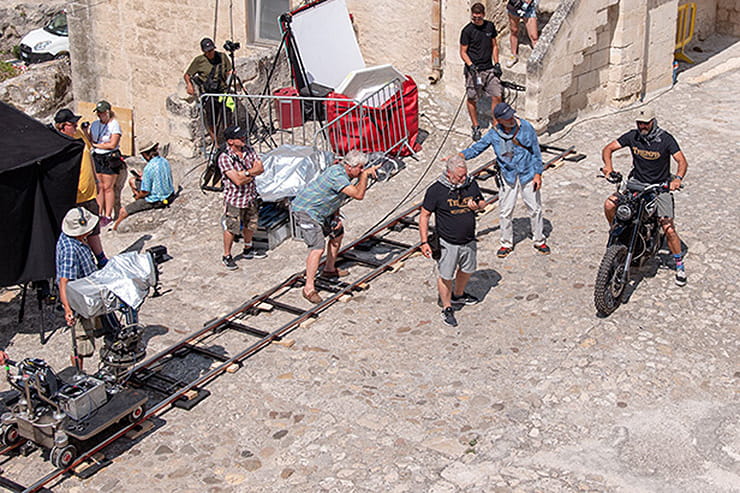 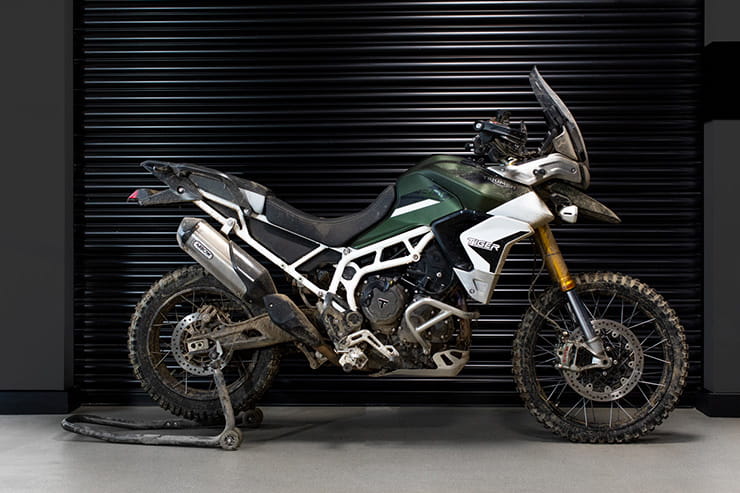 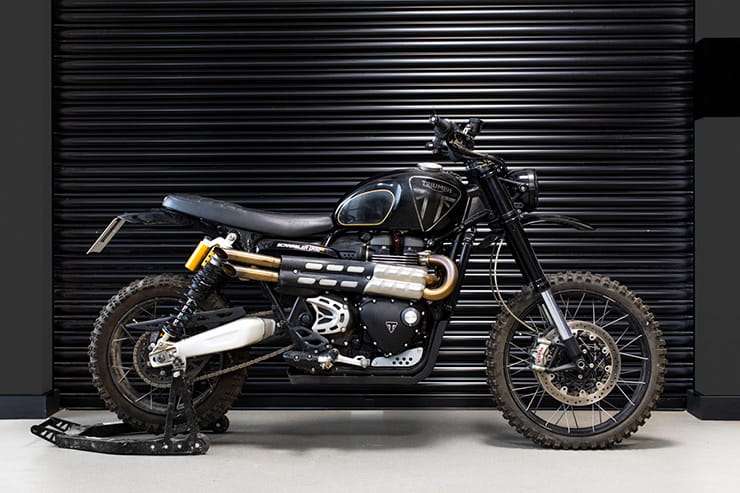 Ahead of the official UK release in April 2020 of the 25th James Bond film No Time To Die, Triumph has today confirmed its new partnership with the British series of spy films based on the fictional MI6 agent, code-named ‘007’.

Triumph Motorcycles’ all new Tiger 900 and Scrambler 1200XE will feature in the latest film in the franchise with the Hinckley-based manufacturer’s design workshop team collaborating with the stunt team from the film to configure several feature motorcycles, including the special preparation of Tiger 900 and Scrambler 1200 models for “extreme and dynamic action sequences”.

Internet gossip fuelled by photographs and video shot by many onlookers as scenes from the film were shot around the city of Matera in Southern Italy back in September suggest Bond, or at least his stunt double, will certainly ride the Scrambler 1200, possibly having taken it over from a villain henchman. The official image shows a modified bike with a set of off-road (and handbook approved) Pirelli Scorpion Rally tyres plus a unique brushed aluminium fuel tank, slash-cut exhausts and the removal of its side stand.

Other than the official shot released by Triumph, no other evidence of the Tiger 900 Rally (or Rally Pro – there is a sump guard, engine bars and LED Fog Lights suggesting it’s the Pro model, yet no centre stand which may mean it isn’t) in action has come to light. However, from the above shot we can see the centre stand has been removed and the OE tyres have been replaced by a set of knobblies and the Arrow silencer will offer an even more enhanced sound – which probably alerted 007 to the baddies’ whereabouts. 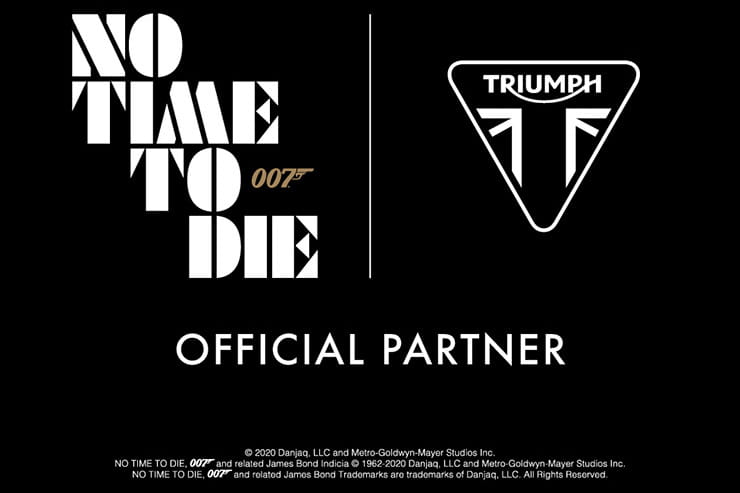 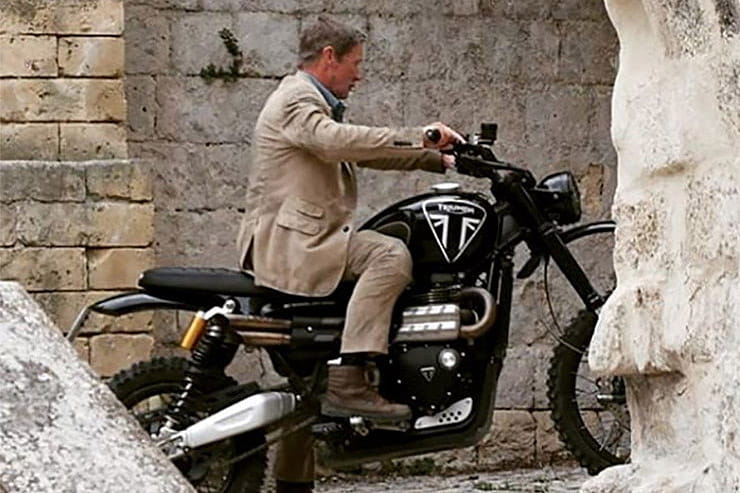 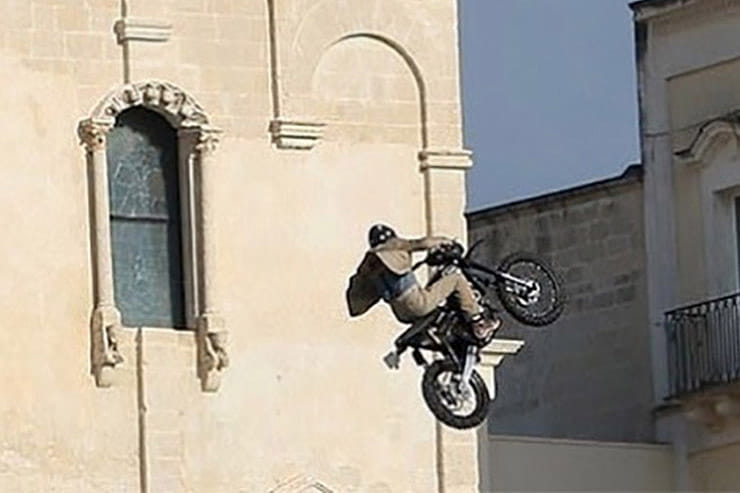 Above: the official film logo plus action snaps from the new 007 film shot by onlookers

This isn’t the first time Daniel Craig as Bond takes over a motorcycle from a henchman: he did the same in Quantum of Solace (a modified Honda Montesa Cota 4RT) and SkyFall (a Honda CRF250) but James Bond stunt coordinator Lee Morrison was impressed with the Triumph. He said; “Triumph gave us early Tiger 900 prototypes before launch so we could film in 3 key locations well before the bike’s official reveal. I have to say that we have literally thrown everything at them. Big craggy sharp rocks, deep boggy mud, high speeds, big jumps and huge climbs and descents across a variety of conditions. The Tigers really have stood up to the task incredibly well, with no mechanical issues, and to me this really proves their go-anywhere credentials.”

No Time To Die, will be released globally from April 2, 2020 in the U.K. through Universal Pictures International and in the U.S on April 10, from Metro Goldwyn Mayer Studios via their United Artists Releasing banner.