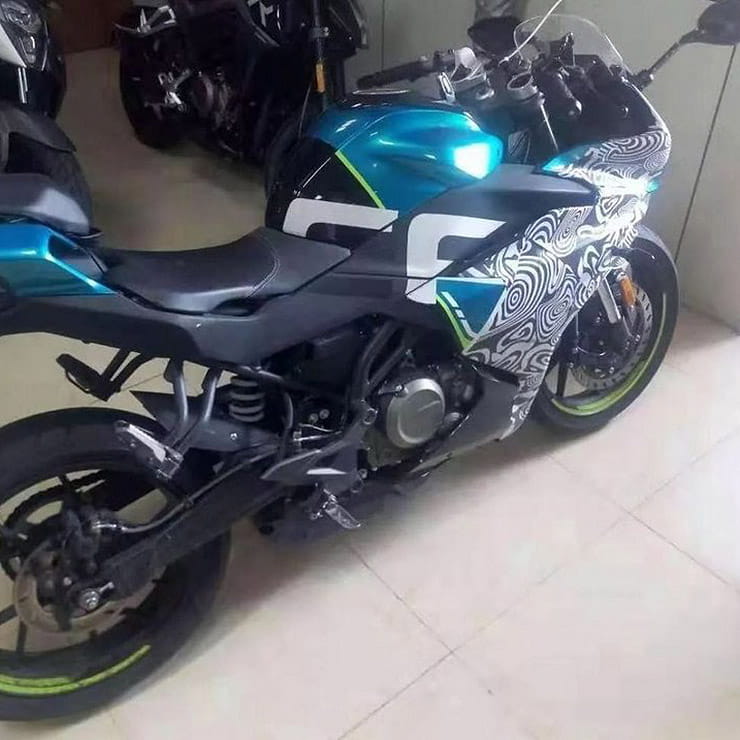 The number of single-cylinder 250-300cc sports bikes on the market has taken a nosedive in recent years with the disappearance of models like Kawasaki’s Ninja 250SL and Honda’s CBR300R but CFMoto is about to step into the breach with the new 250SR.

The Chinese firm already teased us by showing a race-spec version of the bike earlier this year, and now near-production road-going versions have been spotted on final tests.

The first impression is that the production machine is remarkably similar to the racer that was shown before, but unsurprisingly there are some changes. At the front, slanted headlights fill the gaps that were air intakes on the racer, flanked by C-shaped LED strips working as daytime running lights.

Moving back, the road version gets a pillion seat and pegs, and the racer’s conventional exhaust, with an Akrapovic end can, is replaced with a belly-mounted exhaust.

That exhaust, like most of the mechanical parts of the bike, is taken directly from the existing CFMoto 250NK naked model. Other shared components include the engine, frame suspension and brakes, so we can get a pretty clear idea of the 250SR’s specs by looking at those for the 250NK. They reveal we should expect the single-cylinder, 249cc DOHC motor to make around 26hp at 9200rpm, which should give fairly sprightly performance in a machine weighing around 150kg ready-to-ride. The forks are no-brand upside-downers, while the single 300mm front brake has a radial-mount caliper from Spanish manufacturer J.Juan in place of the earlier race version’s Brembo unit.

A tablet-style full-colour LCD instrument pack is fitted, giving access to multiple riding modes and including a host of information including a gear position display as well as readouts for revs, fuel level, engine temperature, air temperature, battery voltage and time.

From the look of the spied prototypes, it seems that the CFMoto 250SR is ready to be launched imminently. Unlike many Chinese-made bikes, it is almost certain to be offered in the UK. At the moment, the naked 250NK version costs £3099 here, so a price of around £3500 for the 250SR seems likely. 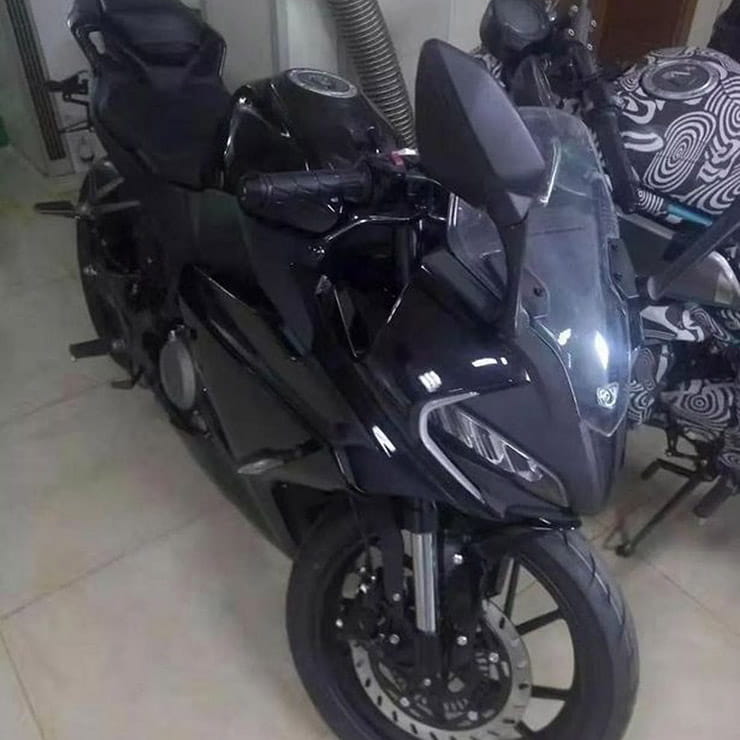