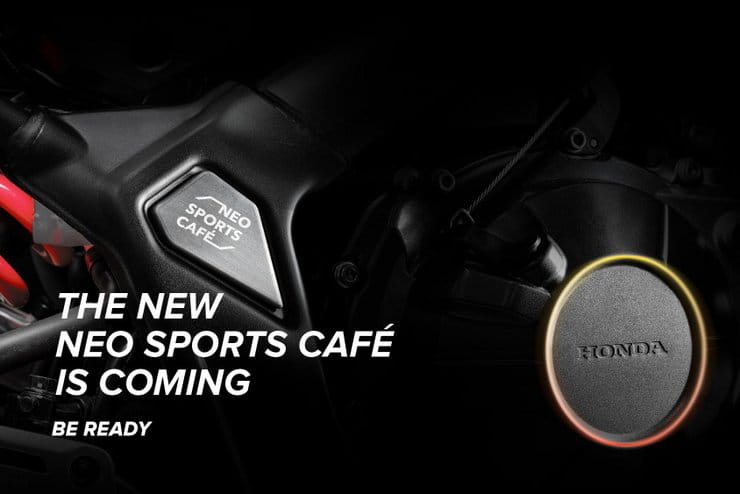 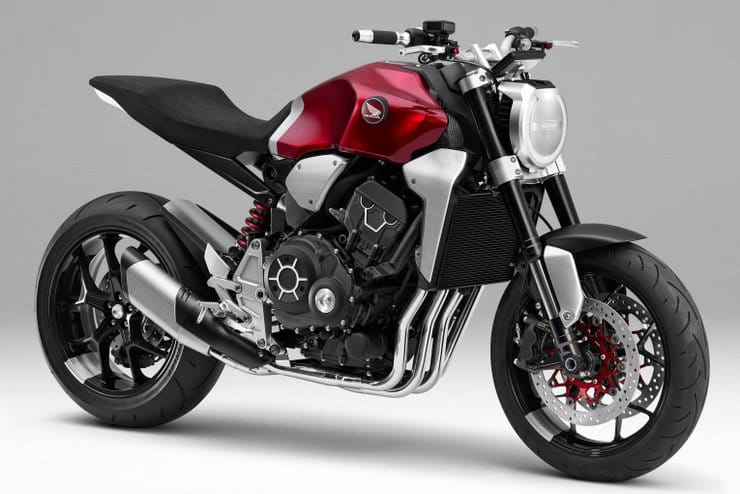 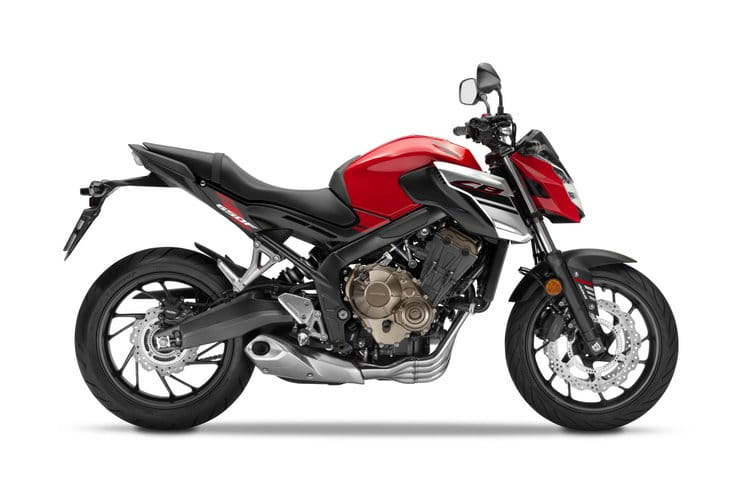 A year ago Honda began a wholesale revamp of its naked ‘CB’ line-up with a new ‘neo-retro’ styling theme. Last November it simultaneously revealed the CB1000R, CB300R and CB125R all following the same design idea.

But before them, in October 2017, it showed a concept, the Neo Sports Cafe, that previewed the style of the CB1000R that would be launched just a few weeks later. Now Honda is about to pull off the same trick again, showing another Neo Sports Cafe machine at next week’s Intermot show in Cologne.

There’s just one, dark, close-up teaser shot to go on at the moment, but even so it’s instantly clear that the new bike will be based on the engine from the CB650F – a machine that it’s sure to replace in Honda’s range.

Like last year, we’re expecting to see a concept version of the bike first, with the production model appearing in a few weeks’ time at November’s EICMA show in Milan. But as with the original NSC and the CB1000R, the differences between the concept and the production machine will probably be minimal.

While the new bike’s engine appears to be straight from the CB650F, it looks like Honda has redesigned the frame. The close-up teaser image shows the swingarm pivot section, with a different design to that of the current CB650F. As on the current model, though, the chassis will be an aluminium beam frame with a tubular seat subframe section.

Last year, while it previewed the CB1000R with the Neo Sports Cafe concept, Honda sprung a surprise by revealing the similar-looking CB300R and CB125R alongside the production model. This year we might see something similar; like the CB650F, the current CB500F is crying out to be revamped in the new neo-retro style for 2019.