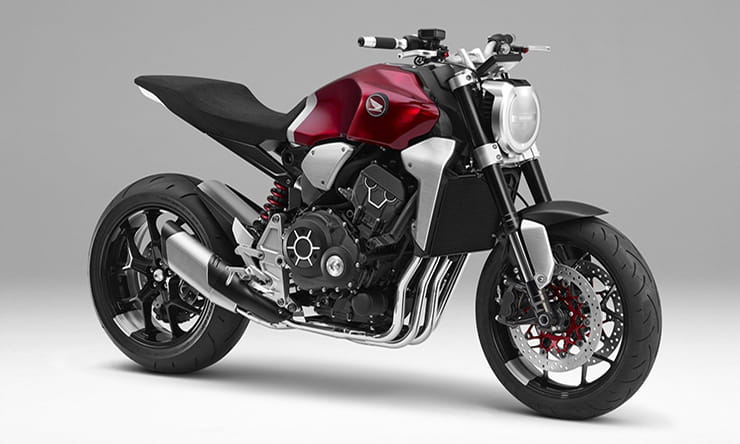 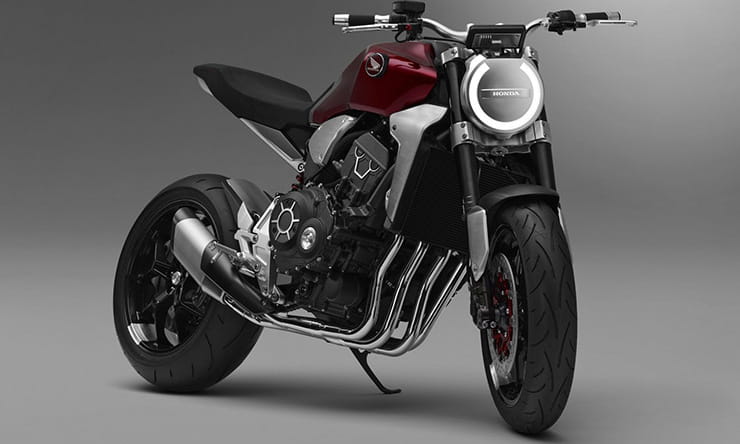 Honda has already teased that it will launch its Neo Sports Café as a production bike at the Milan Show on 6 November. But in the meantime it’s shown this ‘concept’ version of the new model.

Released today at the Tokyo Motor Show, the Neo Sports Café Concept is really nothing less than the upcoming production bike with a few minor tweaks. Other than the headlight, the tail light, the exhaust and the lack of mirrors and a licence plate hanger, this is pretty much the showroom model that you’ll be able to buy next year.

At the moment Honda hasn’t released any specifications but it’s clear that the engine is derived from the 2004-2007 FireBlade motor used in the existing CB1000R. It’s had a visual reworking with polished elements on the cylinder head to enhance its appeal, and internally there are sure to be changes to meet the latest emissions rules. The existing CB1000R can’t achieve Euro4.

That engine is bolted to a new frame, which appears to be an intriguing cast-aluminium backbone design. The single-sided swingarm is nod to the old CB1000R, but is a new design.

Styling for the bike is a development of the shape of the CB4 concept revealed a couple of years ago. That was based on the CB650, though, not the CB1000R.

Overall the Neo Sports Café promises to be an interesting alternative to bikes like Yamaha’s MT-10, Kawasaki’s Z1000 or Suzuki’s GSX-S1000 – offering a rather classier style than those overtly aggressive machines without adopting the more straightforward retro approach that’s being used on Kawasaki’s new Z900RS.