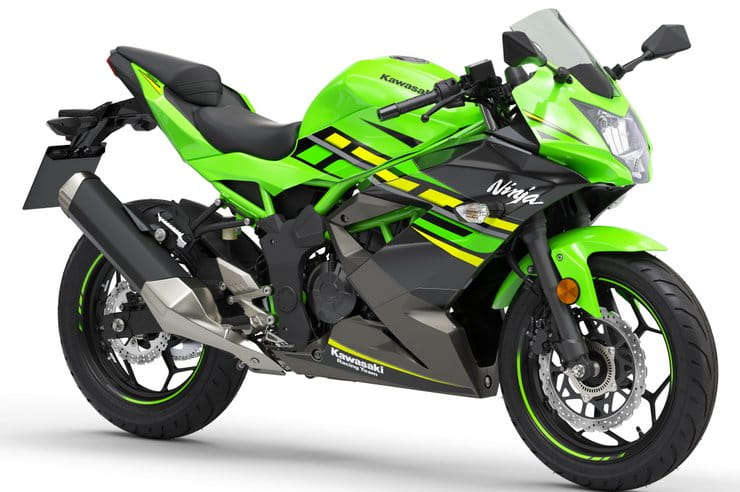 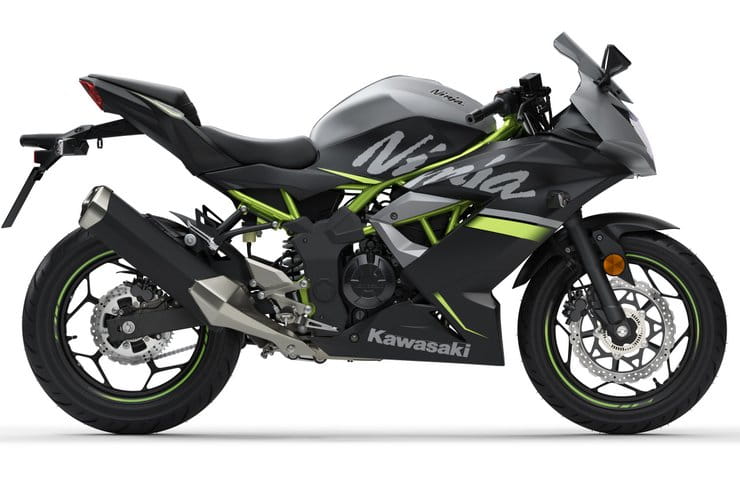 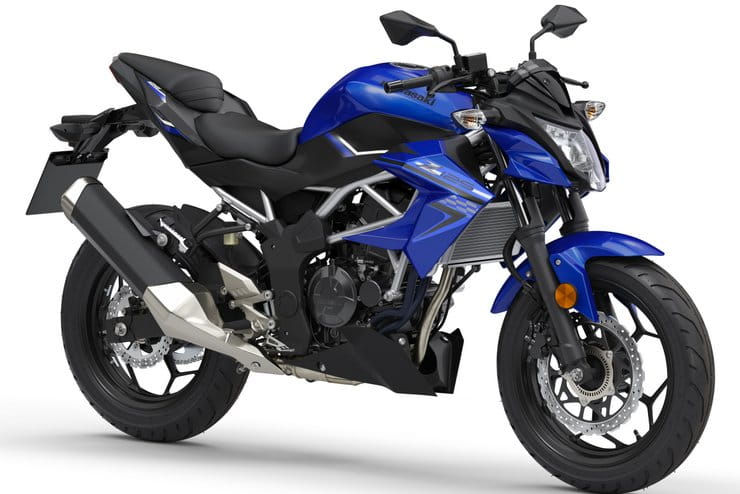 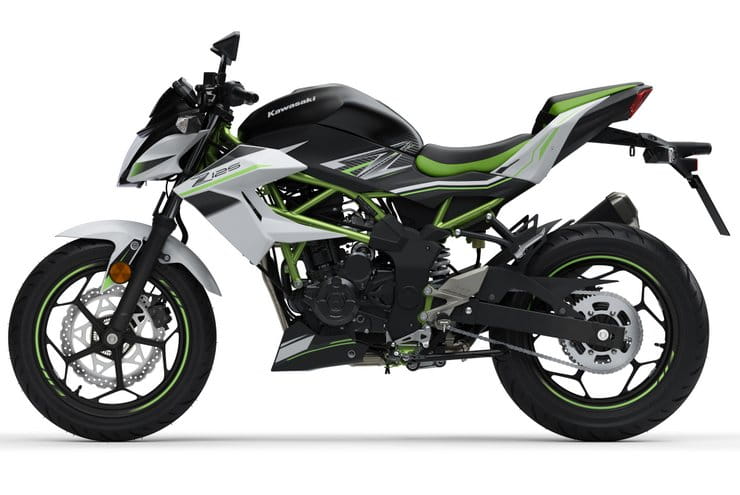 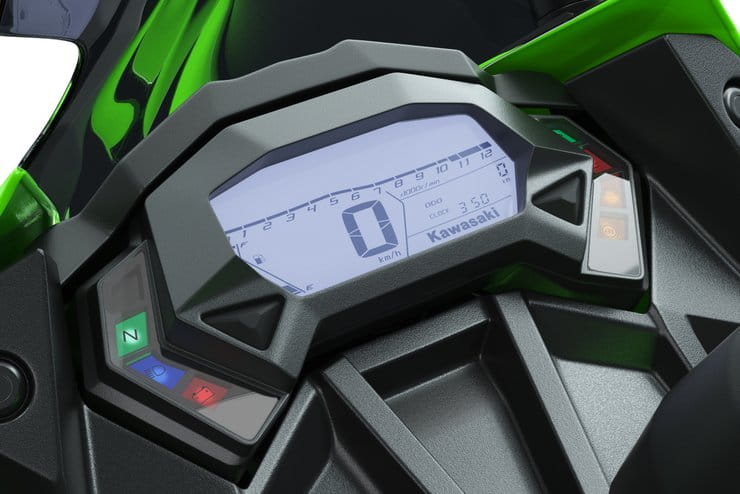 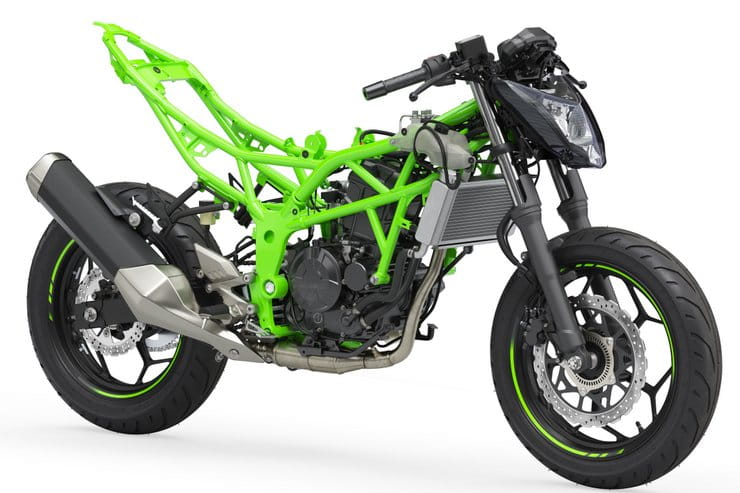 Kawasaki’s launches at Intermot this year have been restricted to first public showings of machines that it’s already revealed to the press, but they’re worth revisiting nonetheless.

The new Z125 naked bike and faired Ninja 125 sportster are a big deal for Kawasaki – marking the firm’s return to the learner-legal market for the first time in years.

It was nearly a year ago that the company announced its plans to launch these bikes, and Intermot marks their official release and the first time we’ve been given a full set of specifications.

Both bikes are heavily based on the existing single-cylinder Z250SL and Ninja 250SL models, sharing the same bodywork and steel trellis frames as those machines but using a new 125cc engine making 14.7bhp – exactly on the limit for learner-legal 125s. That power peak arrives at 10,000rpm, and like the maximum torque of 8.6lbft at 7,700rpm is par for the course in the 125cc sports bike field.

Suspension comes courtesy of simple setup of 37mm right-way-up forks and a rear monoshock, with rear preload the only available adjustment. But we’re expecting the Kawasakis to be extremely competitive when it comes to pricing, particularly when compared to some of the more high-spec 125cc offerings like Yamaha’s new-for-2019 R125. 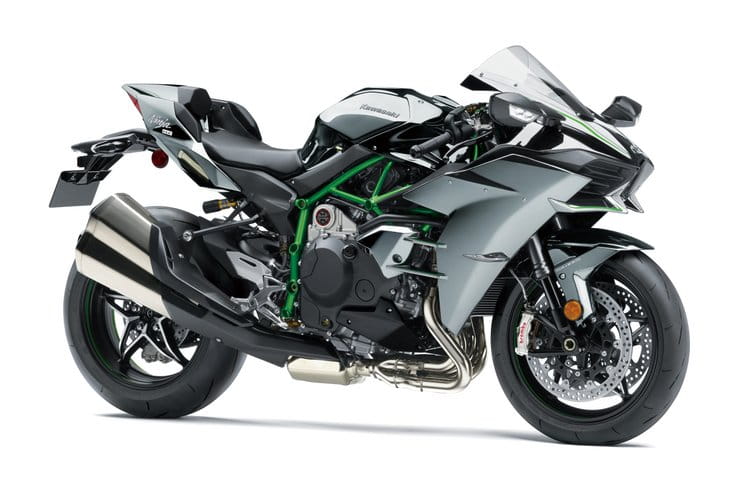 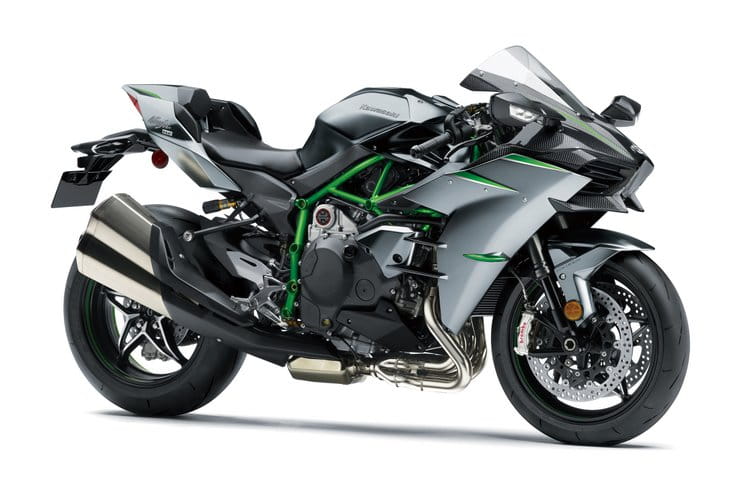 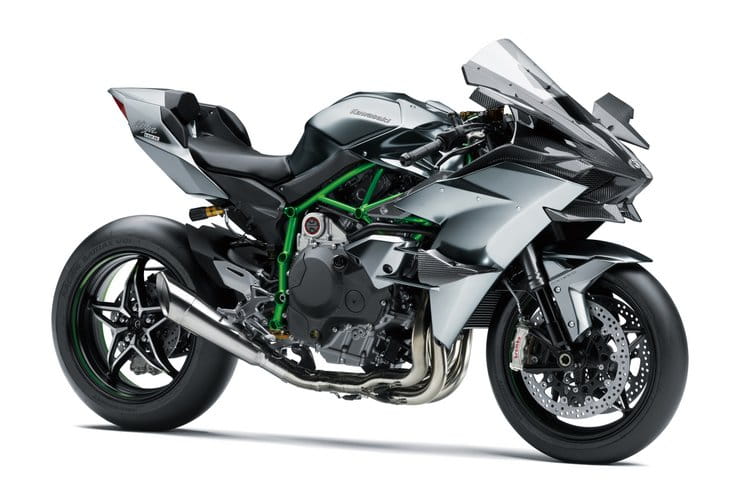 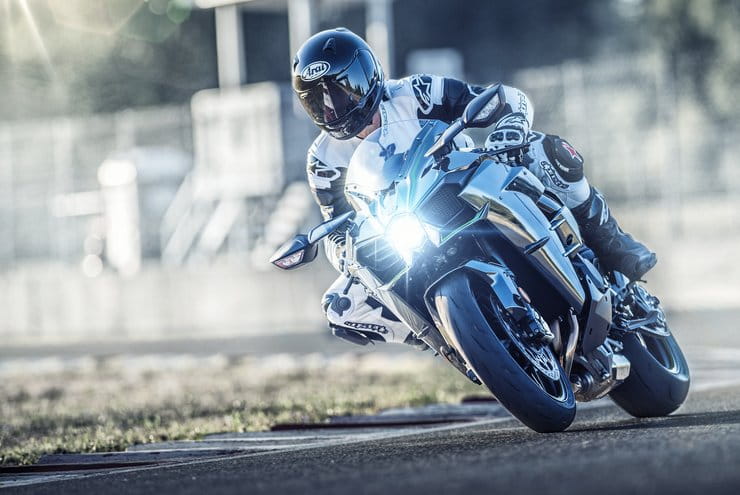 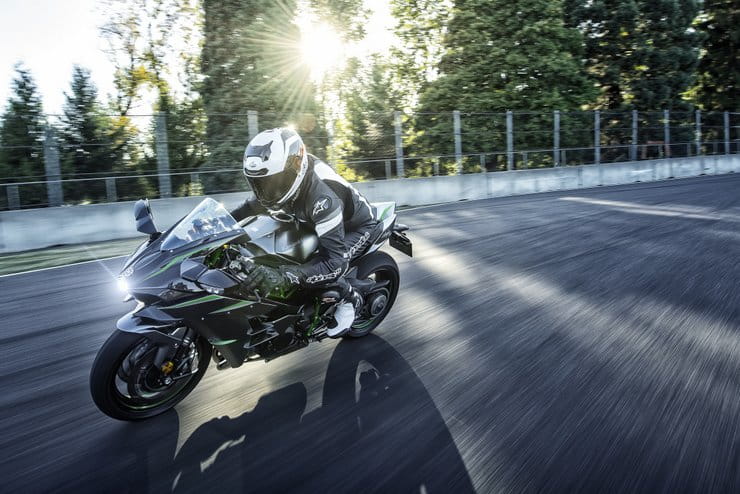 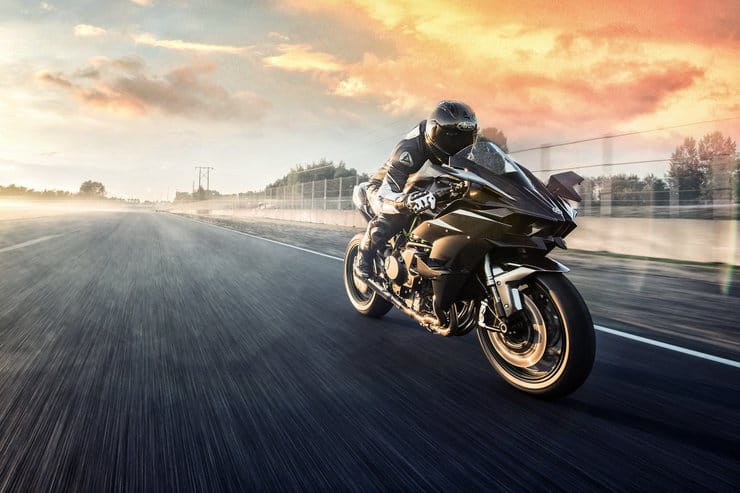 It was back in August this year that Kawasaki announced its plans to pack more power into one machine that probably didn’t need it – the supercharged Ninja H2.

Not that we’re complaining, of course. As much as anything, the problem was that for 2019 the ZX-10R’s performance has also been given a hike, raising its output to within a whisker of the old H2’s 202bhp. So to keep a respectable distance between its top superbike models, the H2 needed an additional boost, too.

Boost is the right term, too. On a normally-aspirated superbike, increasing power from 202bhp to 228bhp would demand a complete engine rework and a host of expensive new components. On the supercharged H2, a bit of engine management massaging was all it took. Seriously, the only technical changes are a new air filter, intake chamber and spark plugs.

Away from the engine, the 2019 H2 and the more expensively clothed H2 Carbon get Brembo Stylema calipers to replace the previous M50s; smaller and more compact but offering better braking response and cooling. New Bridgestone RS11 rubber and a new colour TFT instrument screen, plus the addition of an LED number plate light – replacing the only non-LED bulb on the previous H2 – complete the tech changes.

Stylistically, the bikes get a new ‘supercharged’ emblem on the engine and pinstripes on the wheels, while the paint is now a self-healing compound that can repair minor scratches on its own. 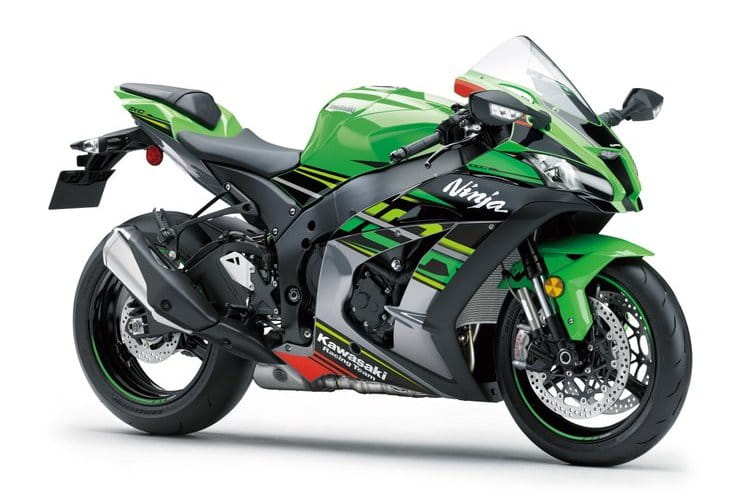 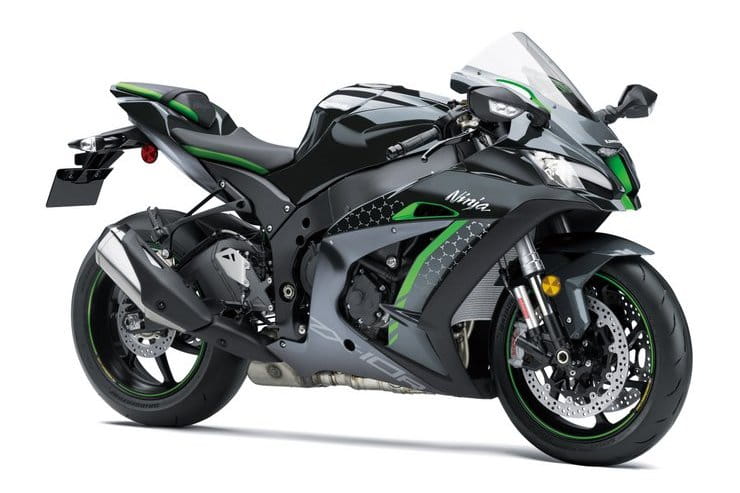 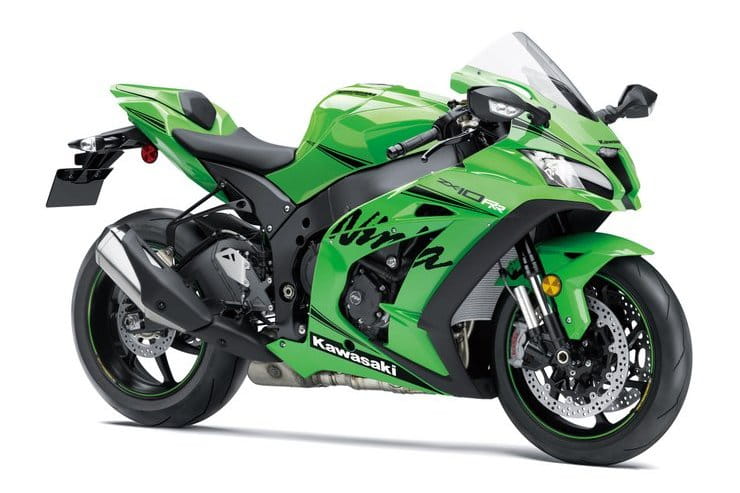 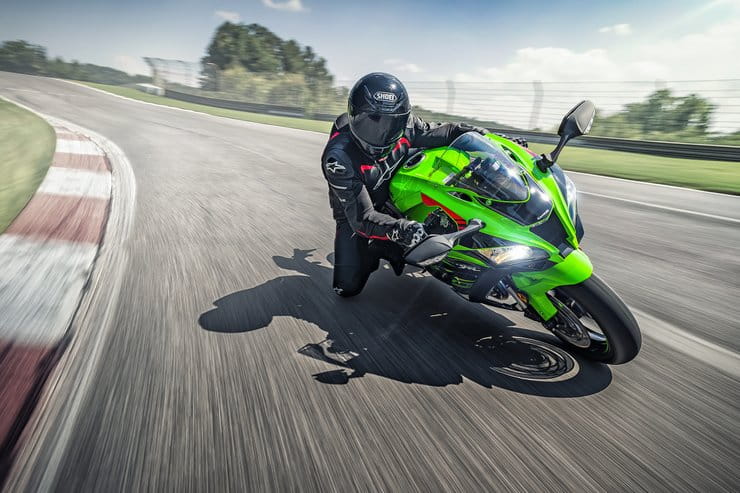 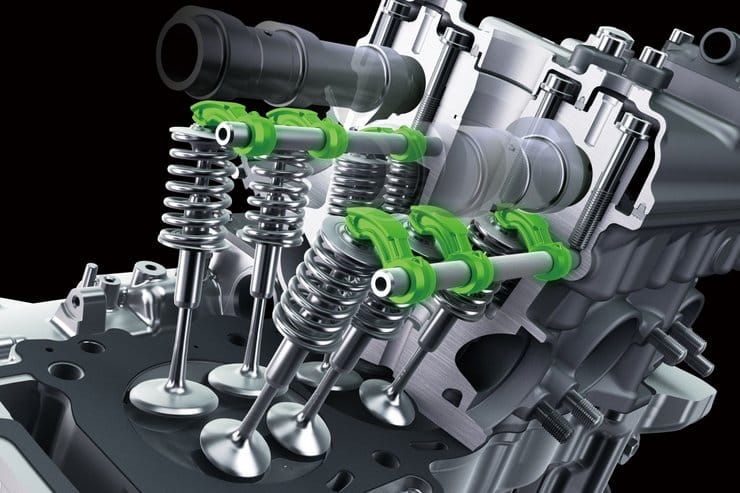 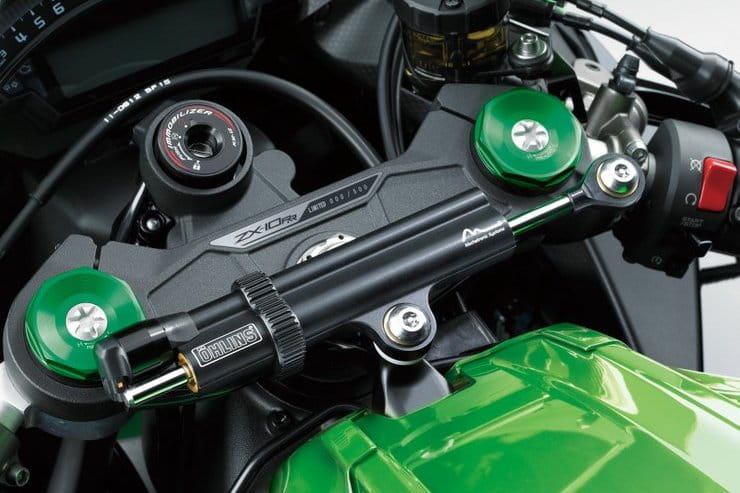 We’ve seen the updated ZX-10R and ridden the 2019 ZX-10RR already – you can find our test here – but given that Intermot was the bikes’ first public showing it’s worth recapping the updates.

Mechanically there clearly isn’t much wrong with a machine that’s been dominating WSB for the last few years, but Kawasaki has added some extra power regardless. It’s come via a redesigned cylinder head that now uses finger followers instead of tappets to actuate the valves. It’s a system that reduces valve train mass by around 20% and allows the use of more aggressive cam profiles. On the ZX-10R it gives a 3hp power boost, but in racing the benefit is likely to larger than that.

The basic ZX-10R and ZX-10R SE also both get heads that have enough clearance for high-lift racing camshafts, too – something that the homologation-special ZX-10RR already offered.

The RR gets additional changes, too. As well as the finger followers, it gains titanium con-rods from Pankl that will add significantly to its price but allow a 600rpm higher rev limit and another 1hp power gain.

Other changes to all 2019 ZX-10Rs include a standard up-and-down quickshifter and an Ohlins electronic steering damper, while the RR gains improved suspension settings and the SE – which is already distinguished by its electronic suspension – uses Kawasaki’s new self-healing paint, as featured on the Ninja H2, in 2019.