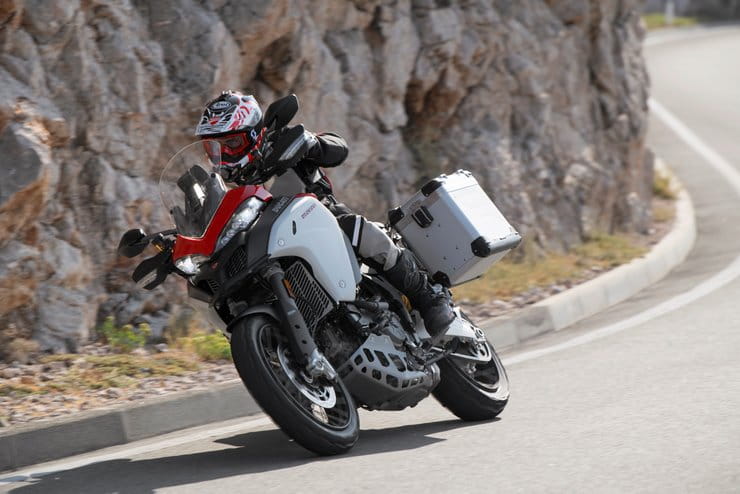 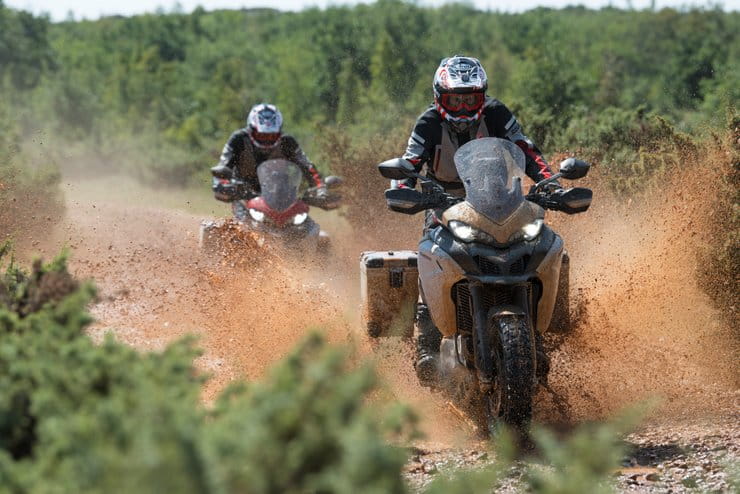 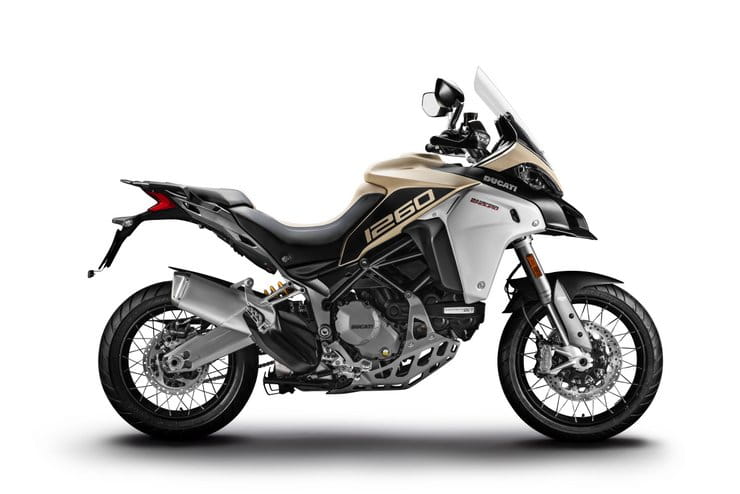 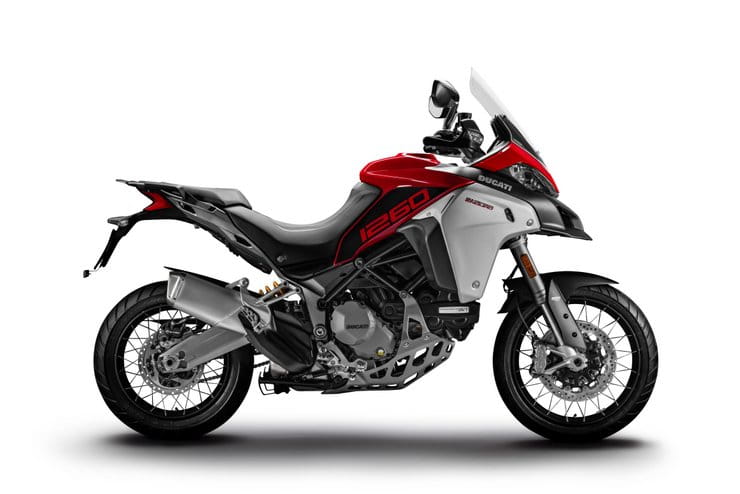 It’s only been a couple of years since Ducati added the rough-and-tumble Enduro model to the Multistrada range but with the launch of the enlarged Multistrada 1260 this year it was only a matter of time before the Enduro also got the up-sized engine.

In fact, we’ve known about this bike for a little while; regular readers might recall that we revealed key details back in September. And it turns out that our information was pretty much spot-on. As expected, the big change is the adoption of the 1262cc Testastretta DVT V-twin, giving a 64cc capacity hike over the previous 1198cc motor. Still using variable valve timing, the bigger engine ups peak power from 152hp to 158hp, but more importantly it fattens the torque curve, giving 85% of the 94.4lb-ft maximum as low as 3500rpm and providing a 17% boost in torque at 5500rpm compared to the previous Multistrada 1200 Enduro.

Ducati is even extending its three-letter obsession to the instruments; forget a dashboard, the thing in front of you is a Human Machine Interface (HMI) with a colour TFT, LCD screen that incorporates the Ducati Multimedia System (DMS) that connects your bike to your phone via Bluetooth for calls, texts and music. There’s a USB port under the seat, too.

It can’t be long now before the obsession with abbreviation evolves even further and manufacturers start filling their spec sheets with emojis instead of words. 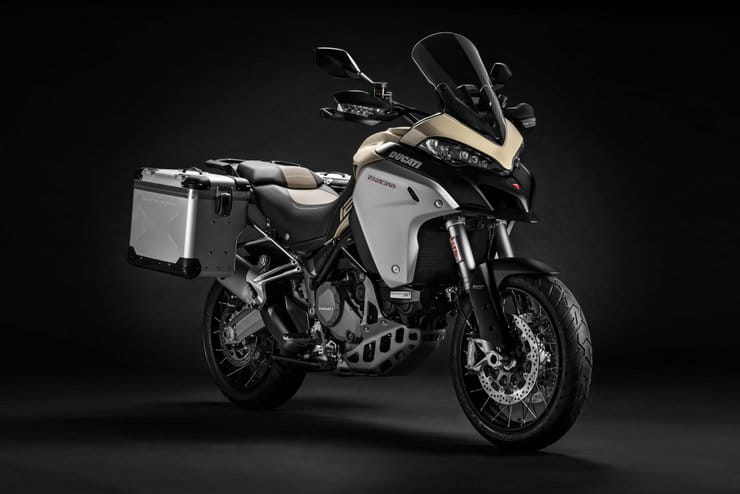 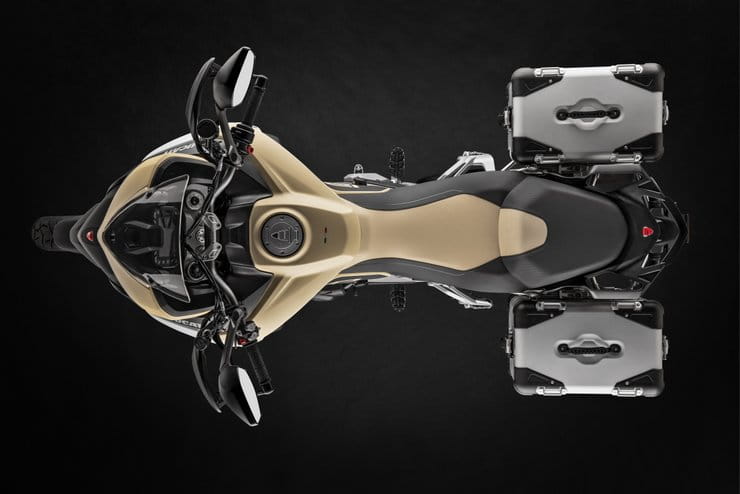 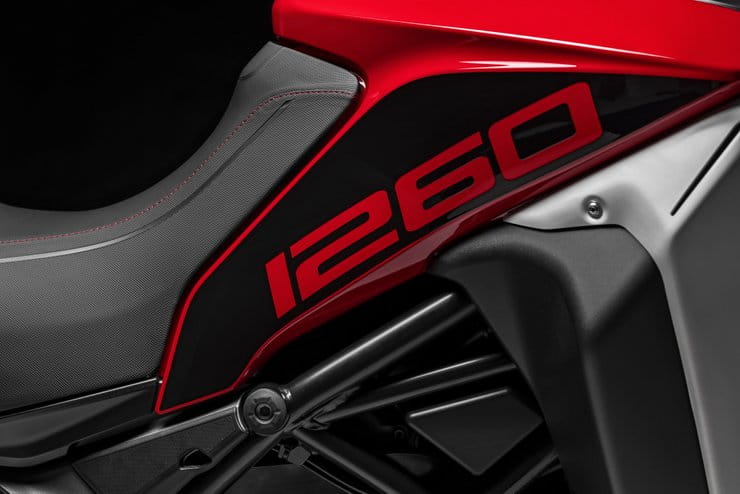 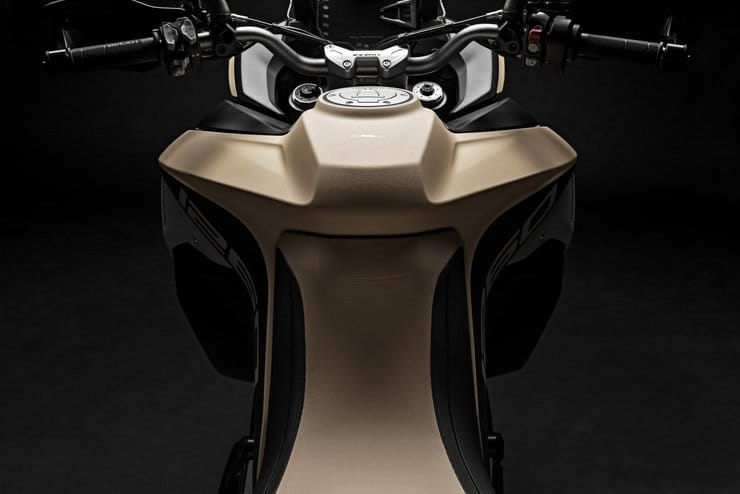 Aside from the engine, it’s not easy to spot big changes between the old Multistrada 1200 Enduro and its new 1260 Enduro descendant. But there are tweaks that you’ll struggle to spot with the naked eye.

The bars are 30mm lower, requiring a reshaped tank cover, and the seat is 10mm closer to the ground than before. What’s more, that electronic suspension is recalibrated compared to the previous model and there’s a lighter aluminium sump guard, although the bike’s overall weight remains unchanged at 254kg ready-to-ride, including a full 30-litre tank of fuel.

Most of the bodywork remains the same as before, as do the 19in front and 17in rear wheels.

As usual, there’s a host of optional extras and accessories, including luggage, plus four options packages. The ‘Touring’ pack includes heated grips and Touratech aluminium panniers. The ‘Sport’ pack adds a Termignoni exhaust and some billet parts. An ‘Urban’ package combines the Touratech panniers with a tank bag including a USB hub to power more electronics. And finally, you can add an ‘Enduro’ pack to your Enduro, with extra LED lights and more Touratech-made goodies including crash bars, a radiator guard, sprocket cover and a rear brake guard.

Ducati will show the bike to the public at the EICMA show in Milan in November, and says it will reach dealers early next year. We're riding it on the international press launch in Italy next week, so stand by for our review.