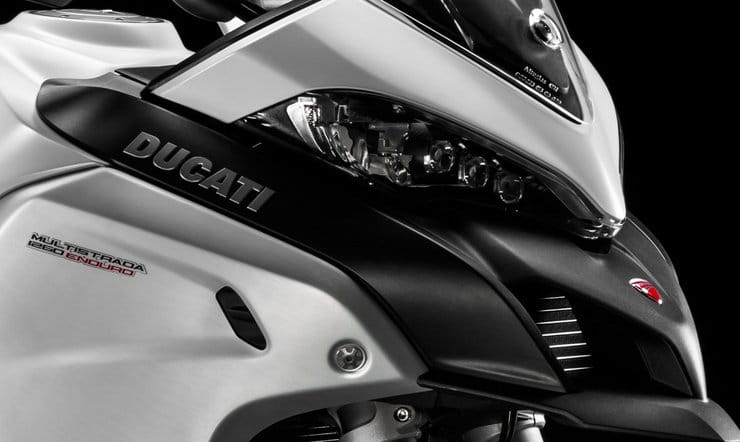 BMW’s new ShiftCam R1250GS might be the biggest news in the adventure bike sector for 2019 but Ducati is out to ensure the Bavarian bruiser doesn’t get all the attention; it’s about to whip the covers off its new Multistrada 1260 Enduro.

Deducing that Ducati will slot its 1262cc, variable-valve-timing V-twin into the Multistrada Enduro wouldn’t have Sherlock Holmes breaking a sweat. After all, the firm upgraded the road-oriented Multistrada to the larger-capacity engine as part of its 2018 updates, so if anything it was strange that the rougher, tougher Multistrada Enduro was forced to labour on with the earlier 1198cc version throughout 2018.

Not for much longer, though. This isn’t mere speculation or deduction – we’ve seen the documentary proof that a Multistrada 1260 Enduro is on its way and managed to grab a handful of key specifications, too. 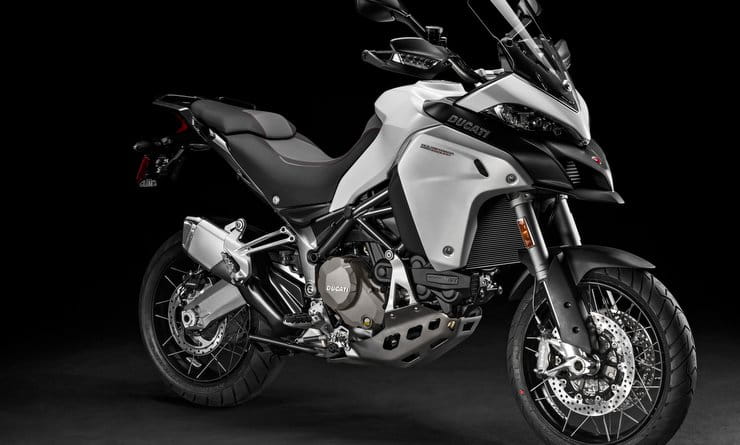 The details we’ve grabbed reveal that the engine is the biggest change to the bike. Just as the 2018 Multistrada 1260 was a subtle evolution of the previous Multistrada 1200, launched in 2015, the 2019 Multistrada 1260 Enduro will share more than a little with the existing model.

The limited spec sheet that we’ve seen shows that the 2019 Enduro gets  exactly the same 1262cc engine that’s used in the Multistrada 1260, with 158hp (116.4kW) at 9500rpm instead of the existing 1198cc twin’s 152hp (112kW). In terms of peak power, that’s not a huge increase in exchange for an additional 64cc, and the torque boost from 94lbft to 95.5lbft is smaller still but as on the road-biased Multistrada 1260 the bare numbers don’t tell the full story. Ducati’s focus in developing the 1262cc engine was on its spread of performance, with an 18% gain in torque at 5500rpm, where you’re likely to spend much more time. 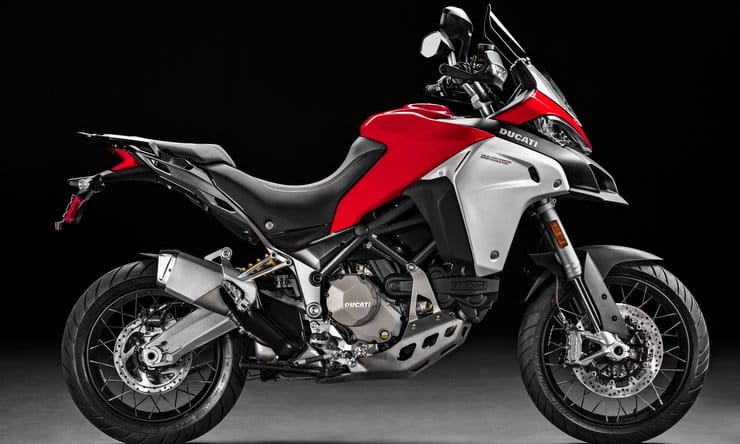 Elsewhere, the figures show that the 2019 Multistrada 1260 Enduro will have barely perceptible changes to its chassis and styling.

Its smoother-tyred sibling, the Multistrada 1260, gained subtle but significant geometry changes along with its larger engine, with a 55mm longer wheelbase and a more relaxed steering head angle. However, the figures for the Enduro version show that it’s not getting quite such extensive alterations. Its wheelbase is increased, but only by around 5mm, and its other dimensions are similarly close to those of its predecessor. We’re expecting to see a few new plastic panels when the bike is officially revealed – probably at EICMA in Milan this November – but don’t expect anything too radical.

What the limited specs that we’ve seen don’t reveal is the extent to which Ducati has played with the Multistrada Enduro’s electronics package. The firm has a reputation for cutting-edge rider aids, and even plans to add radar-assisted cruise control by 2020, so it would be surprising if there aren’t advances in terms of riding modes, traction control and ABS for next year’s 1260 Enduro.

At the moment, though, there’s no sign of a replacement for the more extensively-spec’d Multistrada Enduro Pro. Given that the Pro version is effectively a stock Enduro with a smattering of kit from the accessories catalogue, perhaps it’s simply not necessary. However, it’s also worth bearing in mind that the Pro was launched in mid-2017, more than a year after the original Enduro appeared, so perhaps we can expect a 1260 Enduro Pro a few months down the line…