Death Row | Which models are set to be axed, updated or replaced before 2019? 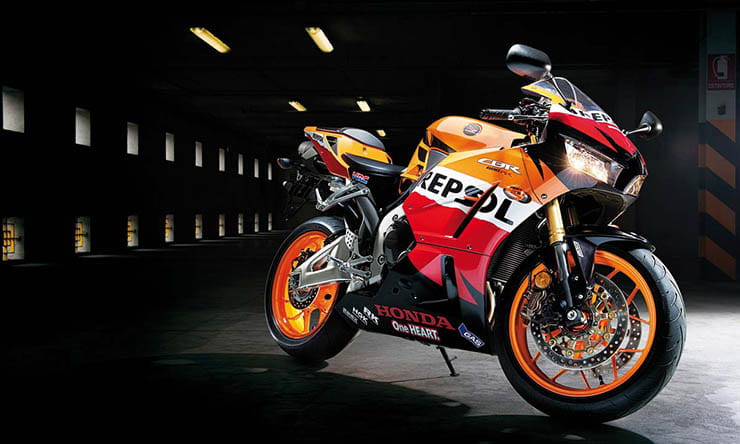 Back in December 2016 we ran down the bikes that were being discontinued with the introduction of Euro4 emissions rules on January 1st 2017 (here and here). But as we pointed out at the time, that deadline wasn’t actually quite as hard as it seemed – and as a result dealers are still offering plenty of brand new Euro3-spec machines even today.

That’s because Europe built a loophole into the new rules that applied from 1st January 2017; manufacturers could apply for dispensation to continue selling non-compliant machines under ‘end-of-series’ rules – sometimes referred to as ‘derogation’. This system meant that some older designs could get a two-year extension on their type-approval, so they could remain on sale until the end of 2018.

That seemed a long way off at the time. But now with only months to go before that final cut-off date, let’s see what’s set to be axed, updated or replaced by the time 2019 starts. 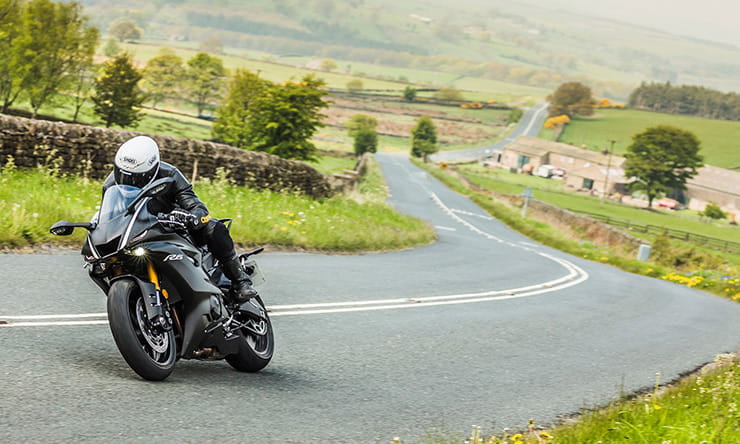 No segment of the market has been hit so hard by the advent of the ‘Euro4’ emissions limits as 600s.

Their high-revving, high-power engines are particularly hard to squeeze through the limits, and thanks to a general lack of development over the last few years, sales have been in steep decline. That means it’s hard to persuade top management to invest in the changes needed to achieve the required emissions performance.

While Yamaha has taken the leap and done just that with the R6, it’s currently in a field of one as the only four-cylinder 600cc supersports machine to meet Euro4. The fact that the updated bike is less powerful than its predecessor and carries an eye-watering £11,299 price tag goes a long way towards explaining why others haven’t followed suit.

Elsewhere in the supersports market, there’s nothing Euro4-legal to choose. Honda ditched the CBR600RR last year and Triumph has quietly let the Daytona 675 slip from its model range for 2018. That leaves the Suzuki GSX-R600 and Kawasaki ZX-6R. Both are old machines, far from being Euro4-legal.

Will Suzuki or Kawasaki create updated versions in time for the start of 2019? There’s little sign of it at the moment. When Honda’s contract to supply Moto2 reached its end, none of the other Japanese firms showed an interest in replacing it, suggesting they might not have plans to be making 600cc fours for much longer.

Registration figures in the UK show why. In the first three quarters of 2017 – the latest detailed break-down available – just 91 ZX-6Rs and 78 GSX-R600s hit the road. For a nation that traditionally loves sports bikes, that’s pretty dire.

In comparison, Yamaha sold 202 R6s in the same period – despite the new model not being available in the first quarter – and Honda shifted 234 CBR600RRs as dealers cleared their stocks.

Will the class get a revival? At the moment, one possible ray of light could be Triumph, should it opt to drop its new, Euro4-legal 765cc engine into a revamped Daytona. Given the closeness of the Daytona to the Street Triple, it wouldn’t be a tough job, and the fact it’s replacing Honda as the Moto2 engine supplier shows there’s still an interest in promoting its sporting credentials. Read more about the firm’s options here. 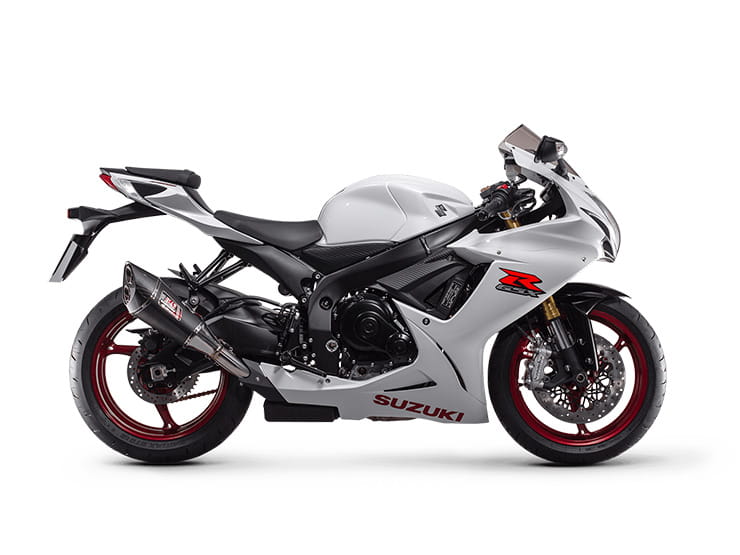 While manufacturers are jumping from the 600cc supersports ship there’s no signs that the larger superbike market is being abandoned. There’s very little available now that’s being sold under the end-of-series rules, so don’t expect much to change come 2019.

One bike that is using derogation is MV Agusta’s F4. The firm has already confirmed that it’s planning to debut a new four-cylinder engine this year, and although there’s no word yet on whether it will be used in an F4 superbike replacement or only in a new Brutale, it seems inconceivable that MV won’t keep a superbike in its line-up.

And what of the Suzuki GSX-R750? The last man standing in the once-dominant 750cc ‘superbike’ class, it’s closely related to the non-Euro4 GSX-R600. But unlike its smaller sibling, the aging GSX-R750 still manages to sell in half-decent numbers. In the first ¾ of 2017 it managed 161 registrations in the UK; not bad for something that’s lagging so far behind the current state-of-the-art in terms of electrickery. Suzuki is also painfully aware of the sheer strength of the GSX-R750 name; it was the first ‘modern’ superbike back in 1985 and has an unbroken production record since then. Its fractionally larger capacity and lower peak revs also means that cheaply modifying the engine to meet Euro4 won’t be quite as hard as on the 600cc version. It will still need ABS and other changes to meet the latest European regulations, but we’re not expecting to say goodbye to the GSX-R750 any time soon. 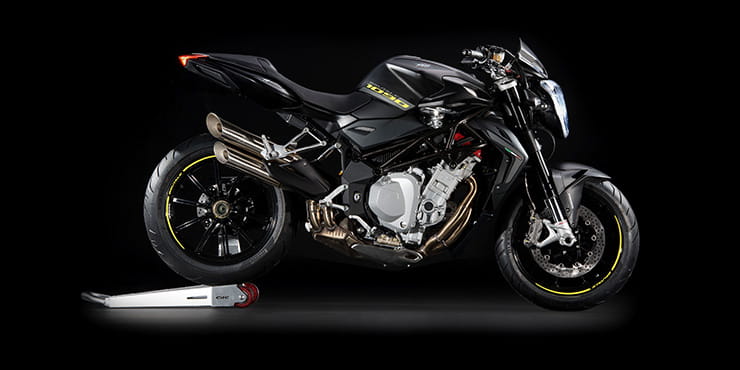 Naked sports bikes have seen a revival in recent years, and that means there aren’t many out there that don’t meet the latest emissions rules.

There are some, though, particularly in Kawasaki’s range. The Z250SL single, Z300 twin and the Z800 four are all still on sale despite not meeting Euro4.

Of those machines, the Z800 is surely destined to disappear. It’s already been effectively replaced by the Z900, so there’s no real gap left in Kawasaki’s range if it goes. The twin-cylinder Z300 is also an easy one to address; Kawasaki has introduced the fully-faired Ninja 400 for 2018, so it’s a no-brainer to create a naked bike on the same underpinnings. Expect a Z400 to emerge at bike shows before the end of the year.

As for the Z250SL, it’s not so clear. Kawasaki has already announced that it will launch a new Z125 single-cylinder sports bike for 2019, though.

Another key naked model that doesn’t meet Euro4 and must die by the end of 2018 is the MV Agusta Brutale four-cylinder. However, a replacement has already been promised before the end of the year. Don’t be surprised if MV makes other versions, too, like an four-cylinder Dragster RR. 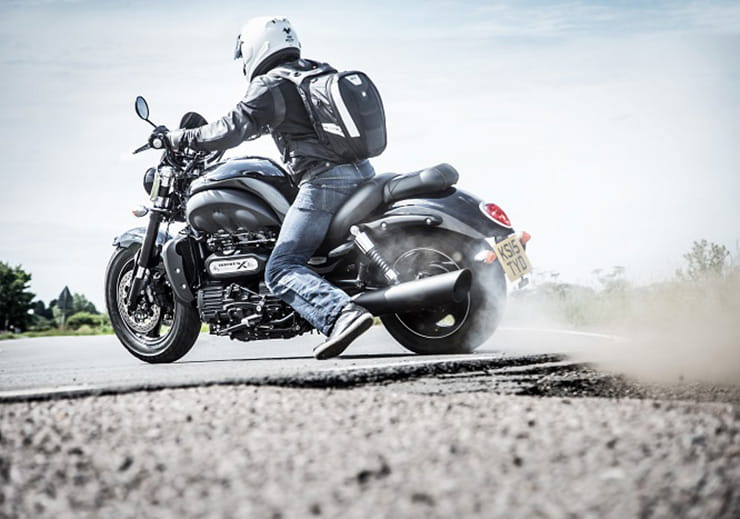 The advent of Euro4 has already been used as reason for most of the Japanese manufacturers to effectively desert the traditional cruiser market. Instead they’re offering slightly different takes on the idea, like Kawasaki’s Vulcan S or Yamaha’s XV950R.

American firms – Harley and Indian – have already made their cruiser ranges Euro4-legal, as have the likes of Moto Guzzi.

That leaves just a couple of outliers that don’t meet the latest regs. Both are oddballs, and as such their futures seem unclear at the moment. One is Honda’s F6C. Based on the old Gold Wing, it’s unlikely to remain available as it is, thanks to the debut of the all-new 2018 Gold Wing. However, there might not be enough impetus for Honda to create a replacement for it based on the new Wing just yet.

The other is Triumph’s mammoth Rocket III. It’s still lined up in the firm’s range, and given its low-revving nature might not be hard to make Euro4-legal. But whether Triumph sees value in making the changes remains to be seen. 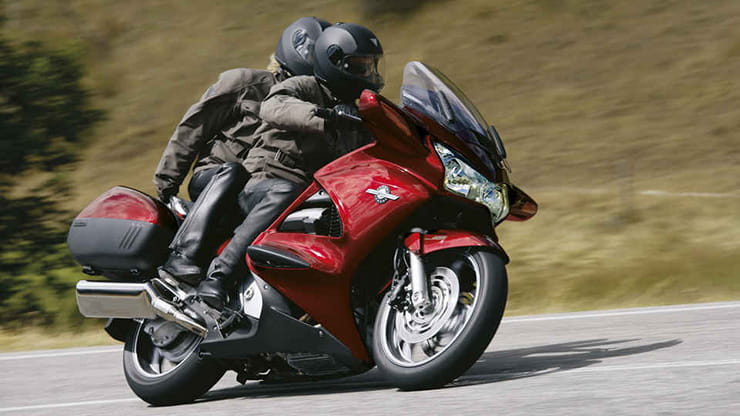 We’ve already seen several touring machines take a dive under Euro4, most recently Triumph’s Sprint GT which has been dropped from the line-up this year. However, there are still others that are being sold under derogation rules and must be axed or revamped for 2019.

One is the age-old Honda ST1300 Pan European, which incredibly remains on Honda’s website as a current model. However, the bike shown there is actually the 2011-spec model, and it’s sure to be ditched by the end of 2018. Sales are tiny. A planned VFR1200-based replacement model was cancelled some years ago, and even the VFR1200F itself – a much newer design than the ST1300 - has disappeared thanks to Euro4.

Another is Kawasaki’s 1400GTR. Unlike the Pan, it’s a relatively modern machine and should pose little problem in upgrading to Euro4 spec for next year. The ZZR1400, which shares similar engine architecture, is already Euro4-legal.

And then there’s the ZZR1400’s main rival, Suzuki’s Hayabusa. The current model isn’t Euro4-legal, but a new machine is on the card for 2019, as we’ve spoken about here. 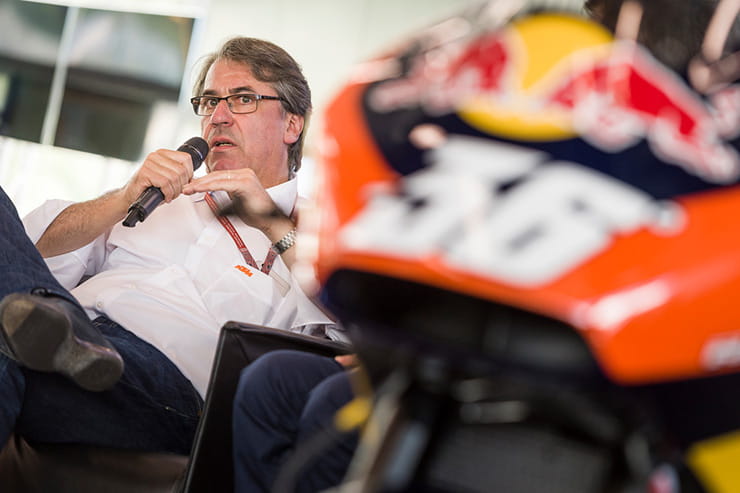 With all these changes for 2019 as the last of the Euro3-legal models are finally driven from sale, you might have thought bike firms would be due a break. But no, Euro5 is just around the corner and it’s got them worried already.

The plan, at the moment, is for Euro5 emissions standard to be introduced in 2020 for all-new machines and 2021 for carry-over models. However, that’s not set in stone and the European bike industry is crying out for clarification on the exact standards, methods of testing and deadlines.

Speaking earlier this year, Stefan Pierer – boss of KTM and Husqvarna as well as president of ACEM, the European motorcycle manufacturers’ association – said: “Our industry is committed to sustainability, which we understand as a complex process related to environmental performance of vehicles, road safety and economic viability of our operations.

“Since 1999, our sector moved from the Euro 0 to the Euro 4 standard. Carbon monoxide emissions were reduced by 91%. Nitrogen oxide and carbon emissions considered together went down by 92%. Even more, this reduction in limit values took place at the same time that new and more stringent testing procedures were introduced in European legislation.

“In the coming months, we will start working on the implementation of the future Euro 5 environmental standard. However, manufacturing vehicles requires complex planning and we urgently need clarity from the European Commission regarding the technical content and implementation timeline of Euro 5.”