Rest in peace: BikeSocial takes a look at the bikes we're losing in 2017 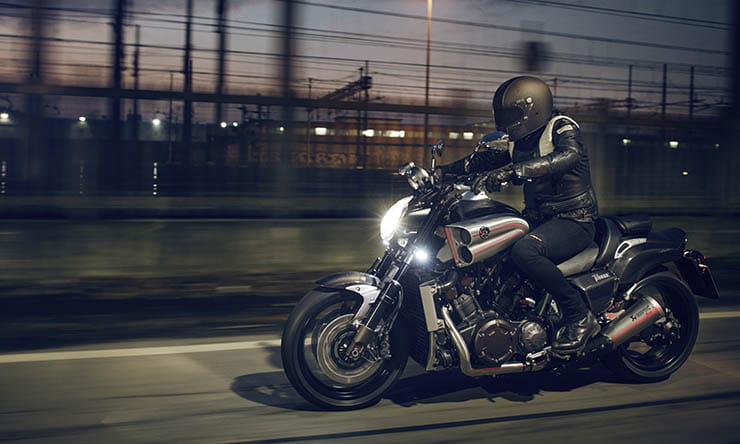 Following on from yesterday’s article detailing the bikes being lost from Honda, Suzuki and Triumph’s ranges in 2017, today BikeSocial looks at how fashion and the introduction of Euro4 emissions regulations will affect the bikes being sold in your local BMW, Ducati, Kawasaki and Yamaha dealerships, which includes the iconic VMAX (pictured above) and the best selling YBR125 learner bike.

Once again, we’re only focussing on bikes that are being dropped out of the range without a direct replacement (so Kawasaki’s ER-6n is not listed, for example, as the new Z650 replaces it) and we’ve also included which Euro3 models have exemption under ‘derogation’ rules. You might be surprised at some of the models that we’re losing…

Is it a surprise to see Yamaha’s 1700cc, 200bhp lunatic cruiser dropped for 2017? No. Not in the slightest. But it still brings a tear to the eye to hear that a bike with such a legendary name won’t be available in the UK anymore.

Rarely has a bike’s publicity so massively overwhelmed its actual sales figures. In the run-up to the VMAX’s 2008 launch the firm brought out sculptures and teasers to tempt us, and there’s no denying the final machine is impressive. But it’s also heavy enough to blunt the hugely powerful engine’s performance and the VMAX initially carried a hefty price tag.

Yamaha revamped the XJR1300 in 2015, giving it a retro look that should be right on-message with current trends. And with a bargain price (how many 1300cc, four-cylinder bikes can you buy for £8599?) it deserved to do well.

Sales haven’t actually been dismal, with 141 registered in the UK in the first three-quarters of 2016 to put it on course for its best year in ages, but the challenge of getting a large, air-cooled four-cylinder engine through Euro4 emissions testing was always going to be a tough one.

Yes, Honda’s CB1100 is an air-cooled four that manages Euro4 standards, but it’s a new design that was created with an eye to tough emissions testing from the start. The Yamaha’s engine has its design roots somewhere in the Jurassic period.

It’s also one of the few remaining big bikes that still lacks ABS, and that rules the XJR out for 2017 when anti-lock becomes standard on everything bigger than 125cc.

Given that Yamaha has such a focus on its ‘Sport Heritage’ range, with the new XSR700 and 900 models as well as the XV and SCR950, the XJR is a loss. Maybe we’ll see something filling the void it leaves in years to come. How about an MT-10-based XSR1000, eh Yamaha?

The café-racer version of the XV950 cruiser was always something of a stretch and with internal rivals like the XSR900 and XSR700, not to mention the new SCR950 and the normal XV950, something had to give. The drop-barred Racer – which only appeared in late 2015 – is the bowing out. Total UK registrations from its introduction to the end of September 2016 are only 44, so perhaps it won’t be missed by many.

The MT-09 Street Rally was only ever really a kit of parts bolted to a stock MT-09. And with the base bike being upgraded for 2017, some of those parts won’t bolt straight on anymore. So it’s got the bullet.

Several Yamaha 125s have been dropped for 2016, but the YBR125 (pictured) is the main one. It’s a strong seller, shifting more than 1400 units (including the YBR125 Custom) in 2015 and over 1000 in the first three quarters of 2016. But it’s an basic, old-fashioned thing that would take big investment to make fit the latest Euro regulations. The more expensive MT-125 will have to take up the slack, but who knows what Yamaha might have in its future to replace the YBR?

Another fairly strong seller, the WR’s death comes as a surprise. Its engine is shared with the continuing MT125, so emissions limits should be within its reach, and the road-oriented X version is already available with ABS, so trouble meeting the new Euro rules may not be the reason it’s going. With consistent sales of around 600 per year in the UK since its introduction in 2009 it should make financial sense to keep it going. Perhaps Yamaha has ideas to bring in a replacement at some stage in the not-too-distant future? 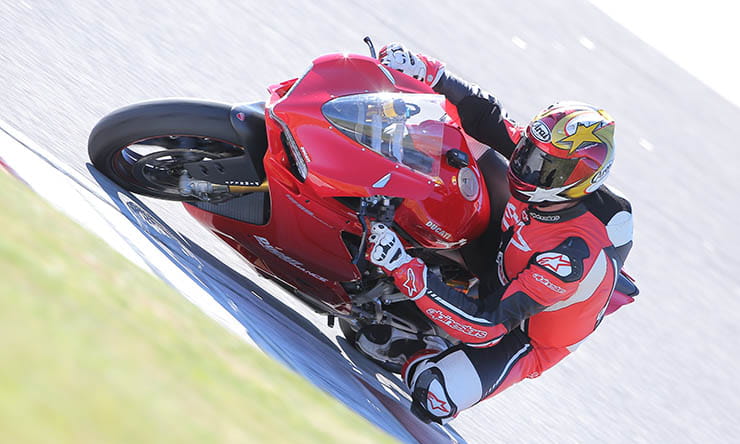 There's less mourning in the Ducati camp, where the only casualties are the Urban Enduro and Flat Track Pro versions of the Scrambler sub-family. Both are dropped for 2017 although to be fair, the new-for-2017 Scrambler Café Racer and Desert Sled models, while not direct replacements, will more than fill the boots of the outgoing models.

The only models to be affected by Euro4 are the 1299 Panigale (pictured) and Panigale R. Of course Ducati isn’t discontinuing its flagship superbike, but it’s worth noting that it is alone in the firm’s 2017 range in not conforming to Euro4 emissions rules.

As with many other bikes from rival manufacturers, it’s got a stay of execution thanks to ‘derogation’ rules. Because Ducati has been so thorough in updating the rest of its range to Euro4, it’s got a fairly large leftover quota for Euro3 derogation (up to 10% of the total number of Euro3 bikes sold over the last two years). So it shouldn’t be hamstrung when it comes to the number of 1299 Panigales and Panigale Rs it can sell in 2017.

However, it does beg the question whether the 1299 will be updated for 2018 with big exhausts – like the Euro4-legal 959 Panigale. Out bet is that Ducati has a more radical revamp in the works… 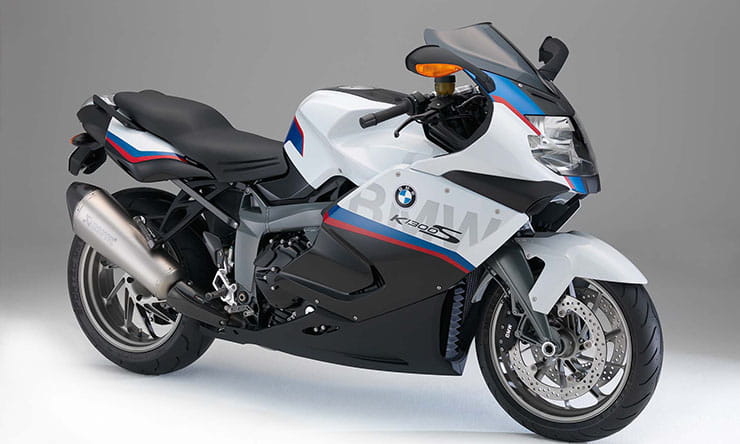 There are only a few omissions in the Bavarians' range with the demise of the K-series models and the single cylinder G650 GS. A host of new models will mean that the BMW range is still likely to be expanding in 2017 though...

First appearing in 1200cc form back in 2004, the current K1300S sports tourer (pictured) was the result of wide-ranging changes made in 2009. It might not be one of the models that’s basked in the limelight recently but it represented a huge technological step forward for BMW and remained on the cutting edge of the firm’s tech throughout its life. As well as debuting the Hossack-style Duolever front suspension set-up, the K later was among the pioneers of BMW’s electronic suspension adjustment systems. With 175bhp, it’s still fast even today. Sales have dropped from over 500 in the UK in 2009 to under 200 per year, but it’s clear that some demand has remained. It will be missed.

The naked spin-off of K1200S/K1300S never achieved anything like the same success as its faired sibling. Big, heavy and gawky-looking, the bike’s slow sales are probably a reason why the much sexier Concept 6 show bike, based on the K1600 six-cylinder engine, never got close to production. Although officially in the BMW 2016 range, the registration figures show that it was effectively killed very early in the year, with only five hitting the road in the UK in 2016 compared to 43 in 2015. Even at their peak, UK annual sales rarely hit triple figures for the R, though.

The G650 GS might have risen from the grave once before, but this time it looks like it’s gone for good. Euro4 emissions rules and overwhelming competition from with BMW’s own range in the form of the F700 GS and F800 GS, as well as the upcoming G 310 models,  have finally proved too much for the old-timer.

Kawasaki says that none of its existing models have been ‘dropped’ from the range for 2017, although there are plenty that don’t meet Euro4 standards and as such are living on borrowed time and being sold under derogation rules.

Some, like the W800, are clearly on their way out. The very existence of a ‘W800 Final Edition’ model (pictured) doesn’t make that a big leap of logic. Others, like the ZX-6R, Ninja 300 and many of the firm’s older cruiser models haven’t been updated to Euro4 spec. Whether they’ll be updated, replaced or dropped when Kawasaki’s derogation allowance is used up remains an unknown.

Kawasaki isn’t expecting specific problems with stock levels on its derogated bikes in 2017, but if you’ve been waiting to buy one of these models, there are no guarantees of their continued availability so it might be worth getting one sooner rather than later.

Derogation allows Euro3 bikes that are in stock to remain on sale for up to two years, but during that time their sales can’t amount to more than 10% of the sales during the previous two years, or 100 bikes, whichever number is higher. So while Kawasaki’s derogation list is long, the models won’t amount to a large proportion of the firm’s overall sales.

Part one of this feature, highlighting the bikes being dropped from Honda, Suzuki and Triumph's ranges can be found here.
Recommended Articles