The public debut of Triumph’s brand new Moto2 machine, a host of TT stars including John McGuinness aboard the Norton SG7, GP500 icons including ‘Fast’ Freddie Spencer and Randy Mamola, plus a variety of other biking heroes from WSB, American Flat Track and more, are among the motorcycling highlights at this weekend’s Goodwood Festival of Speed.

This year’s extravaganza is even more special than usual at the event is celebrating its 25th anniversary. The action begins on Thursday July 12, runs through to Sunday July 15 and features the usual amazing array of motorsport displays and exhibits, the highlight of which will be the stellar line-up of motorsport and motorcycling cars, bikes, drivers and riders who do runs up Goodwood’s famous hill during the course of the weekend.

BikeSocial’s very own Michael Mann will again be taking part and riding not only the Triumph Moto2 machine on the Friday morning, but also an ex-works Triumph Trident raced by Ray Pickrell and Mike Hailwood as well as a BMW HP4 RACE and other BMWs on the Saturday, so make sure you give him a cheer.

And if you fancy something a little leftfield, Italian electric motorcycle manufacturer Volt will be making its first appearance in the UK at the Festival of Speed, too, to showcase its innovative new ‘Lacama’ machine.

At the time of writing, tickets are still available for all four days and even if you can’t make it BikeSocial will be bringing you regular updates of all the action online, through our usual social media channels.

In addition there will once again be livestream coverage throughout the weekend via Goodwood’s own YouTube channel. Until then, here’s our pick of the motorcycling stars (and star bikes) taking part this year – and there’s more than ever! 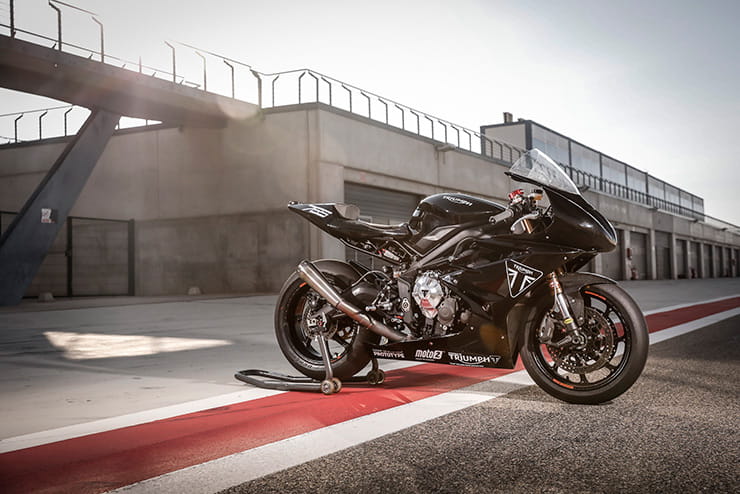 One of the stars of this year’s FoS is sure to be the public debut of Triumph’s eagerly awaited Moto2 prototype and not only that it’s being ridden by four times world superbike champion Carl Fogarty! Foggy will be sharing the riding duties with two times TT winner Gary Johnson (plus BikeSocial’s Michael Mann) and the pair will also be seen aboard a pair of classic racing Triumphs, including the 1970 Bol d’Or-winning works triple and a 1971 ex-Mike Hailwood/Ray Pickrell works 750 Trident. 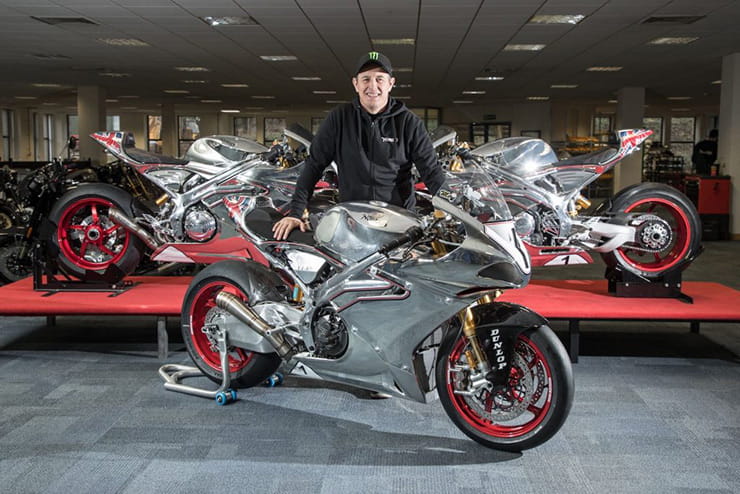 TT legend John McGuinness sadly had to sit out this year’s event due to injury, although he did complete a parade lap aboard his new Norton SG7. But if you missed that the great man will also be riding the Norton at the FoS. He’s not the only TT star at Goodwood this year, either. Ian Hutchinson will be riding up the hill on his factory Honda, along with Conor Cummins on his Padgetts machine and Kawasaki ZX-10RR-mounted James Hillier. 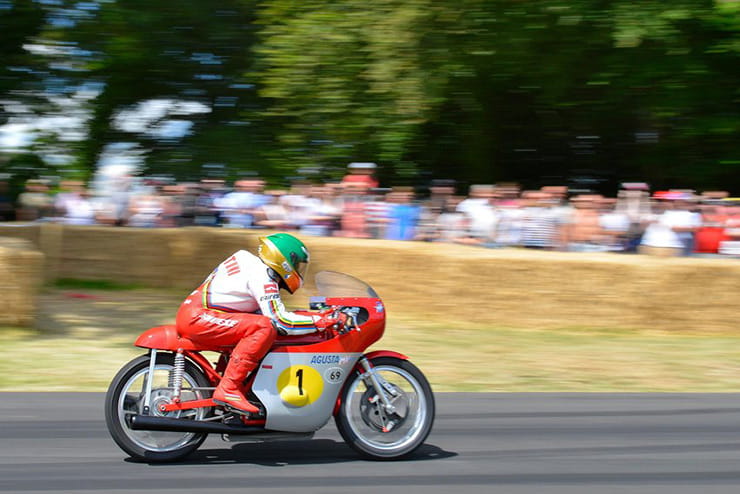 Giacomo Agostini and Sammy Miller
Want motorcycle racing legends? Goodwood has certainly got them and they don’t get much bigger than 15-times world champion Giacomo Agostini and Sammy Miller. The Italian will once again be riding one of his works MVs up Goodwood’s famous hill while road and trails legend Miller will be demonstrating an historic Husqvarna 500 V-twin, among others.

Two wheels not enough for you? The biggest names in sidecar racing right now are surely brothers Ben and Tom Birchill who are not only the reigning sidecar world champions but also won both races at this year’s TT setting a new lap record in the process. They’ll be riding up the hill on their latest LCR. And joining them on three wheels, as opposed to her more familiar three, will be Maria Costello on an LCR F2 outfit. 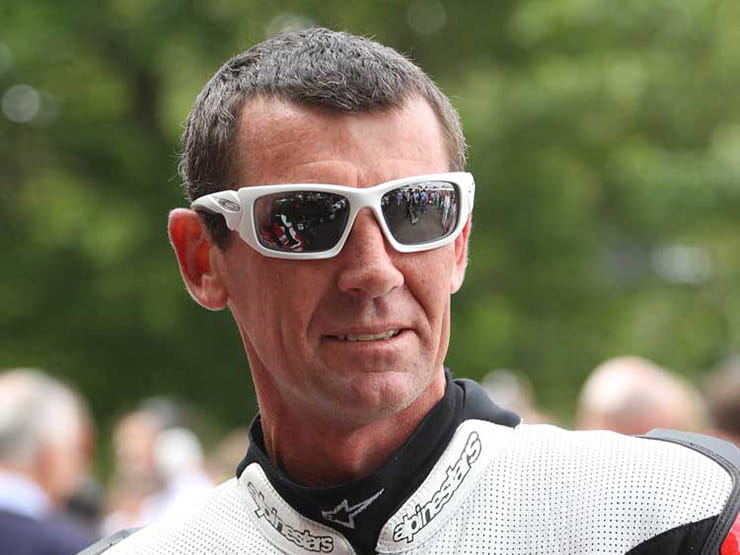 Back to two wheels and this year Goodwood’s hill feature two more (along with Foggy) of the greats from WSB’s golden era – two times world champion Troy Corser, who’s a regular at the FoS and will this year be riding a BMW S1000R, plus fan favourite Noriyuko ‘Nori’ Haga, who’ll be riding a Yamaha YZF-R1. 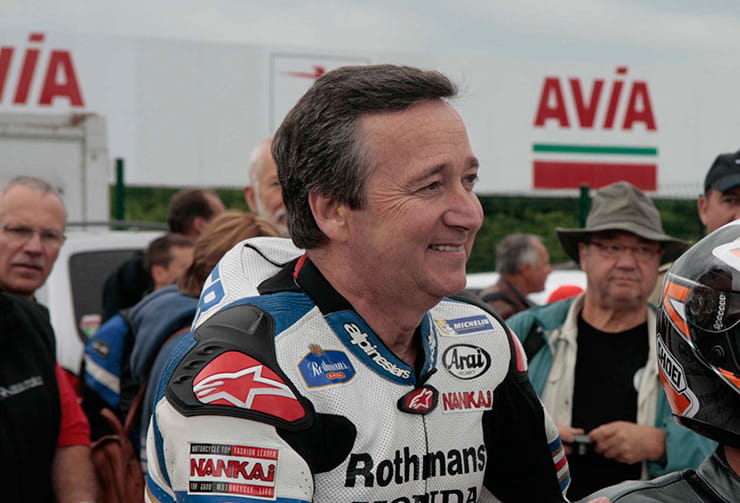 If your favoured racing era is the 500cc GP two-stroke of the early ‘80s, Goodwood has this covered, too as riding up the hill in 2018 will not only be two-time world champ ‘Fast’ Freddie Spencer (aboard a Honda RS500 triple) but also Randy Mamola (on a Ducati Desmosedici) and Brit favourite Steve ‘Stavros’ Parrish (on a Suzuki RGV500). 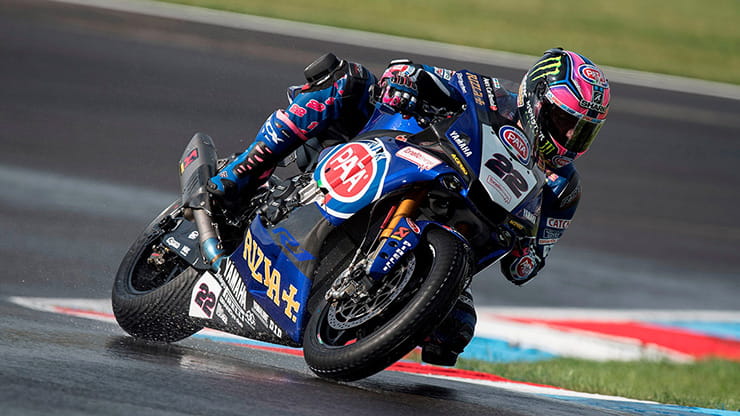 Bringing things right back up to date will be Yamaha’s current World Superbike teamsters, Michael Van der Mark along with Britain’s own Alex Lowes, both of whom will be tacking the Goodwood hill aboard their works YZF-R1Ms. Another WSB R1-mounted star will be current BSB runner, Australian Josh Brookes. 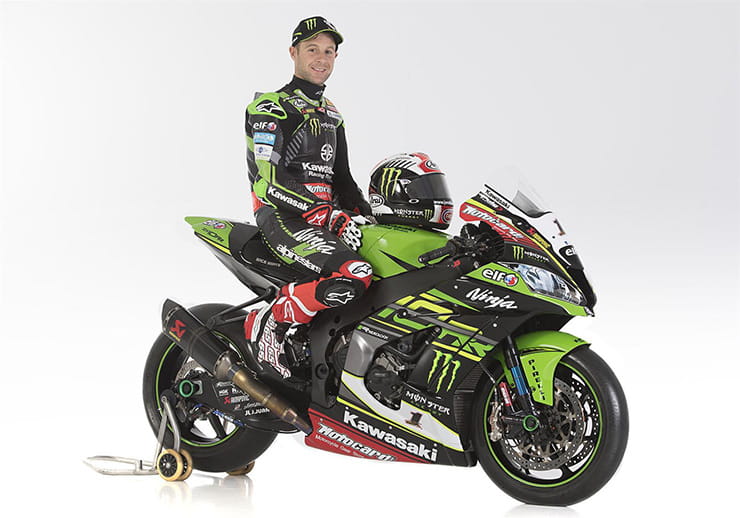 But if we’re talking WSB stars, they certainly don’t come any bigger than current reigning and three-time champion, Jonathan Rea. The Ulsterman, who was also an impressive runner-up in last year’s BBC Sports Personality of the Year award, will also be riding the Goodwood hill on his race-spec Kawasaki ZX-10RR.

The stars of US Flat Track

And finally, a couple of left-field biking stars will also be grabbing the Goodwood attention. Current AMA Flat Track champion, Jared Mees, will be making his Goodwood debut on his astonishing Indian FTR750 alongside India teammate Brad Baker and the duo will be heading up a whole host of American flat track stars at Goodwood, including top female racer Shayne Texter. 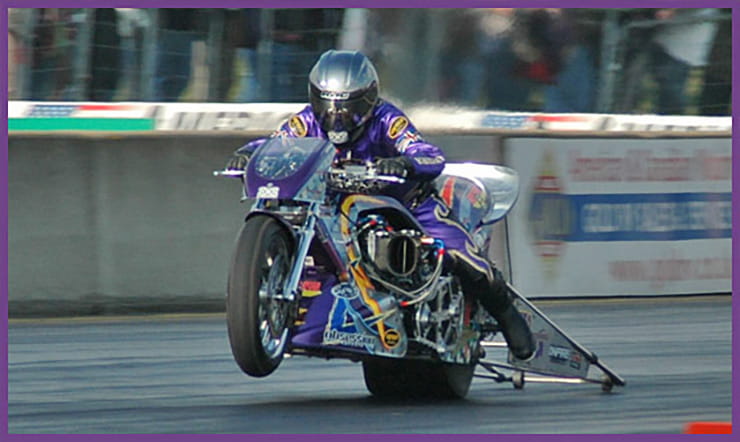 And one last star and bike you won’t want to miss – drag bike legend and seven-time European Top Fuel drag racing champion, Ian King, returns to Goodwood on his monster Puma drag machine – don’t miss him as he attempts to negotiate Goodwood’s twists and turns aboard his straightline monster!