The first of BMW’s 2019 models have broken cover with a host of new paint schemes and tweaks across the firm’s range.

Across most of the line-up, BMW has revealed it will be adding ‘comfort’ turn signals, which are cleverer than the old self-cancelling design. Before, there was simply a time or distance measurement taken to decide when to stop the blinkers, but with the comfort turn signals there’s a much more complex set of parameters, including speed, taken into account to ensure they switch off at the appropriate moment.

BMW has also announced an update to its Motorrad Connected app, which goes to version 1.6, with revised mapping based on TomTom’s bike-optimised navigation. A new ‘winding route’ option is also introduced for when you want to take the long way to the office. Again, it will be available in August.

Over and above those general changes, specific models get new colours for 2019. Here’s how next year’s bikes will look: 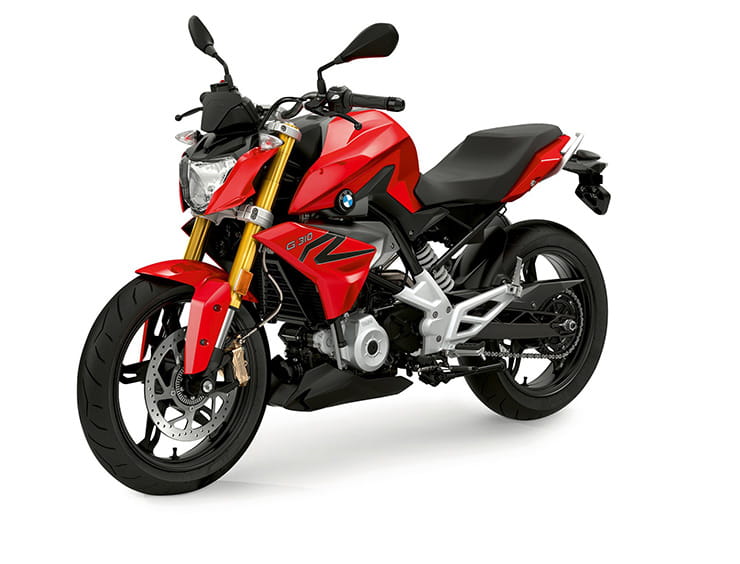 The G310R gets a new ‘racing red’ colour option, replacing the old ‘stratos blue metallic’ in the range. There will also be a ‘Style HP’ version with metallic white paint and HP logos. 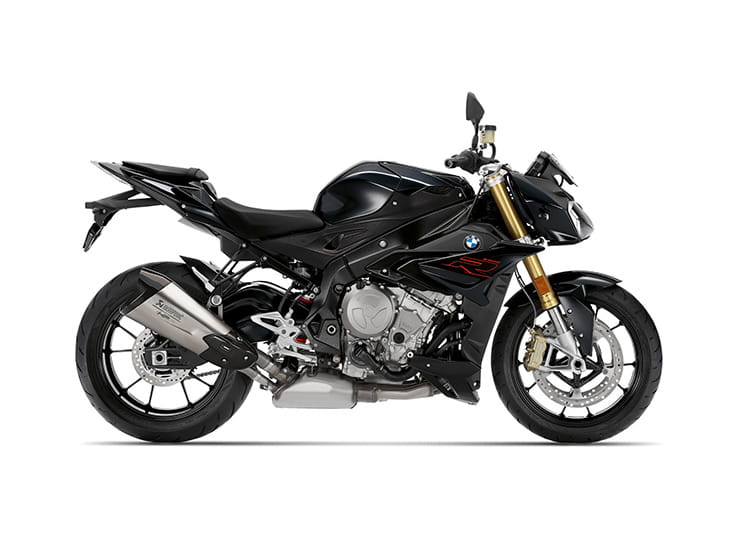 The S1000R is to be offered in ‘black storm metallic’ instead of the previous white/blue/red combo, and like the G310R there’s a white ‘Style HP’ version (pictured) that adds a sportier look. 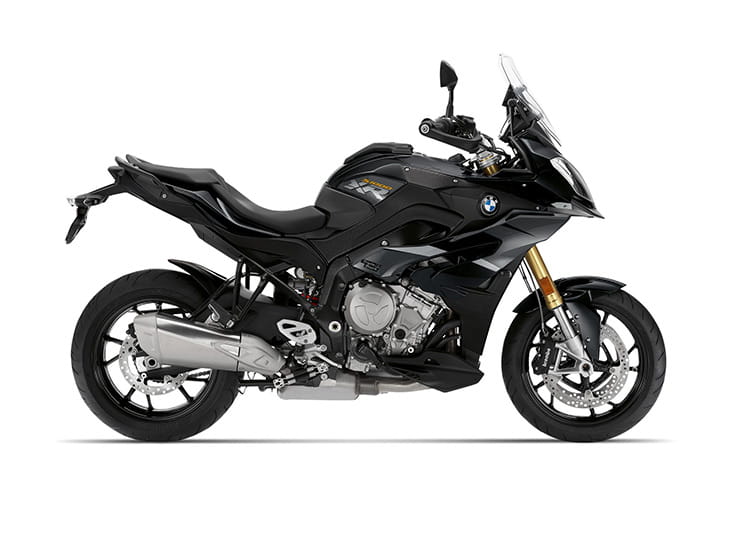 Triple Black is already a popular option on the R1200GS, and for 2019 it’s available on the S1000XR as well. It’s very, very black. The old blue version dies to make way for it. 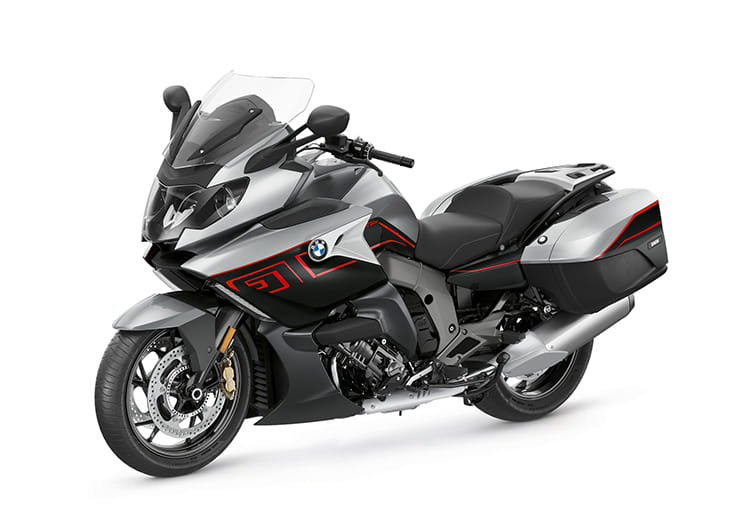 The K1600GT and GTL both gain hill start control as standard, plus new colours. On the GT, the new look is ‘Style Sport’ (pictured) in black and silver with graphics and gold brake calipers. The GTL gets a more subtle ‘Style Elegance’ in green and silver with chrome adornments. The K1600B bagger and Grand America tourer also get the hill start system, and the old ‘low’ seat – 750mm high – is now standard. The previous standard seat (780mm) becomes an option for leggy riders. A new ‘Imperial blue’ colour is also added. 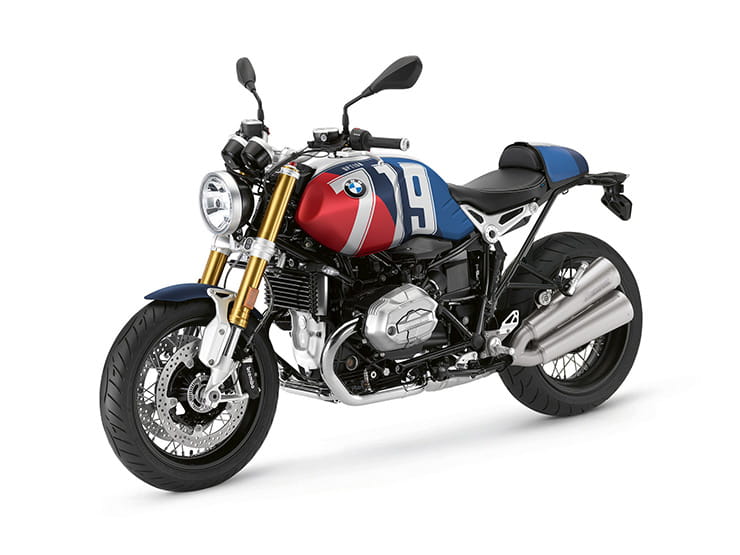 The R nineT range gets BMW’s Dynamic Brake Light system as standard across all the versions. There are also several new ‘Option 719’ colour schemes across the range.

The original R nineT will be offered in the colour schemes of red and blue (pictured) or green and silver. The R nineT Pure gains a black/white option and a black/gold version. 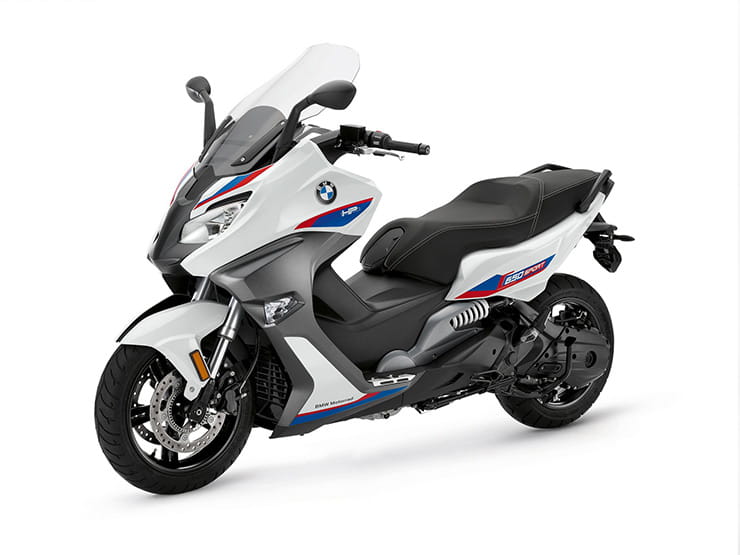 In its scooter range, BMW has added a ‘Style HP’ version of the C650 Sport (pictured) with Motorsport colours and a heated seat. On the C650 GT, there’s an ‘Option 719’ version in ‘sparking storm metallic’ with a heated brown seat.

For the electric C evolution, the colour option of grey and black replaces the old silver/green version that’s been around since the bike’s inception, while the new C400X gains a black option. 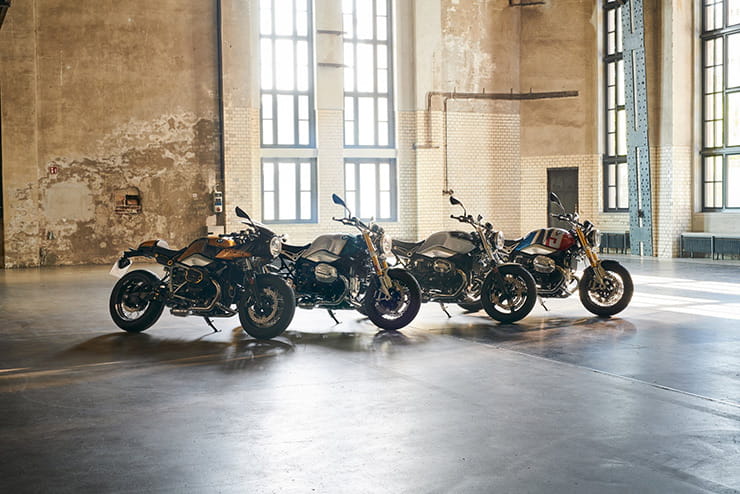 Of course, all these minor changes still leave plenty of room for bigger updates later in the year. And the bikes that haven’t been given new colours are surely the machines we can expect to see getting proper revamps for 2019.

Those include all the water-cooled R1200 models – the GS, GS Adventure, R, RS and RT – which are expected to get a new engine, potentially increasing their capacity and adding variable valve timing into the mix. We spied a prototype earlier this year.

The S1000RR superbike, although announced to be getting the option of a new li-ion battery for the latter part of 2018, is also notably absent from the colour changes. That’s no surprise, because it is also set to be replaced soon – back in 2017 we had pictures of the next-generation version on test.