Caught on test near the firm’s base, the bike wouldn’t turn many heads but its telltale datalogging computer case on the luggage rack is a dead giveaway that it’s more than just a standard R1200RT. And closer inspection reveals that the engine is very different to anything we’re used to seeing.

As well as completely reshaped cam covers – which look suspiciously production-ready with their moulded plastic ignition wire covers – the motor features rerouted exhaust headers that have required the bike’s bellypan to be redesigned. It’s all done so neatly that it’s hard to escape the conclusion that this is a near-production machine. Up front, the headlight also appears to be mildly redesigned and there’s a massive TFT display in front of the rider, although this could be part of the bike’s testing systems rather than an update that customers will get.

When the new engine is introduced, there’s strong money on the idea that BMW will also be upping the capacity. Just as the Ducati Multistrada has been given a hike to 1262cc this year it’s likely BMW will be moving to around the 1250cc mark.

While the engine is seen here in the R1200RT – or perhaps R1250RT – tourer, of course it will also turn up in the R1200GS adventure bike and R1200R roadster. Whether similar tech will extend to the retro air-cooled R NineT range is yet to be seen.

With a completely new S1000RR also under development for 2019, BMW has got a busy year planned…

But all that cosmetic addenda is mere footnote to the engine rework. Fortunately, our snapper has also managed to grab a shot of a motor sitting all on its own, revealing the extent of the changes.

That shot shows that the main elements of the motor – the cases, cylinders and heads – are largely unaltered, at least externally. And that leaves just one rational explanation for the significantly reshaped cam covers; this bike is packing a variable valve system.

Rumours have been swirling for some time that BMW has been planning to add variably valve timing to its boxer twin. It’s by no means the first firm to exploit the technology, either – Kawasaki’s 1400GTR has used variable valve timing since it went on sale in 2008, and Ducati and Suzuki have since joined the party with the Multistrada, Diavel and GSX-R1000.

The logic is simple. Any engine with fixed valve timing is severely compromised when it comes to meeting both performance and emissions targets.

To make lots of power at high revs, inlet valves need to be opened early to let the cylinder fill properly, giving lots of valve overlap (the period where the inlet and exhaust valves are both open). But if you have lots of overlap at low revs, you get unburnt fuel escaping into the exhaust, with detrimental effects on the emissions and economy, not to mention poorer rideability. 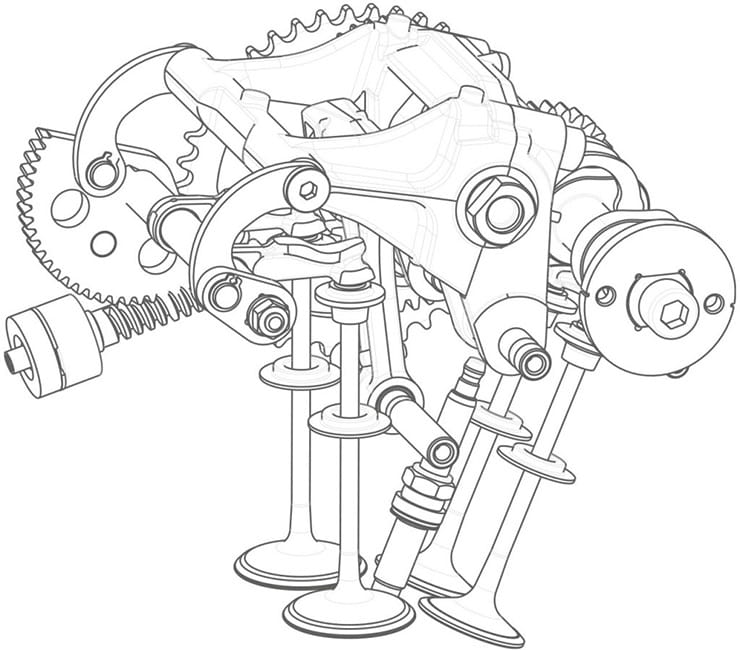 By using a simple cam-phaser, which can rotate the camshaft in relation to the cam sprocket by a few degrees, altering camshaft timing, you get around this problem. So that’s probably what BMW is doing here.

It’s certainly what Kawasaki, Ducati and Suzuki have turned to. Kawasaki and Ducati both use hydraulic cam-phasers, using engine oil pressure to shift the camshaft in relation to the sprocket. Suzuki has a clever centrifugal system that gets around rules banning hydraulic or electronic VVT in MotoGP (the GSX-R1000’s system was first developed for the GSX-RR GP bike).

BMW also uses cam-phasing in most of its cars, having first introduced its own version of the system – dubbed VANOS – in 1992. 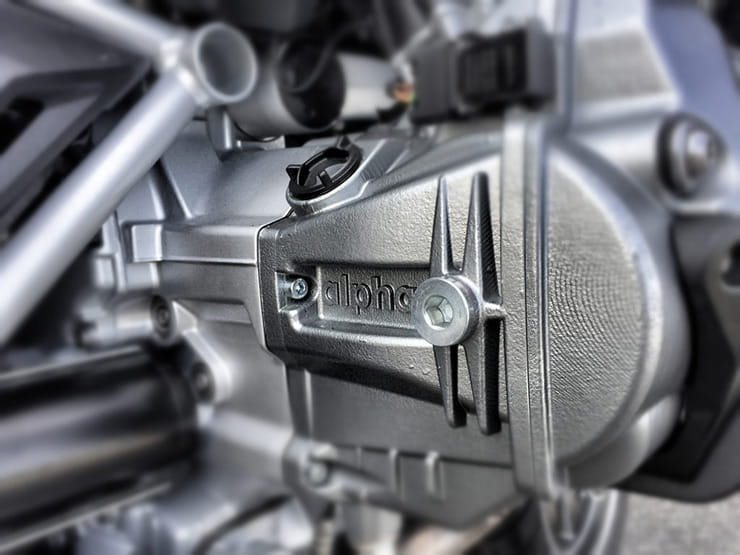 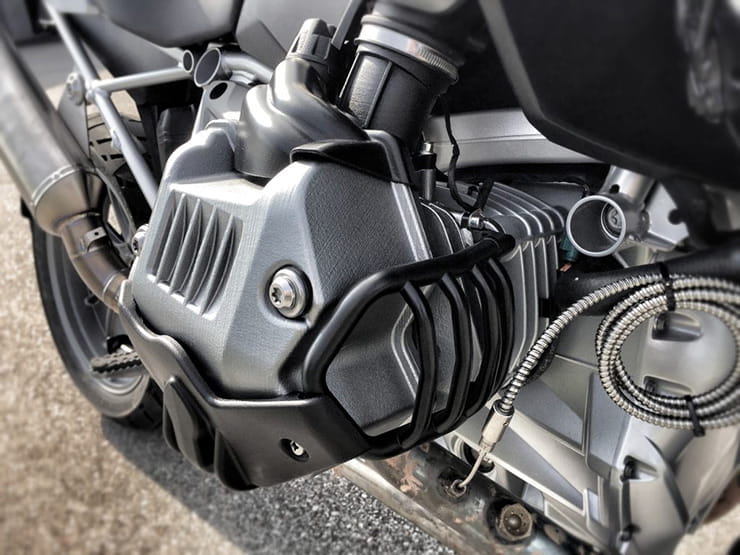 Above: the redesigned, variable valve lift cylinder head that Alpha Racing made

However, there’s a chance the BMW boxer being tested here is even cleverer than the cam-phased engines used by rivals.

Instead of varying with revs, like a cam-phasing system, Valvetronic varies depending on throttle inputs. In fact, cars equipped with the system have no need for throttle butterflies in their intakes. Instead, at idle the inlet valves only open a tiny bit, and when you accelerate they’re opened wider – giving the same effect as a throttle butterfly but with no butterfly to disturb the intake airflow.

BMW’s own boxer bike engine has already been fitted with a variable valve lift system that eliminates the throttle butterfly – just not by BMW. Aftermarket firm Alpha Racing revealed a prototype variable valve lift cylinder head fitted to an R1200GS at the Cologne Intermot show in October 2016.

Its figures showed that the variable valve lift heads fitted to an otherwise stock engine boosted power from 123bhp to 144bhp while simultaneously reducing fuel consumption and emissions. Those are the sort of improvements that are sure to get any manufacturer’s attention.

Given BMW’s own experience in the same field, could the firm be taking this route with the new boxer engine? Don’t bet against it. 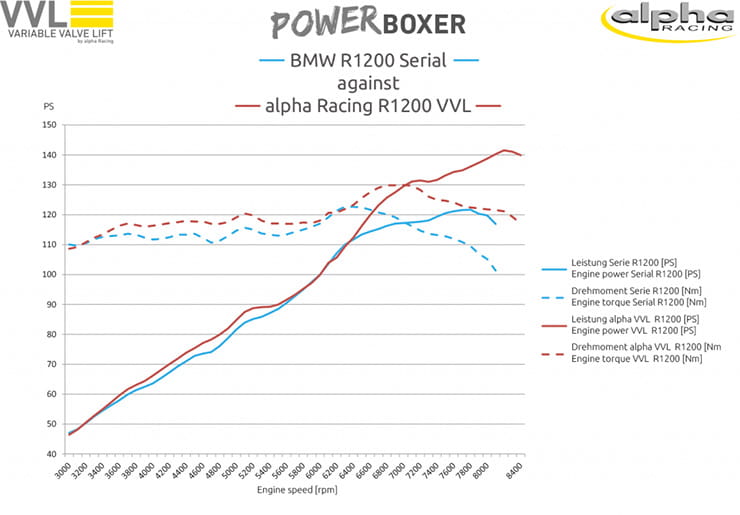 Find out about Bennetts bike insurance and our moped insurance.