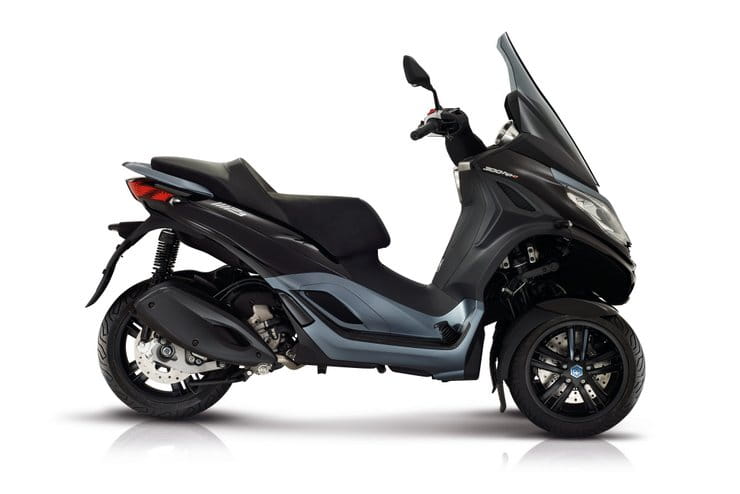 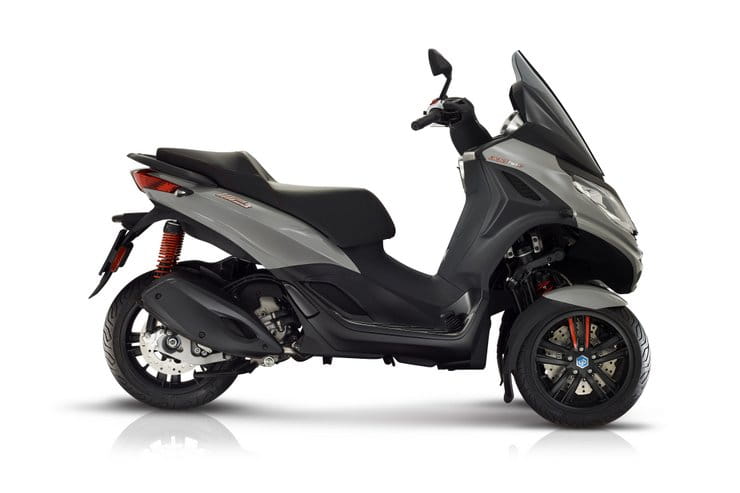 A new 278cc “300 hpe” engine is the core of two new twist-and-goes launched by the Piaggio Group at EICMA in Milan next week.

Piaggio’s MP3 has been blazing its three-wheeled trail for 12 years and the new MP3 300 hpe promises to be lighter and more agile as well as faster thanks to the new 24bhp single-cylinder engine.

As well as the usual MP3 selling points – notably the twin front wheels and the extra grip and confidence they offer – the 300 hpe gets a more modern style with LED daytime running lights and slimmed-down bodywork.

The new engine makes 16% more power than its predecessor and 9% more torque, thanks to a new cylinder head and piston, a new fuel injector and revised air intake. The redesigned CVT gearbox is also claimed to be quieter than before.

Piaggio is offering two versions; the basic MP3 300 hpe and the sleeker MP3 300 hpe Sport. The base model has a taller screen and black wheels, while the Sport features a cut-down screen, black lower panels, red springs front and rear and a matching red stripe on one spoke of each wheel. It also gets wave disc brakes at the front and aluminium inserts in the footboards.

The Sport model also gets Piaggio’s MIA multimedia platform, which connects to your smartphone and lets it read out speed, revs, instantaneous power and torque, acceleration rate, lean angle and a host of other information. It also lets you view maps and routes and can even be used to monitor tyre wear and inflation. 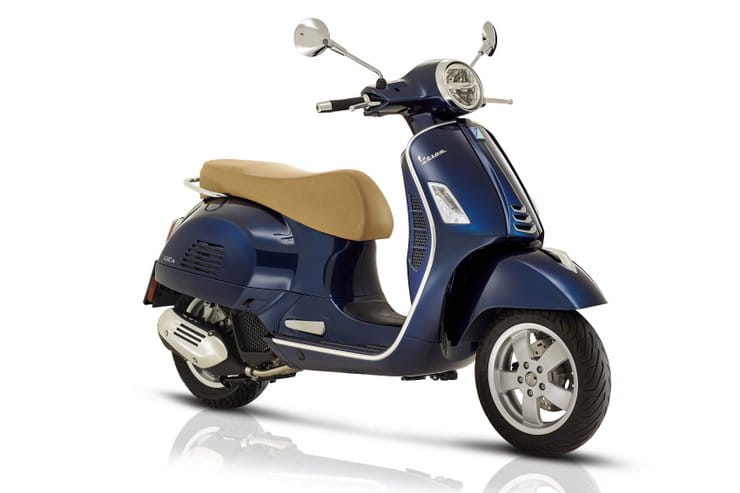 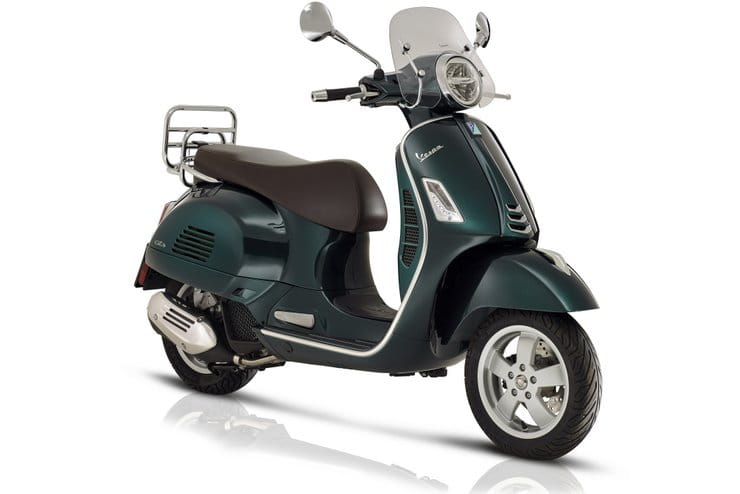 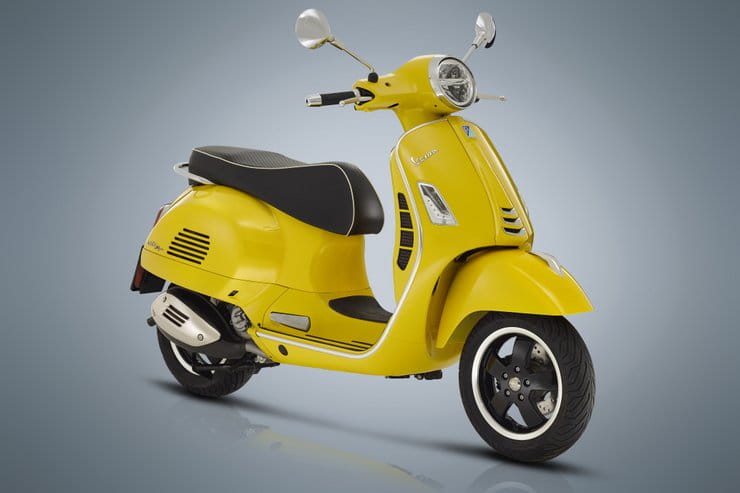 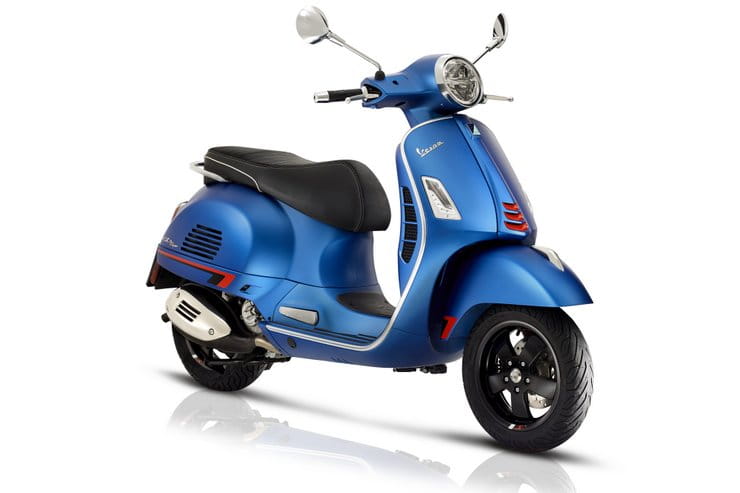 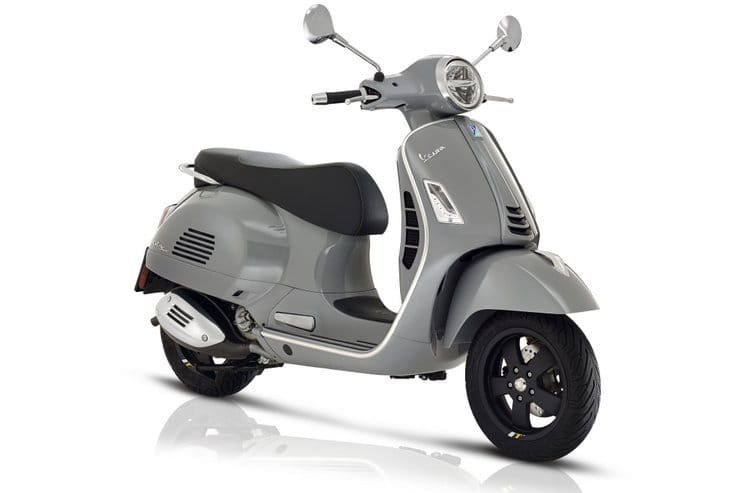 The same 300 hpe engine that powers the new MP3 300 also finds its way into the Vespa GTS 300 in 2019, with similar benefits as in the three-wheeled model but applied to the more traditional two-wheeled Vespa.

In fact, the GTS 300 is more than just one model. Vespa is offering five separate versions – the GTS, GTS Touring, GTS Super, GTS SuperSport and GTS SuperTech. The newest model, the SuperTech, includes a 5in colour TFT dashboard and smartphone connectivity.

The new models all get full LED lighting, plus detail tweaks to the bodywork and a new, more comfortable seat. The 300 hpe engine, with slightly different performance figures compared to the MP3 version, promises 12% more power than the old GTS and 18% more torque. It’s said to be the most powerful engine ever fitted to a Vespa, with a peak of 23.5bhp. It even has traction control as standard.

The smartphone-connected SuperTech model pairs via a dedicated Vespa app, letting you manage calls from the TFT screen and even offering turn-by-turn navigation on the dash.