Dunlop dynasty to star at Goodwood Festival of Speed 2017 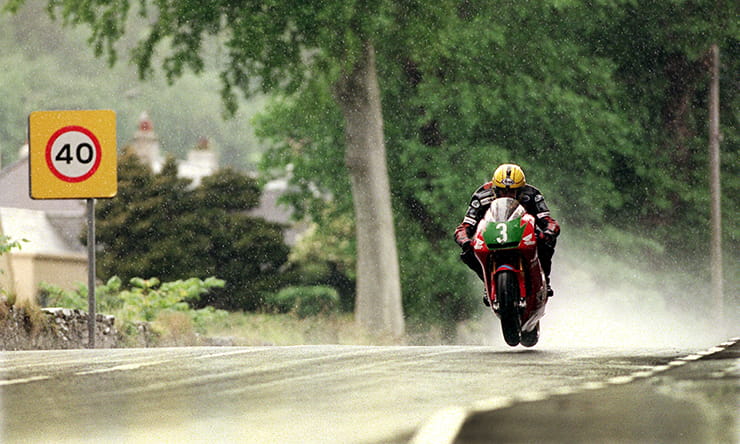 For nearly a quarter of a century the Goodwood Festival of Speed has been one of the greatest spectacles in motorsport and for 2017 its motorcycle element is looking stronger than ever.

One focus will be on the machines and exploits of the Dunlop racing dynasty, including the brothers Joey and Robert and the younger generation, Michael and William. Between them they lay claim to 41 TT wins and counting – that number could well rise this week.

Honda is showing its usual support for the Festival by once again shipping bikes all the way from its Collection Hall in Japan to run up Lord March’s driveway course. Among them will be the Vimto-sponsored VTR1000 SP1 that took Joey Dunlop to his last TT victory, the 2000 Formula One race. The same bike was replicated for the Joey statues that sit at the Bungalow on the TT course and in the Joey Dunlop Memorial Garden in his hometown of Ballymoney.

Other Dunlop bikes at the event will include the JPS Norton ridden to three wins at the North West 200 by Robert Dunlop, which will be one of several rotary Nortons coming from the National Motorcycle Museum.

Michael and William Dunlop will both be at the Festival on their own 2017 TT bikes, Michael riding his Superstock-spec Suzuki GSX-R1000 and William on both his Superbike Yamaha R1 and his Supersport-class R6.

A selection of other Joey Dunlop bikes will also be ridden in the ‘Dunlop Dynasty’ class by Dan Kneen, while the TT connection will also see Bruce Anstey riding the course on his Fireblade, James Hillier on his ZX-10R and Gary Johnson on a Triumph Daytona 675.

Elsewhere, the Festival will see Honda celebrating 25 years of the Fireblade with riders including Jenny Tinmouth and the firm’s British Touring Car Championship drivers Matt Neal and Gordon Sheddon all riding the machines up the hill.

It’s not just road racers that will be represented, either. Britain’s first ever Dakar Rally winner, Sam Sunderland, will be appearing on his victorious KTM Rallye.

Goodwood stalwart Giacamo Agostini will once again be at the event with his MV Agusta GP bike, while the earliest era of motorcycle racing will be represented by a selection of bikes connected to the Brooklands circuit, which celebrates its 110th anniversary this year. Fast-forward to the most exciting machines of 2017, and BMW has confirmed it will have its carbon-framed, 212bhp HP4 Race at the event. 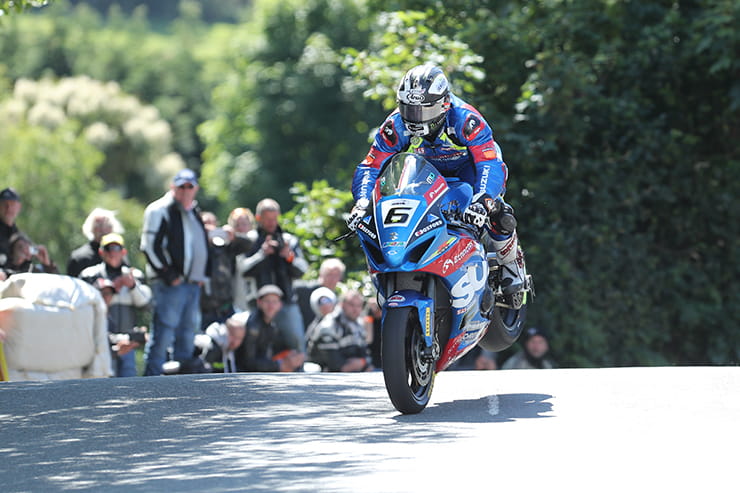 Of course, Goodwood isn’t just about bikes. Historic and racing cars from every class and era will also be running on the hill, while a forest rally stage allows rally machines to show their mettle, too. There’s also the Cartier Style et Luxe concours d’elegance, an aviation exhibition and, if you’re feeling flush, a Bonhams auction.

The Festival runs from Thursday 29th June to Sunday 2nd July, and you’ll need a ticket in advance to get in as it usually sells out well before the actual date.

Basic tickets for Saturday are already sold out but there are a number of ‘Ultimate FOS Packages’ available, starting at £450 per adult but including all-day hospitality and private grandstands.

At the time of writing, there are still limited Sunday tickets available at £67 for adults, £33.50 for 13-21 year olds and free for children 12 and under. Grandstand seats cost an extra £51 while an admission and grandstand roving pass is £132. Again, there are ‘Ultimate FOS Packages’ on offer, starting at £354 for an adult.

The entire array of ticket options and prices can be found at www.goodwood.com or by calling 01243 755055.

When it comes to getting there, the advice is to leave plenty of time and to follow signposts to car parks rather than your sat-nav. Parking itself is free and car parks open at 6.30am each day. If you’re on your bike, there’s a special bike park with hard standing in Car Park D, with helmet storage also available. Again you’ll find more details at www.goodwood.com.
Related News