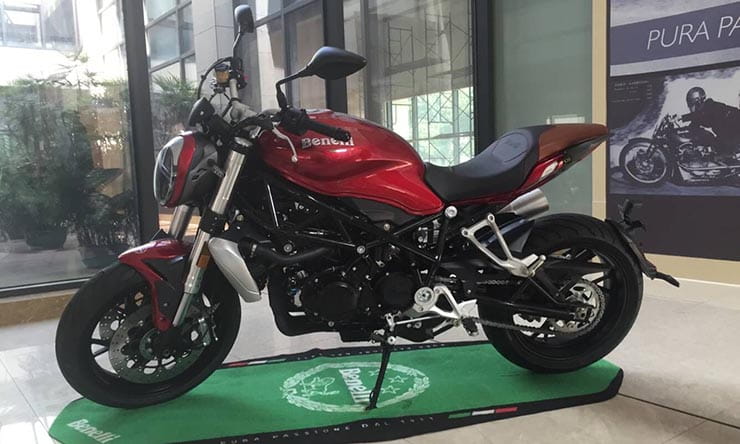 Despite the finished paint, badges and showroom-like surroundings this Benelli is a prototype of the firm’s new 750cc parallel twin and at the moment you’re still not supposed to be seeing it.

The firm revealed the forthcoming model’s engine at last year’s EICMA show, leaving no doubt as to its plans, and we scooped pictures of a styling model as far back as May 2016.

But these images scooped by Chinese site Newmotor.com.cn reveal the bike in what looks to be finished form. Changes from the previous styling model include a new exhaust pipe design and a new two-tone seat embossed with the Benelli logo.

The Benelli could be an enticing prospect as a rival to machines like entry-level Ducati Monsters or Triumph’s Street Triple, but it could also be seen as a competitor for cheaper Japanese bikes like Kawasaki’s Z650.

The engine might be a key development for the bike, but it’s actually derived from the older three-cylinder motor. As long ago as 2006 Benelli showed a parallel twin, 750cc concept bike, the 2ue 756, with a very similar engine design. Work on that machine continued until at least 2012. However, the new 750GS shares little with it apart from the basic engine design.

While the 2ue 756 had an alloy frame and swingarm, the new bike has a steel trellis chassis and a tubular swingarm similar to that on the new Benelli TRK 502 twin.

In terms of performance, the firm claimed 97hp at 10,000rpm from the 2ue 756, and there’s little reason to think that the engine’s output will have changed radically since then. With 47lbft of torque at 8000rpm, its acceleration should be on a par with the competition, too.

Like the new Leoncino scrambler, the Benelli 750GS shows that despite its Chinese ownership the company can still turn out a good-looking design. Tech will include ABS, of course, and a colour flat-screen instrument panel.

As well as these spy pictures, several videos have emerged on China’s equivalent to YouTube showing prototypes of the new 750 undergoing tests.

It’s likely that the final version of the bike will appear at this year’s EICMA show in November. Asked about its status, Benelli’s press office replied it that ‘will launch soon’ and said that the prototype pictured in these unauthorised shots is not the definitive version – so some changes are still on the cards before its introduction.

As we revealed last May, Benelli is also developing a new 900cc three-cylinder naked bike using a version of the existing triple. It’s also working on a 1200cc, shaft-drive tourer, which BikeSocial reported on back in December.

Pictures used with permission from newmotor.com.cn 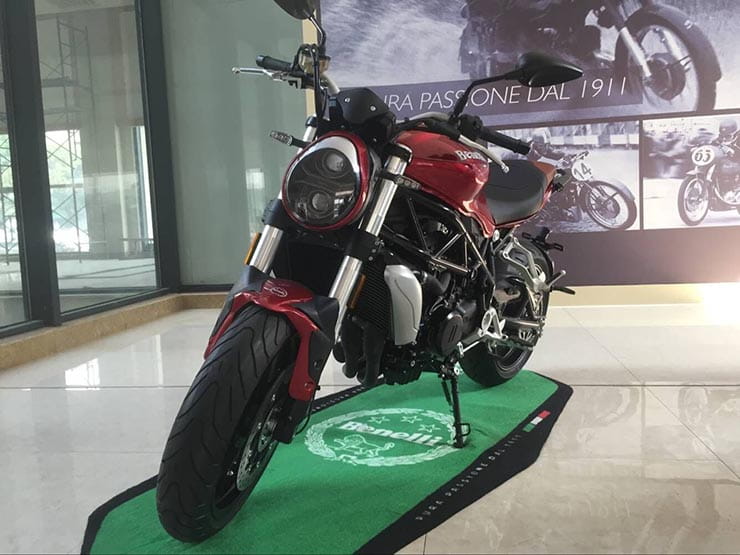