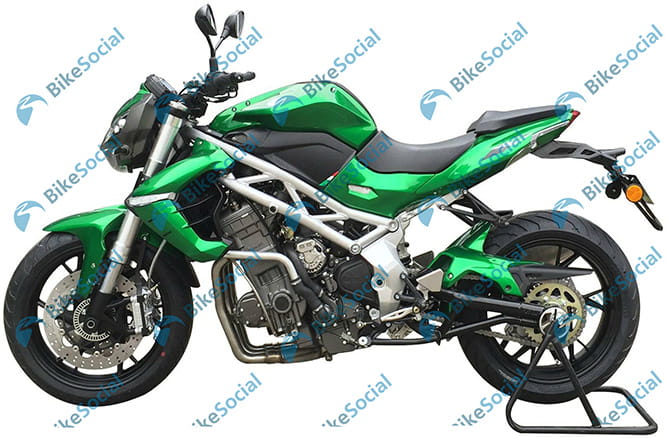 Benelli might not be a brand that’s at the top of your shopping list but there’s no denying that its Tornado and TNT models – both styled by Adrian Morton, now head of MV Agusta’s styling department – are amazing to look at.

But they’re old. The Tornado dates back to 1999 and the TNT has been around since 2004. Unsurprisingly, sales have slowed to a near-standstill in the face of competition from much more modern, capable machines from the firm’s rivals.

These leaked pictures show how Benelli is planning to transform the TNT into a cheaper, more modern machine in the near future.

The engine is familiar. It’s the same 899cc unit as in the current TNT 899, although it’s externally identical to the larger-capacity 1130cc version so there’s little reason that the bike seen here couldn’t be offered in both capacities. In terms of performance, the 899 makes around 120bhp, while the larger version hits 157bhp – not class-leading but still respectable for a three-cylinder design that’s old enough to go to the pub. Of course, for the new model seen here, the engine is sure to have at least some updates, so performance could improve yet further.

The triple is fitted to a new trellis-style frame that’s bolted to an aluminium section where it meets the swingarm. That arm itself comes from the existing TNT, as does the fuel tank, but the rest of the styling is new.

Notably, the TNT’s unique central underseat exhaust is gone, replaced by a massive side-mounted end-can. Thanks, Euro4 emissions regulations. To be fair, the exhaust is still very much a prototype part, and it’s a safe bet that the final production version will be neater-looking. 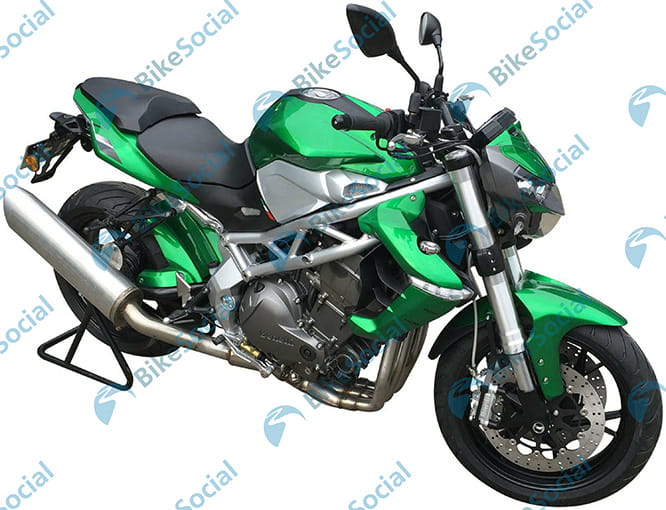 Seen from the left, where the exhaust is hidden, the styling isn’t bad at all. The shapes are still TNT-ish, with boomerang-shaped radiator cowls, although they now hide a single, conventional radiator rather than two side-mounted rads as on the existing TNT.

The overall impression is that the new model will be more affordable than you might expect. Carrying over the old engine means that development costs should be minimal and parts like the own-brand brakes suggest that it’s not aimed at top-end naked superbikes. There’s also still a clear possibility that the old, more exotic TNT will remain available in 1130R form alongside the new bike.

Since these pictures are leaked rather than official releases, there’s no word on the firm’s exact plans for the bike. The timing of the leak suggests that the new model will be ready to be officially shown at the end of 2016, with production likely next year. 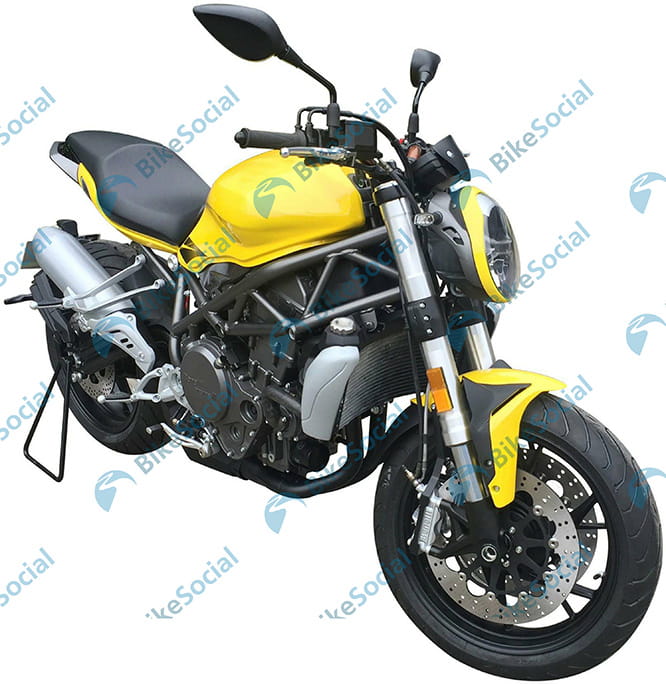 The argument to buy a Benelli has never been easy to rationalise. Ever since the brand was revived in the late 90s it’s bikes, often stunning to look at, have stumbled just enough to raise doubts among potential customers.

The first Tornados were too expensive while offering no tangible advantage over more established rivals. They got much cheaper over time, but by then doubts over reliability, parts supplies and dealer back-up were great enough to ensure sales remained at a trickle.

More recently, under the ownership of Chinese firm Qianjiang, the company has been associated with a strange mix of cheap, Asian-made models – mostly small-capacity bikes and scooters – and ageing Italian-built exotics. So it’s no surprise that last year only 47 Benellis of all types were registered in the UK.

But Benelli has a plan to change that. Ever since its Chinese takeover a decade ago the firm’s focus has been on fast-growing Asian markets while developed markets like Europe have been largely ignored. Now that’s starting to change and Benelli could soon be seen in quite a different light.

The change has already started. At last year’s Milan bike show the firm revealed the impressive-looking TRK 502 parallel twin adventure bike and the lovely Leoncino scrambler based around the same engine. And at the end of this year it will step more boldly into the European limelight with the new 750cc parallel twin seen here. 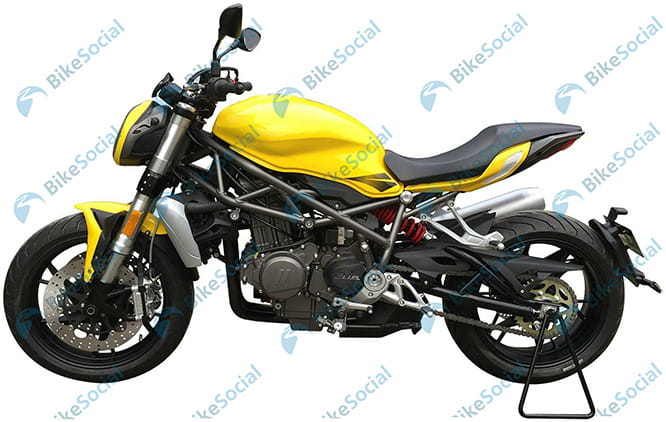 The pictures show a prototype for the new bike, so aren’t necessarily completely representative of the final machine, but they won’t be far off. It’s a straightforward naked roadster, along the lines of the Ducati Monster or even Suzuki SV650, with a trellis frame and a brand new parallel twin engine.

We know its capacity is 750cc and from the pictures it’s clearly water-cooled, but at the moment there’s no word on its specs or performance. Given that Benelli already makes a 600cc four-cylinder roadster with 82bhp, it makes sense that the twin will be positioned above that, with perhaps as much as 100bhp.

The forks and brakes look like they’ve been borrowed from the existing BN600 four-cylinder, but the frame and styling are all new. While not as adventurous as some Benellis, the appearance is clean and well-proportioned. It’s not clear whether it’s been styled in Italy but the bike is expected to be built in China to keep costs to a minimum.

The new model’s name isn’t known yet, but it could be added to the TNT range as the TNT 750. All will be revealed towards the end of this year.