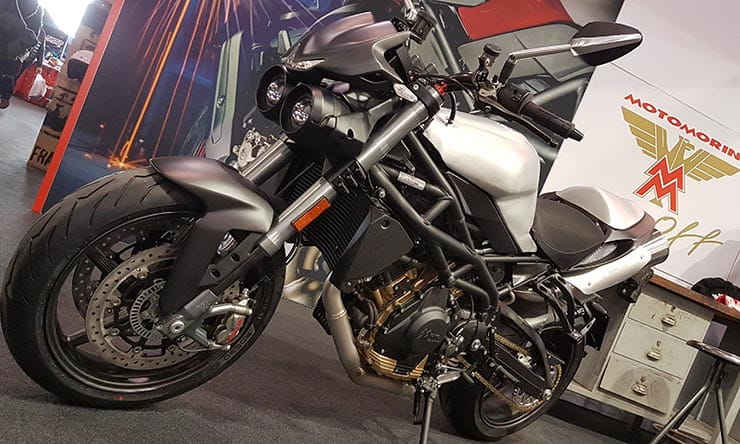 Historic Italian manufacturer Moto Morini has unveiled a limited edition machine at this weekend’s Verona show, to celebrate 80 years of the brand.

Like most Italian motorcycle brands, Morini has endured a tumultuous history since being formed in 1937. The company was reborn in 2012 following bankruptcy in 2009, which came after decades of decline.

Based on the 1187cc 87° V-twin Corsaro 1200 ZZ, a naked sportsbike that traces its roots back to 2005’s Corsaro and which was launched at last year's Milan show, just eight Corsaro80s will be built and sold worldwide. Each is hand built in Moto Morini’s workshops and features exotic materials, with a gorgeous hand made brushed aluminium fuel tank and lashings of carbon fibre, including most body panels, levers and wheels.

As is the case with the 1200 ZZ that's lurks underneath, other details of the Corsaro80 is somewhat limited, with no word on price or power. The new owners are looking to establish a dealer network in the UK this year, but if you want one, it’s probably best to get in touch with the factory directly through their website: www.motomorini.eu