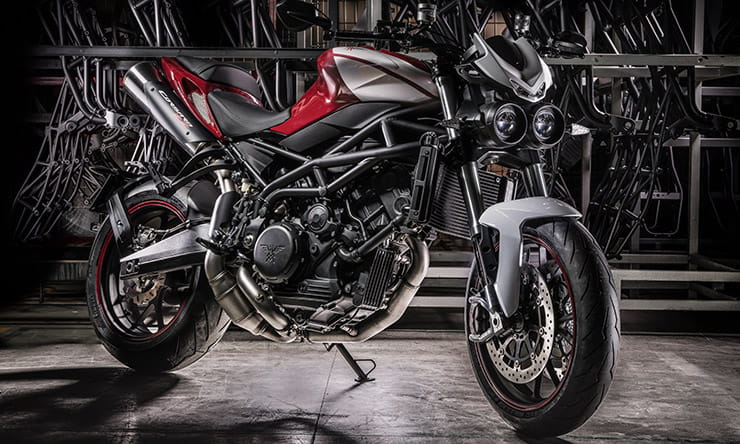 Legendary Italian bike marque Moto Morini will be back on sale in the UK next year with their 1200cc V-twin range of Corsaros.

We spoke to the factory and they said they’re in talks with a UK importer. According to their spokesperson, it was ‘highly likely’ they would be back on sale in the UK next year.

The firm released a new version of the Corsaro called the 1200ZZ at the EICMA Show in  Milan last week.

Essentially it's a special version of the Corsaro, which was initially launched back in 2005, the Corsaro ZZ features a tricolour paint scheme, ABS, a slipper clutch and quickshifter. There’s new upside down front forks made by Italian company Mupo with radially-mounted four-piston Monobolc calipers on 320mm twin front discs. It weighs in at 192kg, no power figures are available yet, but the standard Corsaro makes around 123bhp.

The high-level twin exhausts are a new feature on the Corsaro ZZ too. The firm also had its scrambler style, er, Scrambler on sale and the adventure bike Gran Passo on the stand in Milan.

Moto Morini say that they should have news of a new distributor in the next few months. We’ll bring you more news on their comeback in the UK when we get it.