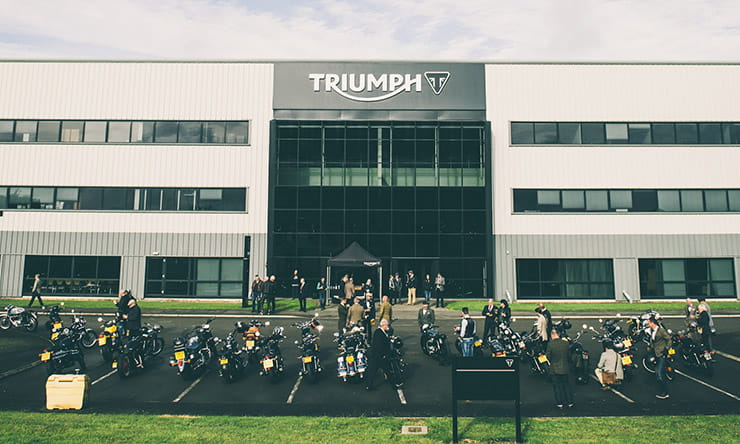 One of the biggest U-turns in recent motorcycling history was Triumph’s last-gasp decision to cancel its massive project to create a range of Indian-made 250cc machines in 2014. But now the company has revealed it’s signed a deal to tie-up with giant Indian manufacturer Bajaj to create new models and a strategy that will benefit both companies.

While details of the deal are still secret, certain elements have been confirmed. Firstly, and perhaps most importantly for the fiercely independent Triumph brand, it’s described as a ‘non-equity partnership.’ That means there’s no change of ownership – neither firm is taking a share in the other’s equity. Instead it’s a mutually beneficial agreement to use the different strengths of the companies to help one another.

Triumph’s strengths include its R&D know-how, quality control, worldwide distribution network and of course the massively strong brand name. Bajaj’s include its ability to produce huge numbers of bikes – over 6 million in the 2016 financial year – and low production costs. Its efficiency is such that the firm produced more than 800 motorcycles per employee during 2016.

The deal’s stated intention is to ‘deliver a range of outstanding mid-capacity motorcycles benefitting from the collective strengths of both companies.’

That’s a harder statement to interpret, as the meaning of ‘mid-capacity’ varies hugely from one part of the world to another. In India, the term is usually used for 250cc-500cc machines, while in Europe bikes as big as the Tiger 800 could be seen as mid-sized. Given that Triumph already has a strong presence at the 800cc mark and that such bikes are niche sellers in India, the deal almost certainly relates to the smaller, Indian definition of mid-capacity bikes.

Which brings us back to Triumph’s cancelled 250cc single-cylinder project. Officially announced in November 2013, it was actually well advanced at that stage. Both fully-faired ‘Daytona 250’ and naked ‘Street Single’ models had been spied testing in near-finished form. But only months after its announcement, Triumph quietly cancelled the entire project, writing off millions in R&D investment. 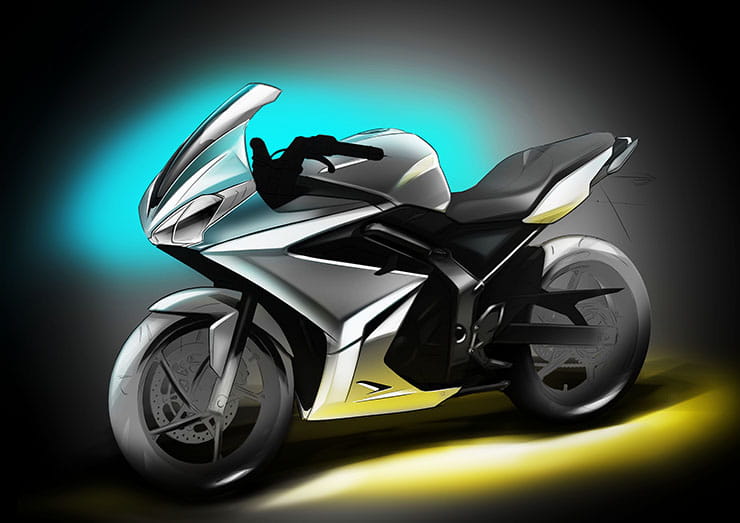 In fact, the official wording was that it was ‘on hold for strategic reasons’. That left the door open for the idea to be revisited, which might well be exactly what’s happening now.

While many interpreted the ‘strategic reasons’ for the project’s cancellation to be the fact that the bikes developed by Triumph were 250cc machines, just as rivals began to enlarge their offerings to 300cc or more, that’s not the whole story. In fact, the bigger problem was that for small bikes to be economically viable they need to be built in huge numbers. Triumph’s strategy was to build an entirely new Indian factory capable of making 300,000 bikes per year initially, with scope to increase to 500,000 per year. But problems negotiating Indian bureaucracy meant that when the 250cc project’s R&D was nearing completion the work on making the factory to build the bikes still hadn’t started.

It’s worth noting that Triumph’s strategy at the time was intentionally at odds with the way other firms were operating. Around the same period we saw the ever-closer ties between KTM and Bajaj – the Indian firm now owns nearly half of KTM and produces its 125, 200, 250 and 390 road models – and a deal between TVS and BMW, which has since led to the creation of the G310R and G310GS. Unlike those projects Triumph’s initial Indian market intention was to go it alone; the British firm would bear all the costs, but in return it would reap all the rewards. It didn’t cater for the potential difficulties in actually setting up production in India as a foreign company.

With that lesson learned, its new tie-in with Bajaj could put the 250cc project back on course, although changes in the bike market mean it’s likely to be in a different form.

While Bajaj already builds KTM’s smaller-capacity, single-cylinder engines, it lacks a purpose-made 250. For the RC 250 and 250 Duke that are offered in some markets, the much larger 373cc ‘390’ engine is sleeved-down. Now we hear that Bajaj is developing a completely new 250cc, single-cylinder adventure bike, which may even debut before the end of this year. Could that machine be part of the Triumph tie-in? At the moment we don’t know, but since Triumph is sitting on a fully-developed 250cc, water-cooled single-cylinder engine, designed with modern emissions laws in mind… And an adventure bike would meld perfectly with Triumph’s current market. There’s even the perfect name from Triumph’s past, simply waiting to be reused: ‘Tiger Cub’. 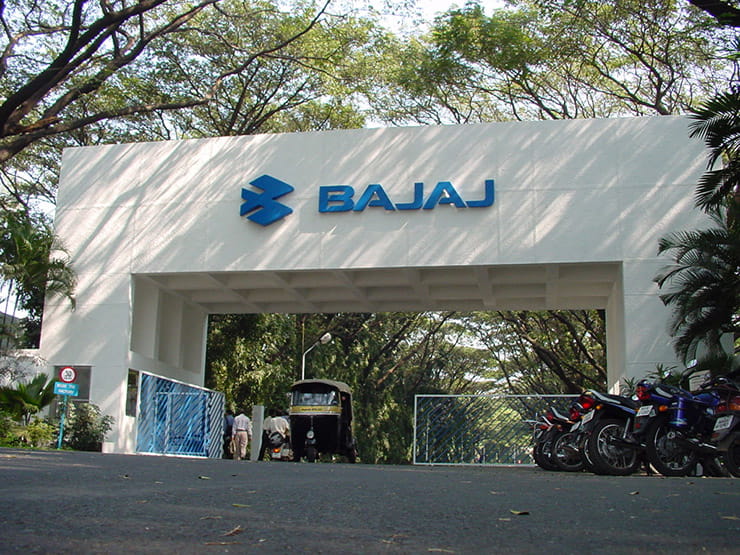 The previously-developed Daytona 250 and Street Single may also still make sense, particularly in the Indian market. Although it might seem irrational, given the nature of India’s terrain and roads, small sports bikes are still a big deal there. Bajaj’s Pulsar RS 200, the KTM RC200, TVS’s upcoming G310-based Akula 310. Hero’s Erik Buell Racing-designed HX250R, delayed by the collapse of EBR, is also likely to go into production next year. So a Daytona 250, with the allure of the Triumph brand, may well still prove a success.

That brand allure also applies in other parts of the market. There’s no doubt that, worldwide, Triumph remains one of the strongest brand names in motorcycling, and never more so than in the booming retro bike market. While Triumph is making hay in western markets with the hugely successful new Bonneville line, Royal Enfield has been going from strength to strength in India. Indeed, its parent firm, Eicher, recently overtook Bajaj as Indian’s most valuable motorcycle maker in terms of its stock price, despite making far fewer bikes. The fact that the new Triumph deal puts its bikes and brand at the disposal of Bajaj will help the Indian firm hit back in the market for relatively large-capacity, retro-styled machines in India. That could prove to be particularly valuable right now, as Royal Enfield is expected to imminently reveal its much-anticipated 750cc twin-cylinder retro bike range, a direct competitor to the Triumph Bonneville T100 and Street Twin/Street Cup models.

While the Indian market is, of course, the main thrust of the new deal, Triumph’s announcement does emphasise that it’s a global partnership. That means the Indian-made, Triumph-branded machines that Bajaj helps produce are likely to appear in the rest of the world as well. Triumph’s worldwide network might also help Bajaj expand its own brand on the international stage if it so desires.

In Triumph’s own words: “This new global partnership will enable Triumph to significantly expand its global reach by entering new higher volume market segments, especially within the emerging markets across the world.

“Bajaj will gain access to the iconic Triumph brand, and its great motorcycles, enabling it to offer a wider range of motorcycles within its domestic market and other international markets.”

Triumph promises to reveal more about the deal ‘in due course’ but early indications are that this might be the biggest strategic move for the firm since John Bloor revived the brand in the 1980s.