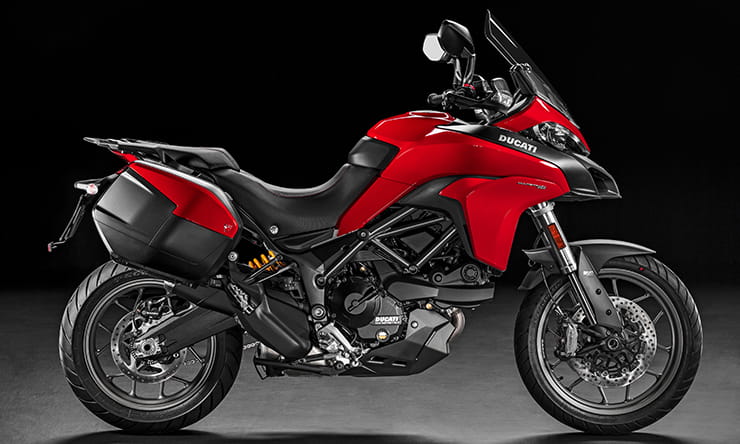 We spotted it in testing two months ago but now Ducati have officially announced the latest, and smallest capacity, version of their sports touring ‘multibike’; the Multistrada 950.

Despite its name the new Ducati uses the same Euro4-emissions-ready, 937cc V-twin Testastretta seen in the 2016 Hyperstrada/Hypermotard 939. The same motor is also to be used in the new Supersport for 2017 and offers 113bhp at 9,000rpm with a maximum torque of 71 ft-lbs at 7,750 rpm.

Designed to be a more useable, lighter-weight Multistrada yet still with the same ‘4-bikes-in-1’ capability as Ducati claimed with the latest 1200cc version, it is still packed with all the conveniences and comforts expected of a high level brand.

On top of the 170mm suspension travel front and rear, other options aimed at rider comfort and personalisation include four engine modes of Touring, Sport, Urban and Enduro which among others adjust the throttle responsiveness traction control and ABS settings plus restricts the engine to 75bhp in Urban and Enduro modes.

As you’d expect with ay modern day brand new machine, there are plenty of optional extras available. Ducati have created four ready-made packages with their names coinciding with the four riding modes. Touring Pack, for example, includes side panniers and a centre stand.

Prices and release dates will be confirmed shortly. 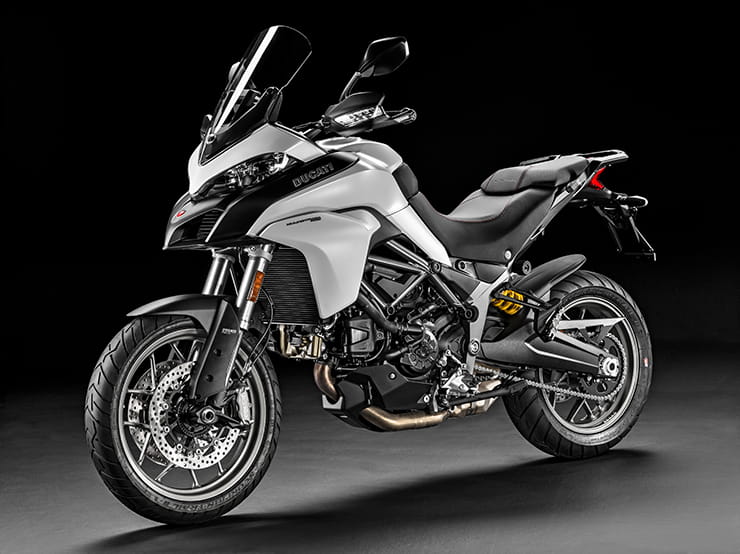