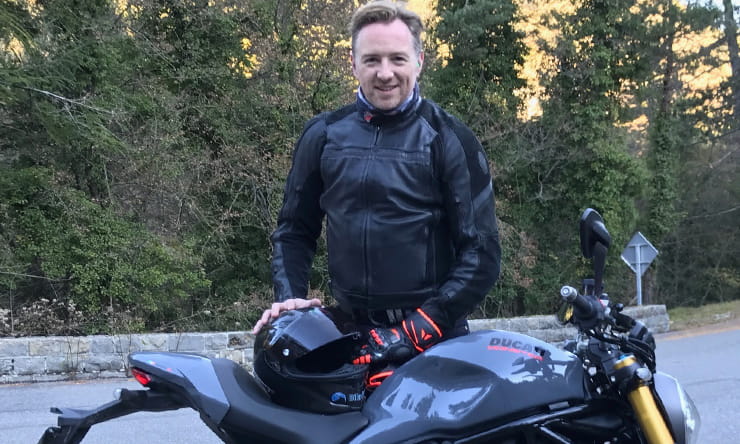 At the world riding launch of the Ducati Monster 1200 S, taking place today in Monaco, BikeSocial’s Web Editor, Michael Mann, has been riding the revised-for-2017 machine and has called in with his first impressions.

The Monster family launched back in 1993 with the M900 and has been through numerous iterations up to the 1200cc liquid-cooled bike and Ducati were keen to reassure us this is no facelift, in fact very little apart from the chassis remains from the 2014 version of the twin cylinder Monster.

The Italian super-naked might not be battling towards the top of the power stakes in this ferociously competitive class alongside the BMW S1000R, Aprilia Tuono V4, KTM 1290 Super Duke or Yamaha MT-10 for example, but it’s newly refined and Euro 4 compliant updates for 2017 give the model a massive boost.

Prices for the ‘S’ model start at £14,295 and the bike is available in two colours; Red or Grey with the new Grey version costing £200 extra.

The latest version of the Testastretta 11° DS engine delivers 5bhp more than the outgoing ‘S’ model while the Ducati quickshifter is now equipped as standard and that’s both up and down the gearbox. Fully adjustable Ohlins on the front and rear are coupled with lighter weight Y-shaped 3-spoke wheels and upgraded Brembo-calipered brakes. Cornering ABS, Ducati wheelie control and an updated TFT display are new and are included alongside the three riding modes. A slimmer and slightly smaller fuel tank, redesigned tail unit and new headlight offer aesthetic upgrades, while a new, shorter swing arm and sub frame contribute to a shorter wheelbase.

BikeSocial's Mann has been on the new 'S' model this morning. Here's the feedback so far,

"While the new Monster may not look worlds apart from the outgoing version, it rides so much better thanks to its shorter wheelbase. It's more direct and easier to turn. The Pirelli Diablo III tyres also help.

"So far the test route has taken us north of Monte Carlo, taking in a section of dual carriageway and some rough, twisty B-roads to test the bike's agility. The seating position urges you forwards, pushing the weight onto the front while the lower half feels sportier thanks to the high foot peg position giving good ground clearance.

"The quickshifter is a fabulous addition, like a new toy just to play with all the time. It's neat, fast, precise and offers that sweet little auto blip in the downshift. The throttle feels a lot smoother than the older model with power delivery a lot less aggressive. Other noticeable items are the late bite of the clutch and, if you ride with the balls of your feet on the pegs like I do and are a size 10 or more, there's a slightly unnerving movement of the swinging arm against your heel. Apart from that, the Monster 1200S is all grown up... even in the uncorporate grey colour." 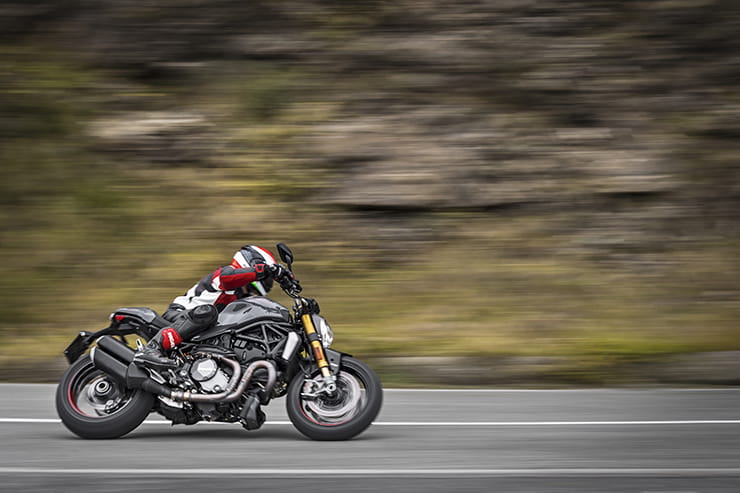 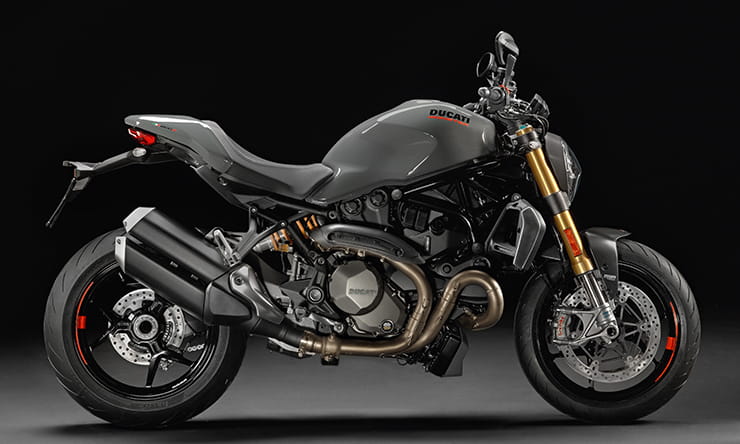