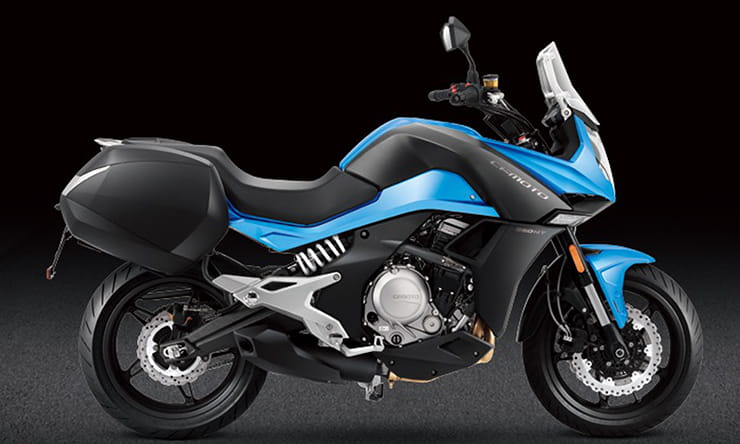 CFMoto has long been churning out 650cc parallel twins in the mould of Kawasaki’s ER-6 models but now the Chinese firm has set its sights on the Versys 650.

Sold in the UK under the WKBikes banner, CFMoto machines have been gaining prominence in part thanks to increasing success at the Isle of Man TT. This year the company managed fourth place in the Lightweight class, with Gary Johnson at the helm, in a field that was dominated by Kawasaki ER-6-based machines.

We scooped the new bike, dubbed 650MT, back in August when we published design patent pictures revealing it in detail. Although we’d hesitate to class it as an adventure bike, its raised suspension, high riding position and upright stance put it in the same class of road-going ‘adventure’ tourers as the Versys. 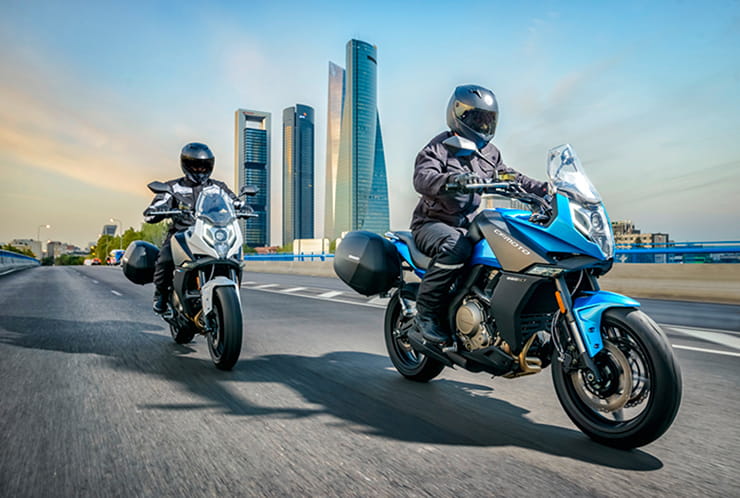 Now the first official images of the bike have emerged from China, where it has been given a low-key unveiling in advance of an expected European launch at the EICMA show in Milan next week. And of course it’s exactly like the bike we revealed several months ago, right down to the blue-and-black paintwork.

Given that China’s massive bike industry has so far barely started to manufacture machines more than 125cc, you’ve got to be impressed with how far and fast they’ve travelled. Compared to the last generation of CFMoto 650 machines the new 650MT is a huge step forward in aesthetic terms. The 650MT isn’t just good looking for a Chinese bike, but has styling that can hold its head high against Japanese and European opposition. That’s in part thanks to a new design direction from the firm, already revealed on the 150NK and the brand new 400NK and 650NK models. It’s been guided by European design house Kiska, best known for its work on KTMs, but at least part of the last CFMoto styling is believed to have been penned in-house.

Underneath that surprisingly sleek bodywork lies the same 650cc parallel twin engine – very close in design concept to the Kawasaki ER-6 motor – and tubular steel frame that’s already used on the CFMoto 650NK. But the addition of a new, banana-style swingarm and long-travel upside-down forks lifts the bike for a more adventure-style stance. Taller bars and repositioned pegs give a more upright riding position, too, but the road-only tyres on 17-inch wheels show that it’s got no intention of being used off-road.

CFMoto is claiming a weight of 213kg for the new bike, which is again almost identical to Kawasaki’s rival offering, since the Versys 650 is 216kg in the ABS-equipped form that will be sold here next year. Of course the Chinese bike also has ABS, as will every machine over 125cc sold in Europe next year.

Other key figures include an 840mm seat height, identical to the Versys, and a 1415mm wheelbase which is – you guessed it – exactly the same as a certain Kawasaki… The CFMoto’s 18 litre fuel capacity is 3 litres short of the Japanese bike though. Length and width are within a couple of centimetres of the Versys, too.

All that means the key figure will be the price. Low cost has long been the main selling point of CFMoto machines, and if the 650MT follows suit it will in effect be a brand new alternative to a second-hand Versys. Without the ungainly styling that so often compromises Chinese machines, if the build quality is up to scratch it might be a very tempting proposition. 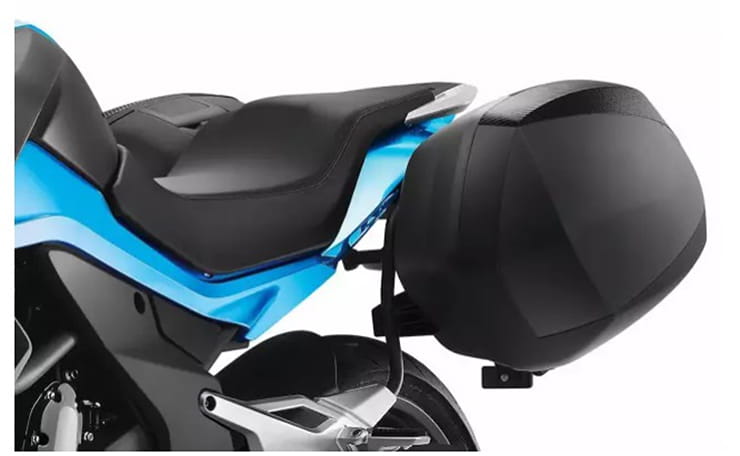