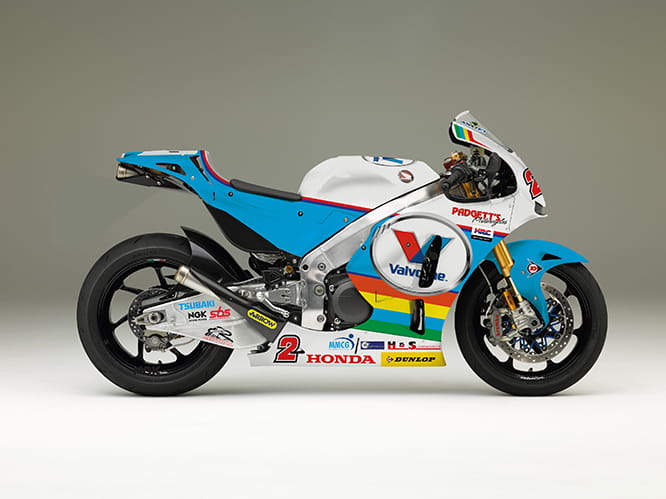 The Flying Kiwi, Bruce Anstey, will race Honda’s “MotoGP bike for the road” at the Isle of Man TT races this year. The RC213V-S will be run by the Valvoline Racing by Padgett’s Motorcycles team and will compete in both the RST Superbike and PokerStars Senior TT.

The hand-built V4 Honda is a production version of Marc Marquez’s RC213V MotoGP machine with Anstey’s machine featuring the extra £10,000 race-kit which takes power from 157bhp to over 212bhp, dropping its dry weight down to just 160kg.

Grand Prix legend Ron Haslam described the RC213V-S as “the best bike I’ve ever ridden” at the press launch at Valencia last September. Alongside him that day was Bike Social’s own Marc Potter who was among just three UK journalists to ride the road and race-kit versions. Read his full review and watch the video here.

Anstey is a 10-time TT winner with a further 25 more podium finishes to his name and last year won the Superbike race followed by 3 more podiums. He is also the second fastest man ever to lap the iconic 37 ¾ mile Mountain Course.

It’s understood that Anstey has yet to test the striking race-kit version of the Honda –but will ride it in practice alongside the superbike-spec Fireblade that he rode in 2015.

Anstey said, “The RCV should be an absolute weapon because it has loads of power but it feels as nimble as a 600.” he said. “It should be stable too as it’s over 2 inches longer than a Fireblade but is still really small and compact. I am really looking forward to seeing how it handles through the quick corners because it will be able to turn so fast.” 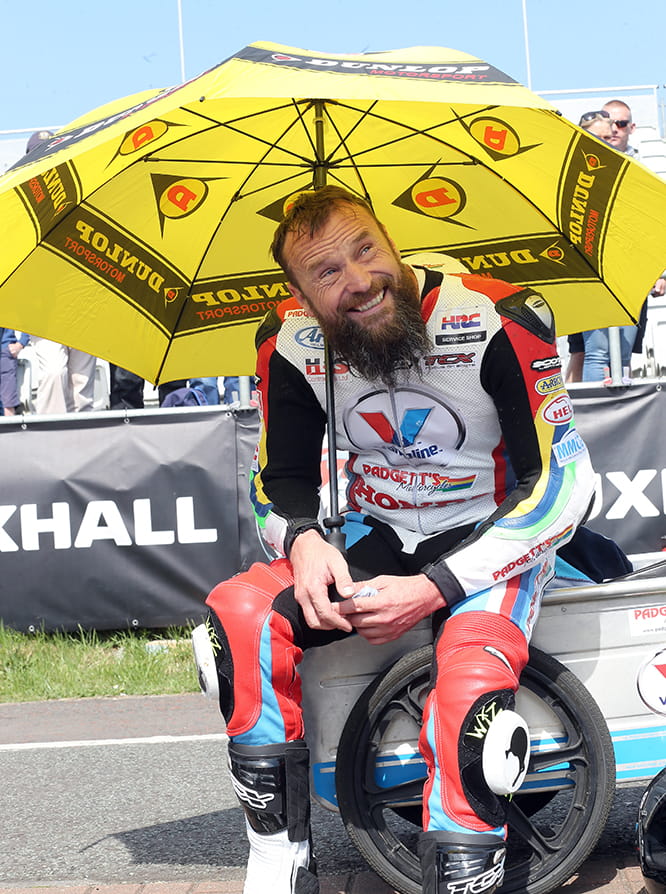 Team boss, Clive Padgett, said, Preparing the RCV for the rigours of the world’s toughest motorcycle race has been a huge challenge for Clive Padgett and his Valvoline backed squad. “It has been a very difficult project to pull together,” he admits. “We have had to beef the bike up for the TT course and we can’t get anything off the shelf so everything has had to be made bespoke. Things like the wheels, the K-Tech forks, the rear shocks, the brakes and the radiator guards have all had to be specially made.”

Padgett knows a thing or two about racing at the Isle of Man TT with top four finishes in 33 of the last 39 races.

The 2016 Isle of Man TT begins on Saturday with first practice for the superbikes on Monday 30th May. Click here for the full practice and race schedule.