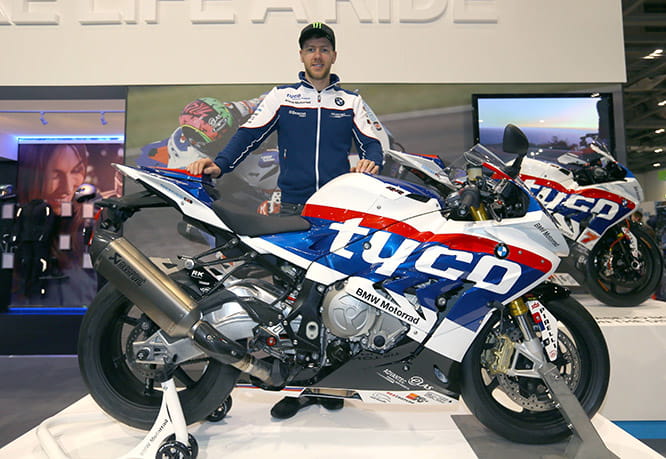 BMW has launched a limited edition replica of the S1000RR machines that will be raced in Tyco colours in this season’s British Superbike Championship and international road races.

Just 75 examples of the UK only model will go on sale, priced at £21,240, and BMW claims that the tricked up machines are the highest ever spec S1000RRs to go on sale in the country.

Naturally it comes with all the factory-fit performance options, meaning that you’ve got dynamic damping control, dynamic traction control and gear shift assist pro on top of the already tasty standard S1000RR spec.

What's more, the special edition sports the livery that will be raced by Tyco trio Ian Hutchison, Christian Iddon and Michael Laverty in 2016 and features close to £3,000 worth of parts from the BMW performance catalogue, including an Akrapovic end can, forged wheels, race style footrest and levers, as well as LED indicators and a storage package that includes paddock stand, pit mat and bike cover. It also comes with cruise control and heated grips, although we can’t see these being used too often on this trackday weapon.

The Tyco BMW Race Replica is available through regular BMW dealers on a first come, first served basis. It’s a lot of money for sure, but promises to be the closest thing to a British superbike for the road that you can buy, although with prices for the standard S1000RR starting at a more wallet friendly £13,850, entry to the 200hp club needn’t be so expensive.